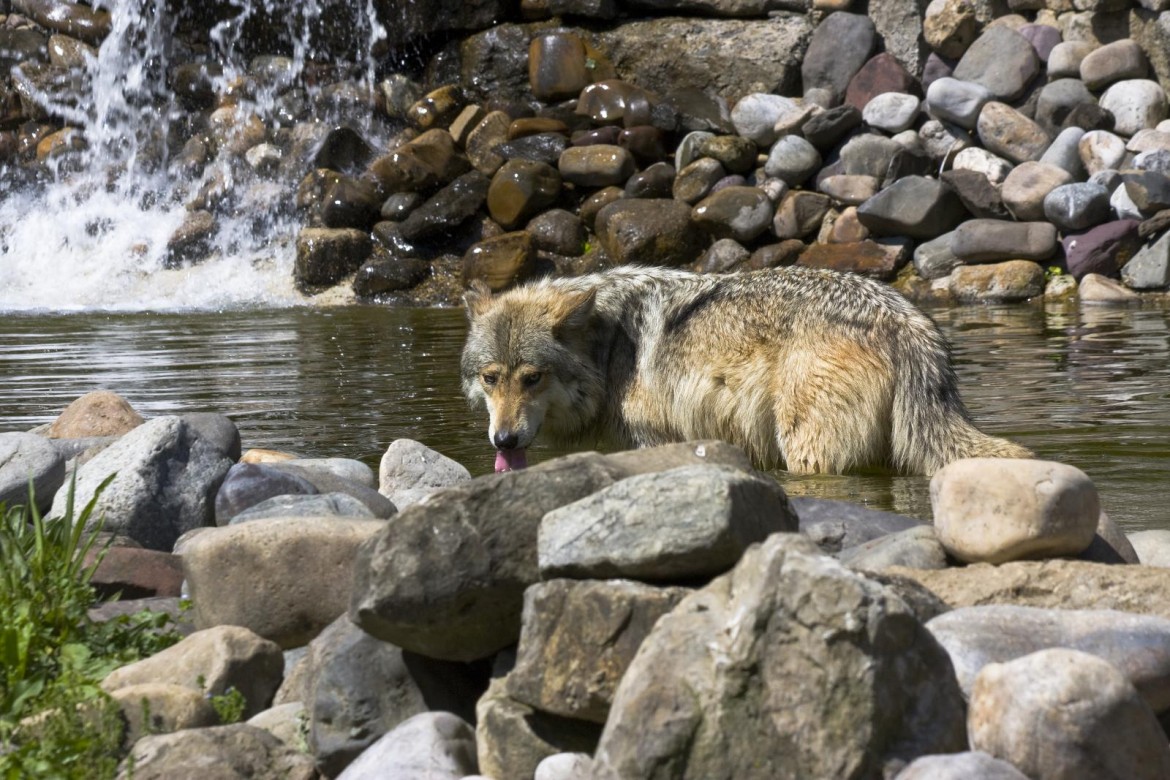 Just a week after the announcement that U.S. Fish and Wildlife Service Southwest Regional Director Benjamin Tuggle would be reassigned, the agency issued a notice saying it will give states the authority to decide where and when Mexican gray wolves can be released.

On Thursday, the agency released a draft revision to its Mexican Wolf Recovery Plan, which guides plans to remove the wolf from protection under the Endangered Species Act.

Under the administration of Gov. Susana Martinez, New Mexico has opposed wolf reintroductions, and in 2011, the Game Commission ended the state’s participation in the program. The commission also voted to stop the federal government from releasing any new captive-raised wolves in the state and sued. A federal judge then blocked any new releases.

Now, the Fish and Wildlife Service appears to be conceding its authority on wolf releases to the states.

According to the document about to be published in the Federal Register:

In order to achieve the genetic criteria for downlisting and delisting the Mexican wolf in this Plan, the states of New Mexico and Arizona, and the Mexican government, will determine the timing, location and circumstances of wolves into the wild within their respective states, and Mexico, from the captive population, with the Service providing collaborative logistical support and facility of those recovery actions.

Unlike earlier plans, in which scientists looked at expanding the areas where wolves are released and allowed to live, such as northern Arizona and New Mexico and Utah, the new plan’s recovery strategy is focused only on the area south of Interstate-40 in New Mexico and Arizona and parts of northern Mexico.

“They’re boxed into a little area as if they’re in a zoo,” said Bryan Bird, southwest program director with Defenders of Wildlife. “What it basically means is they will not be able to reach their true ecological potential, which is called the Yellowstone Model, where wolves can have a transformative effect on ecosystems all the way down to fish and water quality.”

Wolves were reintroduced to the Yellowstone area in 1995, and had a ripple effect throughout the ecosystem, triggering changes in elk populations, the vegetation along rivers and streams and even beaver populations.

The Fish and Wildlife Service’s plan is available for public comment until August 29, and there will be four public meetings this summer in New Mexico and Arizona: