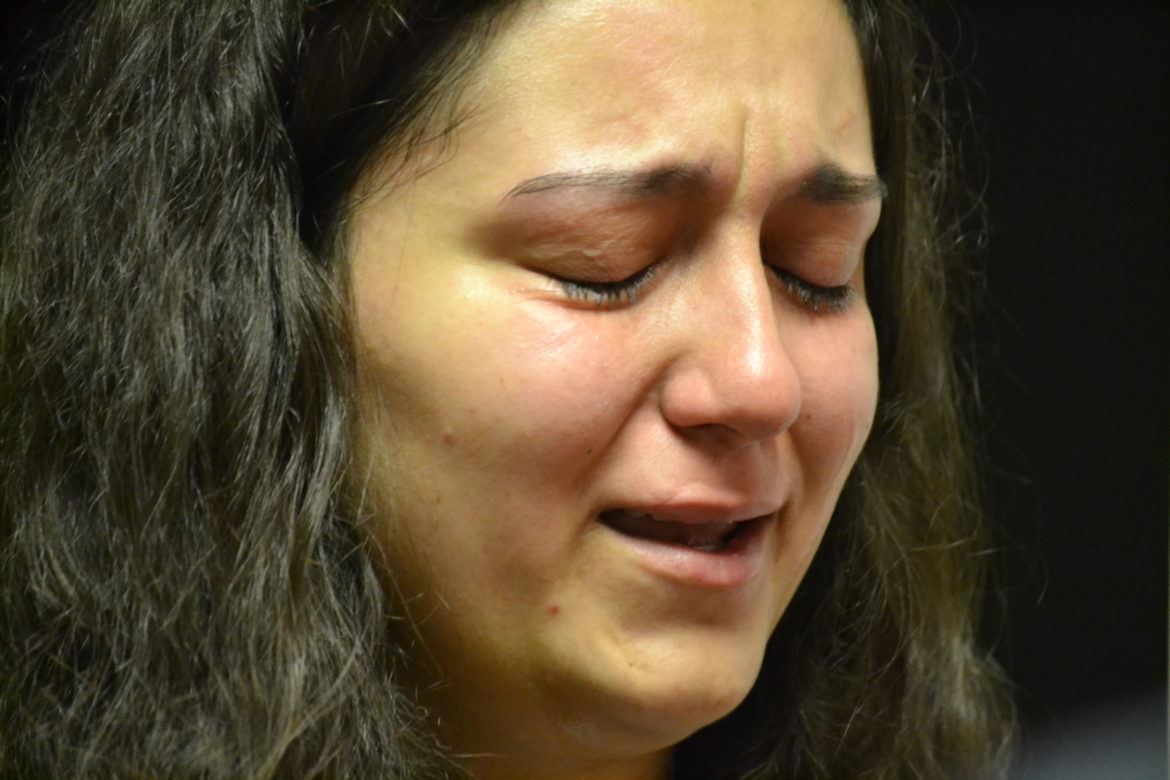 An Iraqi refugee already on removal status with the U.S. Immigration and Customs Enforcement (ICE) is preparing for what might be his last check-in meeting with officials before being sent to a federal jail facility to await possible deportation. First admitted to the United States in 1994, Kadhim Albumohammed is facing federal detention because of two misdemeanor convictions he served time for more than 20 years ago.

Albumohammed’s lawyer Rebecca Kitson said at a press conference on Tuesday that his client is mentally “processing the information” he received in a letter from ICE asking him to “report for removal.” But, after a federal judge in Michigan ruled last week that Iraqi refugees can stay in the United States until July 24, it’s unclear how long Albumohammed might be detained.

Kitson told reporters that it seems the only reason ICE would detain Albumohammed is “purely punitive” as he has never been a flight risk and is not a danger to the community.

Courtney Albumohammed, Kadhim’s daughter, told reporters it is unnecessary to detain her father.

“He’s never not done what he’s supposed to do,” she said, adding that he has never missed an appointment with ICE officials.

Last month, Kadhim Albumohammed showed up for a scheduled appointment with ICE officials, fully expecting to be detained and possibly deported. About 100 demonstrators also showed up at the office in support of Kadhim Albumohammed. A spokeswoman for the agency previously told NM Political Report a number of appointments that day were rescheduled for “safety and security reasons.”

ICE officials did not respond to follow up questions regarding security risks or whether the agency plans to detain Kadhim Albumohammed until they can legally deport him back to Iraq.

Ahead of his Thursday meeting, Courtney Albumohammed said ICE officials instructed her father to bring his belongings in a “bag that’s no heavier than 25 pounds.”

Fighting back tears, Courtney said her father’s situation is not easy to talk about.

“He’s my best friend,” Courtney said. “We do everything together.”

Kitson said Kadhim Albumohammed’s public allegiance to the United States, which could make him seen as a traitor in Iraq, along with health problems like diabetes and chronic obstructive pulmonary disease (COPD) that would make it difficult and likely dangerous for him to live in Iraq.

The U.S. State Department’s most recent travel alert for Iraq warns all U.S. citizens against travel to Iraq, noting that they are at a “high risk for kidnapping and terrorist violence.” The warning adds that travel within Iraq remains “very dangerous.”

Until recently, Iraqi refugees were not deported from the United States, because the middle eastern country would not accept them. After President Donald Trump’s travel ban, the U.S agreed to drop Iraq from the list of banned countries in exchange for the ability to deport those like Kadhim Albumohammed.

Kitson said Kadhim Albumohammed’s only remaining family in Iraq is his son who was reportedly kidnapped and has been missing for three years.

Kitson told reporters since Kadhim Albumohammed has exhausted all of his legal options to stay in the country, his only hope of not being deported is if ICE agrees to reopen his case.

Correction: This story originally referred to Kadhim Albumohammed as Al-bumohammed , but his name is spelled without the hyphen according to his family.