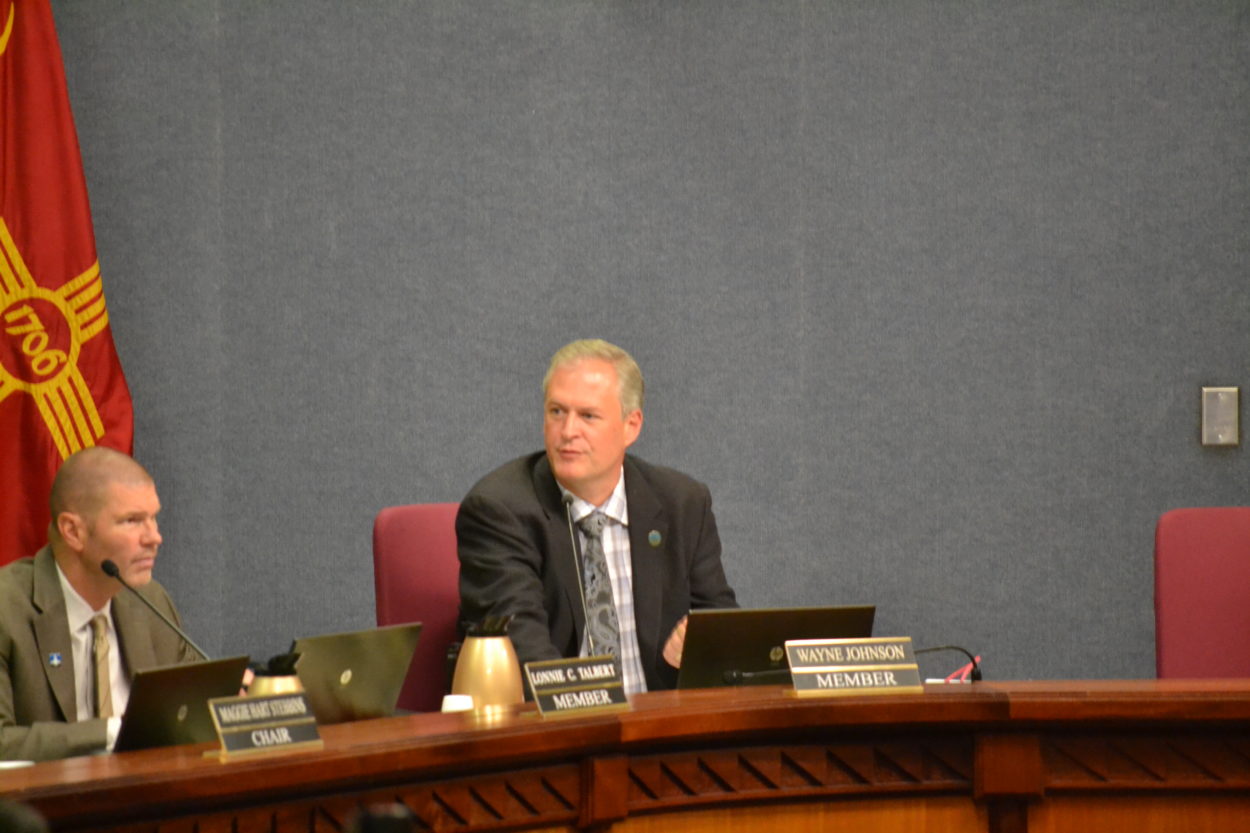 The Bernalillo County Commission reiterated its commitment to being an immigrant-friendly community. On Tuesday night, commissioners voted 4-1 against a provision that would have rolled back that status.

County Commissioner Wayne Johnson, a Republican who is running for Albuquerque mayor, introduced a proposal to bring the county in alignment with the federal government’s current policy on detaining people who are in the country illegally.

“There is nothing in this resolution that directs or even implies that the Bernalillo County Sheriff’s Department should be enforcing federal immigration law,” Johnson said. “Everything in this resolution puts the burden on the Department of Homeland Security and on Immigration and Customs. It allows access to detainees, identified by the DHS, and it allows notification when those identified detainees will be released 48 hours prior and then it would allow, in the very specific condition, for us to hold someone for 48 hours if the Department of Homeland Security agrees to indemnify the county against liability.”

Johnson’s proposal would have rescinded a resolution passed by the commission earlier this year that declared the city immigrant-friendly.

“This is not about being anti-immigrant,” Johnson said. “It is about being pro-law and abiding by that law and cooperating with the federal authorities who rightfully and constitutionally have the obligation and the authority to enforce immigration law set at the federal level.”

Steven Michael Quezada, whose resolution Johnson’s would have undone, defended his original proposal and said it protected the constitutional rights of people  in detention.

“You’re innocent before you’re guilty,” Quezada said. “So your due process is not the right of an American, it is a human right, as a human being to have due process.”

Lonnie Talbert, the only other Republican on the panel, said he appreciated the “civil” discussion on the resolution during the public comment portion of the meeting ahead of the vote.

Many of those during public comment expressed their opposition to the proposal.

She mentioned that San Juan County was potentially on the hook for hundreds of thousands of dollars in settlements because of the 48-hour ICE holds.

Others said Johnson’s proposal would actively hurt public safety in the county.

“By encouraging our already taxed police department to take on the enforcement of immigration policy, it blurs the line between a civil offense and criminal one,” Wendy Fabian said. “It essentially tramples the civil rights that are constitutionally afforded someone regardless their nationality or status.”

Others, including many from immigrant-rights organizations, criticized the proposal harshly. At one point, Adriel Orozco, an attorney at the New Mexico Immigrant Law Center, asked those opposing the resolution to stand up. A wide majority of those in attendance stood up and applauded.