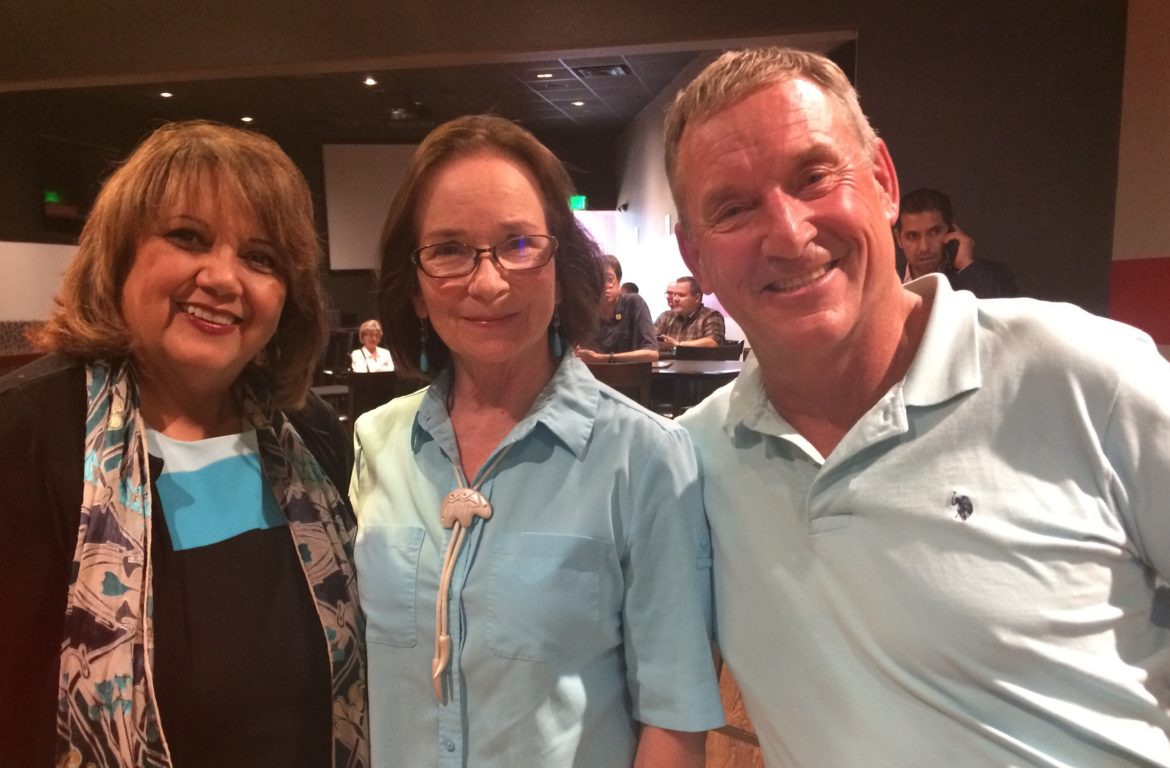 It was a great conversation—and we hope you don’t miss our next event in September. To find out about these panels ahead of time, make sure you’re subscribing to our newsletter. Or, find us at Twitter and Facebook.

Just in case you missed any of the news from NM Political Report, here are our most important stories from the week.

Mum’s still the word on national monuments, by Laura Paskus — U.S. Department of the Interior Secretary Ryan Zinke submitted his review of 27 national monuments to the White House, but still hasn’t made his recommendations public. Also, Utah Rep. Rob Bishop says he plans to introduce legislation to “clarify” the Antiquities Act.

Political consultants see big figures in ABQ mayoral race, by Andy Lyman — Everyone knows that a lot of money rolls into campaign coffers these days. But where does it all go? More than you probably realized goes toward political staff and consultants.

As transportation tech hits new age, New Mexico lags behind, by Matthew Reichbach — If New Mexico really wants to zoom off into the future with autonomous cars, legislators are going to have to work out some of the kinks.

Boyfriend’s betrayal: ABQ woman jailed after ATF informant lured her into drug deals, by Jeff Proctor, New Mexico In Depth — The case of Jennifer Padilla highlights a claim of wrongdoing by the ATF in an operation that had already drawn community and legal scrutiny.

At Bundy Ranch trial, questions on guns and violence, by Tay Wiles, High Country News. The jury didn’t deliver any guilty verdicts in this trial, but earlier in the week, Wiles laid out the stakes for readers.

Failure to set cost of carbon hampers Trump’s effort to expand use of fossil fuels, by Andy Revkin, ProPublica. President Trump’s executive order “promoting energy independence and economic growth” rescinded earlier calculations of the social cost of carbon. But the administration still hasn’t come up with a new cost estimate, and that delay could backfire.