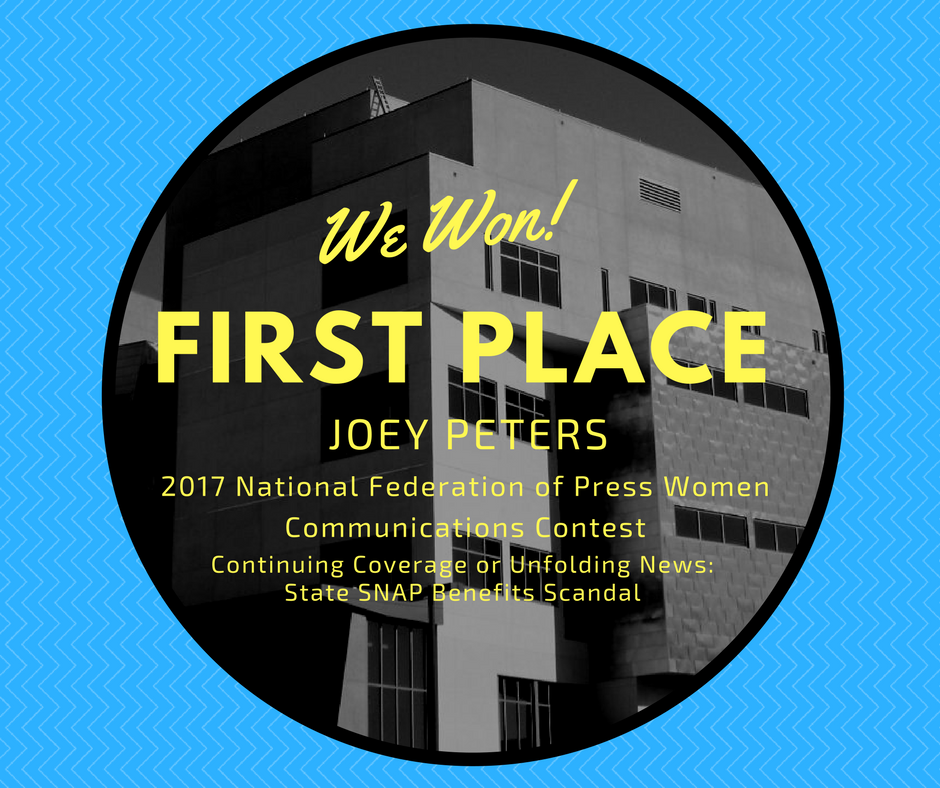 Peters wrote more than two dozen stories about the New Mexico Human Services Department’s trouble following federal law on emergency Supplemental Nutrition Assistance Program applications. He broke news of state workers testifying in federal court they were told to change applications by adding fake funds, which gave the state more time to process the applications. This meant that those who sought emergency funding to feed their families had to wait to learn whether they’d receive funding food.

A judge eventually appointed a special master to oversee the program in the state and held HSD Secretary Brent Earnest in contempt of court over the agency’s actions.

Peters led the coverage, even when the state department refused to to comment on proceedings or he had to travel hundreds of miles of travel.

His national award is addition to the five awards we won in the New Mexico Press Women Communications Contest, including three first place awards in the “News Story-Online Publication” and “Green/Environmental” categories.