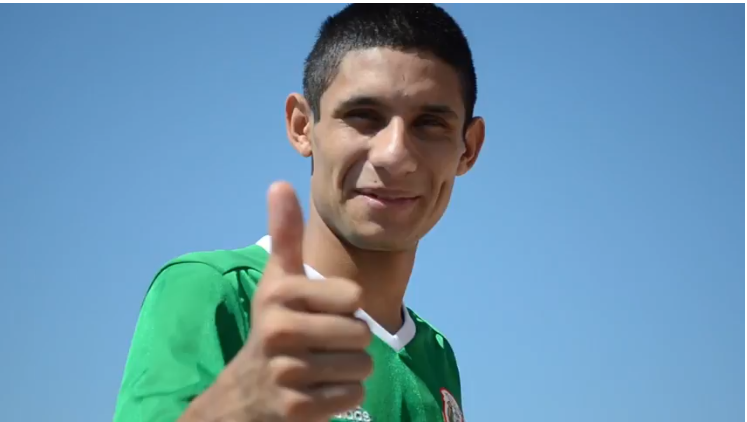 Off to the side of Highway 10, somewhere in between Las Cruces and El Paso, Michel Nieves lives in a house with his parents and four siblings.

Nieves and his two siblings are three of more than 7,000 recipients in New Mexico and up to 800,000 across the nation affected by the Trump administration’s Sept. 5 decision to end DACA if Congress doesn’t pass a permanent fix by March 2018, according to the Migration Policy Institute.

In Michel’s living room pictures of four children in caps and gowns embellish the orange pastel walls, including his youngest sister with a diploma in her hands from her preschool graduation.

Missing from the bunch is his 16-year-old sister, but a portrait of her in a white quinceñera gown hangs besides the graduates.

“My sister qualified for DACA, but when my mom did all the process, the lawyer told my mom they had to stand by because they didn’t know what will be the future of DACA,” Nieves said.

The U.S. Citizenship and Immigration Services “will adjudicate initial requests for DACA accepted by Sept. 5, 2017,” according to its website.

“It was in July and the lawyer found it difficult because immigration was focusing on applicants that were renewing their DACA status and not those applying for the first time,” Nieves said.

Today is the deadline for those qualified for renewal to submit requests.

To be considered eligible, each DACA recipient needed to be younger than 31 on June 15, 2012. They also needed to have arrived in the United States before turning 16 and to have lived in the country continuously since June 2007.

Created in 2012 under former President Barack Obama, DACA allows those brought to the states illegally as children the temporary right to live, work and study in the U.S. without the risk of being deported. These people are also known as Dreamers. Most are of Mexican or Central American descent.

DACA’s future, and with it the future of its recipients, is uncertain. In his message, Trump gave Congress six months to find a permanent solution before the program is terminated, and it’s unclear whether federal lawmakers can reach an agreement. Two Republican senators introduced a bill last week called the SUCCEED Act that includes tougher hurdles and a 15-year waiting period to become eligible for citizenship, and does not allow the Dreamers to sponsor family members.  But the bill will face challenges from both the right and left in Congress.

For many DACA recipients, the U.S. is the only home they have known, and many are now scared of being deported.

Nieves is fearful too, he said.

“My parents and my brothers, we are planning what to do in case we got deported or my parents got deported. Yes, I mean in a kinda way I’m still, in this occasion, in this situation, I have fears,” Nieves said.

If DACA is not replaced, and if Nieves’ parents are deported, what would happen to his 5-year-old sister?

“Mom told me that she would take her to Mexico,” he said.

Like many DACA recipients, Nieves dreams of his future, and of college. He hopes to attend within the next year or so. His plans are not fixed and they spill out of him: He wants to start his own business, study communications to become a radio host or become a law enforcement officer.

“I have to go to school!” Nieves said.

The uncertainty surrounding the DACA program could complicate that goal. The program gives recipients the freedom to pursue higher education, but if it disappears it’s unclear what would happen to young people such as Nieves.

Laura Gutierrez-Spencer, director of Chicano Programs at New Mexico State University, said there is hope for New Mexico Dreamers, however.

Speaking at a rally in Las Cruces the same day U.S. Attorney General Jeff Sessions announced the news in Washington, D.C., Gutierrez-Spencer told a crowd of about 100 that “undocumented students are going to be able to maintain their NMSU scholarships, including the Lottery Scholarship, because of the Senate Bill 582.”

The legislation was passed by the New Mexico Legislature and signed into law by Gov. Bill Richardson in 2005. It enables undocumented students to qualify for in-state tuition and financial aid at the state’s higher education institutions as long as they had spent at least a year at a New Mexico middle or high school, or received a General Education Diploma (GED).

Gutierrez-Spencer encouraged rally attendees who clustered near the Pan American Center on the NMSU campus to reach out to her. She is willing to help the undocumented, DACA students and family members to attend college, she said.

The rally was one of several organized around the state by the New Mexico chapter of the United We Dream organization, a statewide network dedicated to educating the community with resources of how to help individuals to defend themselves from social injustices.

“It bothers me so much that they can think that someone who is trying to educate themselves and to have a better future is going to ruin their country, I cannot understand it,” said NMDT organizer Elizabeth Castrejon, 25, who coordinated the Las Cruces rally.

Castrejon grew up in Juarez and immigrated legally to the United States. But because Spanish was her first language, she speaks English with an accent, which people have commented on.

Although she is not a DACA recipient, “Some part of me feels I am a Dreamer,” she said.  “Sometimes I feel like I am fighting for myself as well.”

Coming to the United States

He and his family left their home in Santa Clara, Durango, Mexico, when he was 6.

A relative helped the children gain entry by claiming them as his own children when they crossed the international bridge in 2003, Michel said.

He and his siblings were asleep during the car ride over.

“When I opened my eyes, I was already in the bed in my aunt’s house,” Nieves said.

His parents had arrived illegally on foot a day earlier.

As the interview with Nieves ended, as if on cue, his father walked through the front door. Seeing the camera mounted on a tripod and his son talking with a stranger, he looked puzzled.

Because Nieves’s father is undocumented, the family asked that his name not be used.

“Gustas gorditas?” he said, offering to a visitor some food from the bag he held.

After filling him in on what he was talking about, Nieves invited his father to sit on their cocoa-colored couch to share what he remembered about the family’s journey into the U.S.

Nieves’ father was the first to come to America. For years, he worked alone in the United States, he said. Every time he would go back home to visit, he would have a lump in his throat when the bus would pass his small hometown. But he felt his sacrifice was worth it to make sure he could feed his family and give them a better life. In the pueblo where the family is from, having something to eat was never certain, his father said. After about eight or nine years in the U.S., he asked his wife to join him.

At first, she refused. She was not interested because she knew no one in the U.S., he said.

But eventually she agreed, and Nieves’ father returned to Mexico to gather up his young family for the difficult passage to the U.S. His oldest child was 10 at the time.

“My path was to get to Juarez and for us to pass from there … well, we did not go through the desert, we went through the fields, a few fields on the outskirts of Tornillo, I think.”

He looked off as he tried to remember. He  recalled going through farm fields with his wife and walking alongside a 15 foot canal.

“We passed quickly, in two minutes we were on the American side,” he said.“We jumped at 9 in the morning and by midday we were already fulfilling a dream, we were already home, and to this day we have not returned.”

His decision to make a better life for himself and his children has not been without hardship. His kids had a difficult couple of years after arriving in the U.S., he said. They wanted to return to their pueblo, but could not visit family when there was no easy way to get back. And, he said, many of his friends and family have died over the 14 years since they crossed over illegally and he has never had a chance to attend their funerals and say goodbye.

As a father of three DACA recipients, the announcement to rescind the program has affected  Nieves’ dad.

“To finish DACA, it was like a punch to all those DACA Dreamers because they have the authority to study, the authority to work,” he said. “It is a dream to walk in the United States and walk freely. Not like one (an undocumented immigrant) who goes out and looks around in every direction.”

He hopes that the Congress can come up with a replacement, “something positive,” for DACA before the deadline set by the Trump administration passes by.

The politics of the DACA decision

New Mexico’s congressional delegation and political leaders of both political parties were swift to react to the Trump administration’s decision.

Asked if the congressman planned to actively engage in finding a permanent solution and by what means, Pearce’s office responded via email.

“I will work with my colleagues on both sides of the aisle to find a solution that ensures fairness and justice for Americans and children who only know the U.S. as home,” the email said. “Whether that’s done by sponsoring my own legislation or working with other Members, I remain committed to finding long-term solutions. Much is still left to be decided, which is why I encourage the House to prioritize immigration reform in the coming months.”

Across the political aisle U.S. Sen. Martin Heinrich, D-N.M., described the DACA decision as a “heartless and a grave mistake” in a news release.

Heinrich supports the bipartisan DREAM Act introduced by Sens. Dick Durbin, D-Ill., and Lindsey Graham, R-S.C., one of the most recent versions of legislation Congress has struggled to pass since 2001.

Across the U.S., meanwhile, 16 state attorneys general have filed lawsuit in federal court to protect DACA, including New Mexico’s Hector Balderas. The lawsuit argues that ending the program would violate the 14th Amendment by discriminating and providing unfair procedures to Dreamers.

Since the Sept. 5 announcement, President Trump has made news for talking with Democratic congressional leaders about the framework of legislation that could make DACA permanent. But congressional leaders have not agreed on the particulars, leaving it uncertain what will happen to Nieves and his siblings and the other Dreamers across the nation.

That uncertainty didn’t stop Nieves from encouraging his fellow Dreamers to fight for their place in America.

“We need to come together and keep fighting so we can live peacefully and without fear, and most importantly, we must come out of the shadows that we’ve been in,” he said.