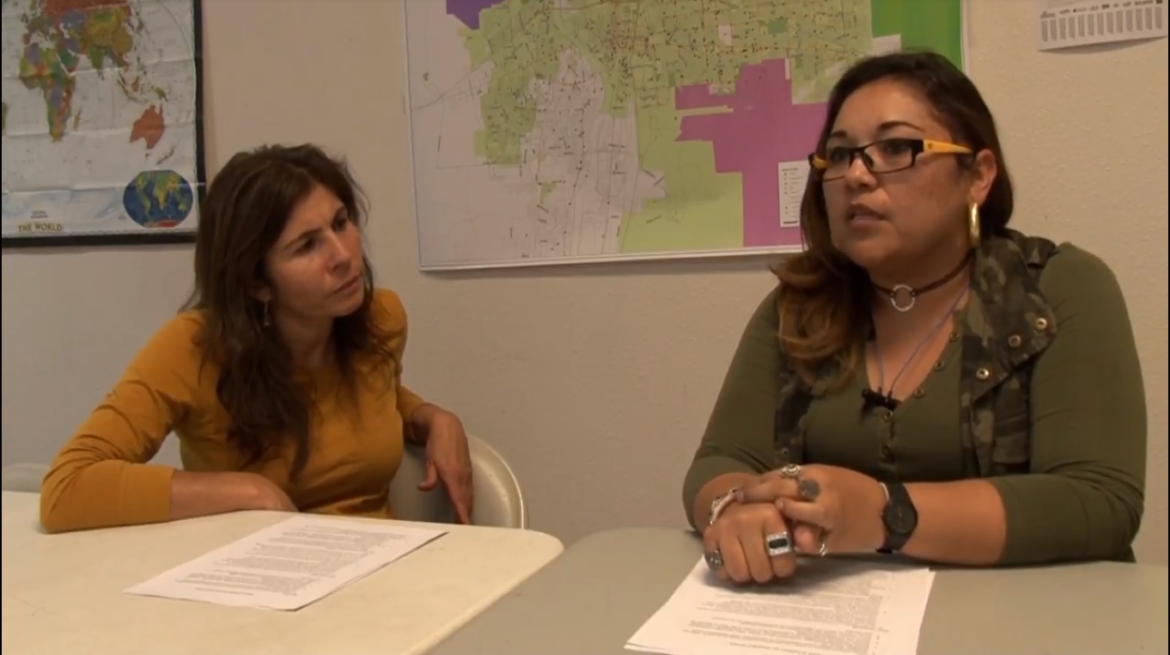 As Albuquerque heads into a runoff election next week to choose its future mayor, local immigrant and refugee advocates stress that having a positive relationship with Albuquerque’s next mayor is very important to the wellbeing of their communities.

New Mexico In Depth spoke with leaders of four nonprofit organizations who work with immigrants and refugees about what’s at stake as the city nears the final vote on who will be its next mayor. A range of issues were mentioned: family unity, worker’s rights and skills development, safety, and breaking down institutional racism perpetuated by city practices and policies. All stressed the need for a mayor who cares about immigrants and refugees.

“The leadership in the city sets the tone for the attitude and approach to working with the immigrant community, and if that tone is a positive one, then the business community can fall in line, the educational community, the health community,” said Andrea Plaza, executive director of Encuentro, an organization that provides education and skill development for immigrants.

It also sends a message across the country about what kind of city Albuquerque is and how we support or don’t support the immigrant community, she added.

Encuentro collaborates with El Centro de Igualdad y Derecho, an organization that organizes with Latino immigrants to achieve civil and other rights.

“We need someone who is willing to work with us, to fight with us, to keep families together, to have worker’s rights place, said Fabiola Bawden, community organizer at El Centro.

Bawden said it’s important for the city to not collaborate with Immigration and Customs Enforcement because of the risk to families. She gave as an example her brother, who was deported when he was detained.

Immigrants give a lot to the city and state, she said, and sounded a positive note about Albuquerque.

“Albuquerque’s been really good with the immigrant community and we want to keep it like that,” she said. “We’re going to do our best to have a good relationship with the future mayor,” she said.

Politicians make a lot of promises, but unfortunately some of them forget what they promised once elected, said Nkazi Sinandile, Immigrant and Refugee Village of Albuquerque.

“If people elect someone who doesn’t really have their heart in the prosperity of refugees and immigrants in this city … there will be no changes,” she said. “But if we get someone who is concerned about all people and not exclusive of other nationalities, then I do have hope.”

Sinandile stressed that while refugees come with a lot of needs, they bring a lot of skills that if they are helped in developing will benefit Albuquerque’s economy.

“They can create their own businesses, they do contribute to our economy, … they pay taxes,” she said. “While there are negative stereotypes, they have skills, they work hard, they are proud people and want to support the communities they live in.”

Fitting in and belonging are two different things, said Huong Nguyen, noting the need for immigrants to be able to be themselves while at the same time they adapt to their new community. And, she said, undocumented individuals in the Asian community need safety.

“We want to make sure they are safe, they should be together with their family here, they should not be deported because of their status,” she said.

“We want to see Albuquerque as a place to nurture, support immigrant and refugees, people should feel safe here,” she said.

Nguyen also said that city institutions have practices and policies that continue to perpetuate racism and oppression against communities of color.

“We hope the new mayor, the new city government will improve that,” she said. “Really look at what they are doing, the policy they are implementing, what is really perpetuated, really break the cycle and change.”

Melorie Begay holds New Mexico In Depth’s 2017/2018 fellowship for a current or recently graduated journalism student at the University of New Mexico.

Video was filmed and edited by Melorie Begay.