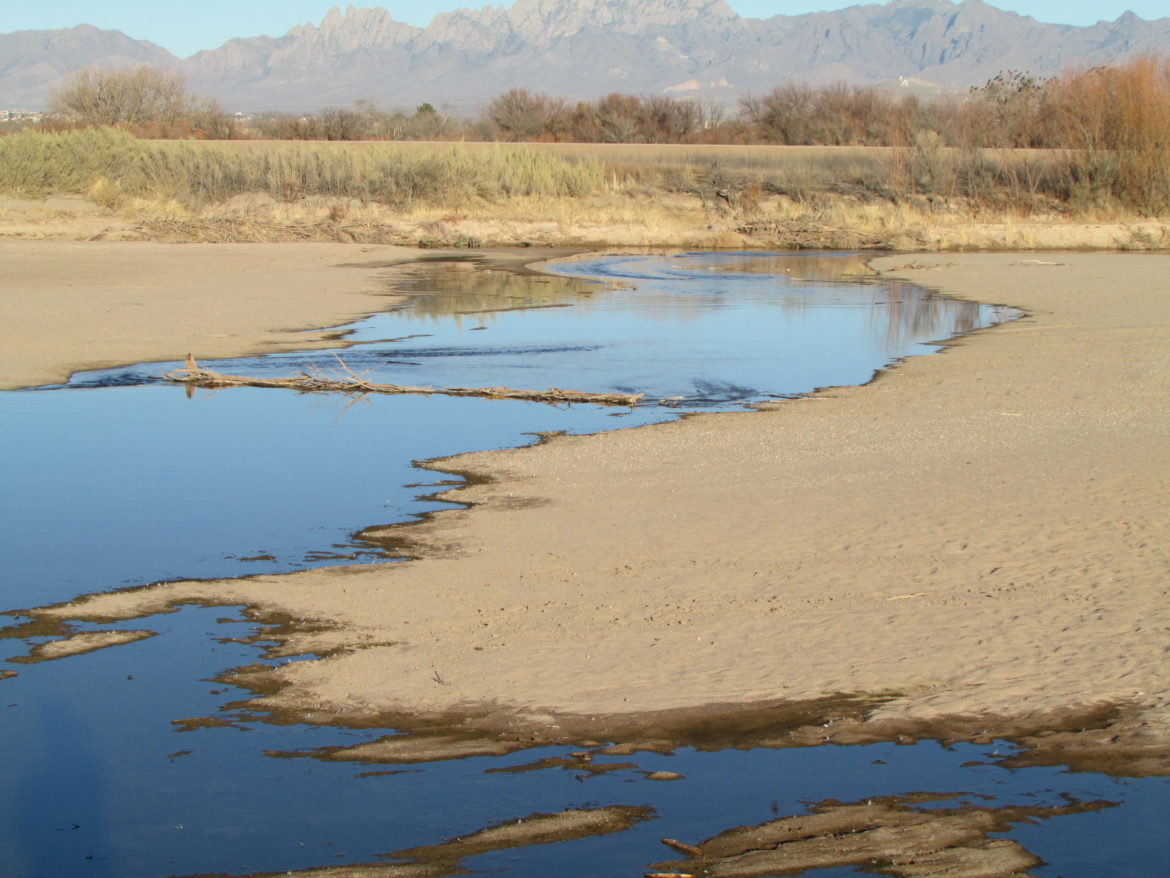 In just four years, New Mexico has spent about $15 million on the case and could face billions in fines if it loses in court.

From Colorado to Mexico, communities siphon and spread water from the Rio Grande. For about a century, every drop of that water has been divvied up among cities and farmers. It’s not unusual to stand alongside an irrigation ditch in New Mexico and hear someone complain that too much water is flowing to Texas. But, in fact, Texas stands on solid ground in its lawsuit against New Mexico over the Rio Grande, oral arguments for which are scheduled for January in the U.S. Supreme Court.

The problem started about 10 years ago when Texas argued that by allowing southern farmers to pump groundwater, which is hydrologically connected to the Rio Grande, New Mexico wasn’t sending enough water downstream. To work things out, the U.S. Bureau of Reclamation, Elephant Butte Irrigation District (EBID) and a Texas irrigation district signed a new water agreement based on sharing during dry times. But in 2011, then-New Mexico Attorney General Gary King sued the bureau, saying too much water was going to Texas. In 2013, Texas fired back with its own lawsuit.

The dispute highlights one tricky fact about water deliveries to Texas: Under the Rio Grande Compact, signed before World War II, New Mexico doesn’t deliver water across the state line, but to Elephant Butte Reservoir about 100 miles north of Texas. From there, the Bureau of Reclamation sends Rio Grande Project water to Southern New Mexico, Texas—and Mexico, too.

That means about 60,000 acres of fields and orchards within EBID occupy a liminal space.

The Bureau of Reclamation also joined the suit against New Mexico, alleging that by allowing farmers to draw water from the river and below ground, the state is allowing people to use more water than they legally should. And it says New Mexico’s diversions interfere with water deliveries to Mexico.

EBID also tried—unsuccessfully—to intervene in the Supreme Court case. “It’s hard to not feel unrepresented, though I say that very carefully,” Barncastle says. “We recognize there are attempts on all sides—by Texas, by New Mexico, by the U.S.—to make sure that the project is protected, to make sure EBID irrigators are protected, and we recognize everybody is trying to balance their own sets of complicated issues.” But, she says, EBID’s farmers are feeling isolated and scared.

“We know what the consequences could be, but we don’t really know what anybody is asking for at this point in the process,” she says. “We can speculate about how bad the loss could be,” Barncastle says: billions in damages, billions of gallons of lost water, and billions in losses to chile farmers, pecan growers and the rest of the agricultural community. “But we certainly know that the outcome, if we do not control it ourselves, is not what we necessarily will want.”

As usual, the questions that NM Political Report posed to the State Engineer, the state’s top water official, were ignored. But the Attorney General’s office formed a joint defense team earlier this year that includes the Office of the State Engineer, the Interstate Stream Commission and Lower Rio Grande water users, like the City of Las Cruces.

Tania Maestas, deputy attorney general, says attorneys for New Mexico, Texas, the U.S. Bureau of Reclamation and Colorado (also named in the suit) will have 10 and 20 minutes each to argue before the Supreme Court in January.

The court won’t decide the merits of the larger case, she says. Rather, justices will decide the extent to which the federal government can be a part of the case. Maestas and Attorney General Hector Balderas will go to Washington, D.C., she says, but will rely on outside counsel for oral arguments. Those contracted firms include Denver-based Trout Raley, as well as Robles, Rael & Anaya in Albuquerque. Trout Raley is well-known for its water work, and Bennett Raley is a former assistant secretary for water and science at the US Department of the Interior. Robles, Rael & Anaya is Balderas’ former law firm, and partner Marcus Rael, that firm’s lead attorney on the case, largely focuses on business litigation and government and administrative law.

“The impact to the state will be far-reaching, all the way from the Colorado border south through the Rio Grande Valley,” says Water and Natural Resources Committee Chair Sen. Joseph Cervantes, whose district is in southern New Mexico. “Texas is also demanding a greater delivery of water to the reservoir itself—which is water that is going to have to come from upstream of Elephant Butte.”

If New Mexico is forced to find more water, it will have to be bought or traded from an upstream user. Or, the state will have to find another source, such as groundwater, and pump it into the river channel. That’s what happened after a similar lawsuit New Mexico lost against Texas on the Pecos River.

“Right now, New Mexico is isolated and opposed by the federal government, the state of Texas and the state of Colorado— and those are very formidable adversaries if our strategy is to fight,” says Cervantes, who is also campaigning for governor in the June primary election. “I think a much better course is to have the right people sit across the table and find solutions with our neighboring states.”

Most New Mexicans don’t realize the implications of losing in the high court. “If Texas is demanding, which we’ve been told, a billion dollars—and New Mexico’s entire budget is $6 billion, we are not being very thoughtful if we don’t anticipate what an adverse ruling would mean to the state financially,” he says. “It would be devastating to everything the state does and the entire state budget.”

This story was published jointly by New Mexico Political Report and the Santa Fe Reporter.