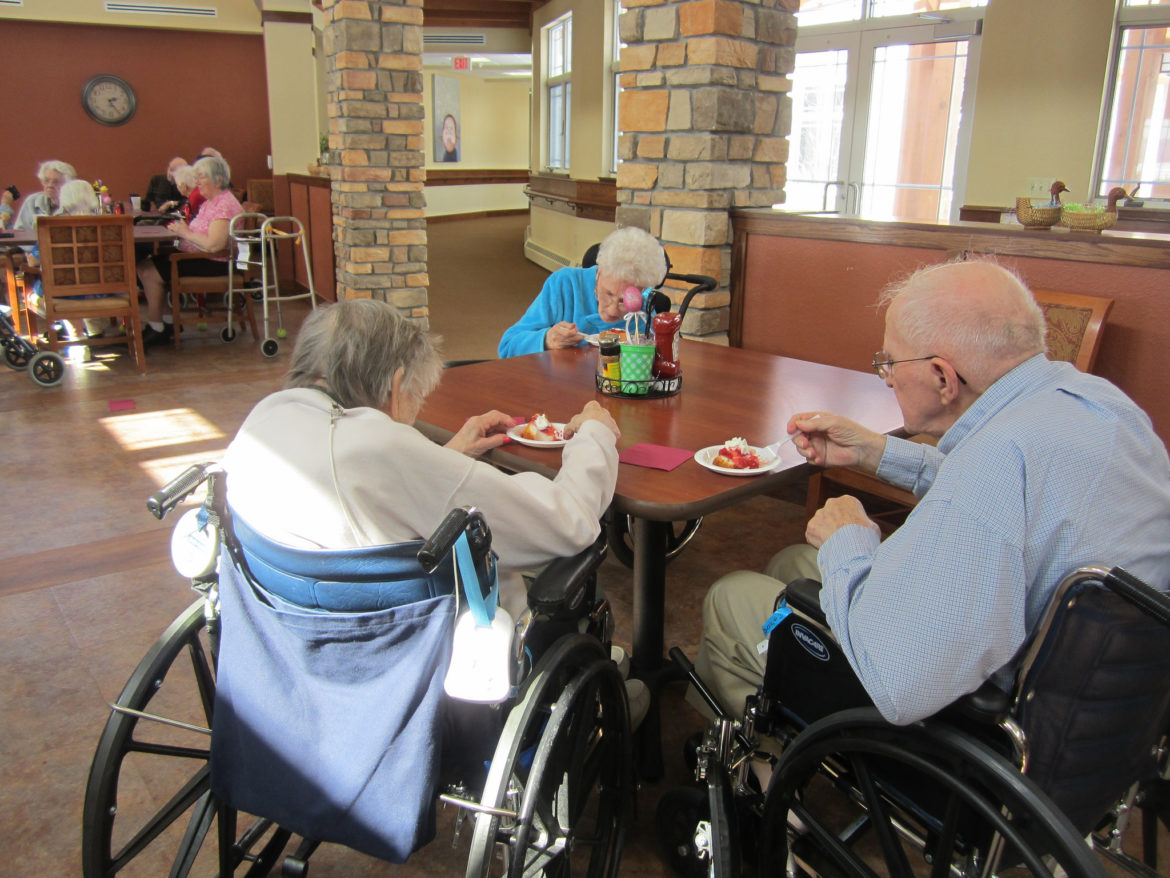 The Trump administration — reversing guidelines put in place under President Barack Obama — is scaling back the use of fines against nursing homes that harm residents or place them in grave risk of injury.

The shift in the Medicare program’s penalty protocols was requested by the nursing home industry. The American Health Care Association, the industry’s main trade group, has complained that under Obama inspectors focused excessively on catching wrongdoing rather than helping nursing homes improve.

“It is critical that we have relief,” Mark Parkinson, the group’s president, wrote in a letter to then-President-elect Donald Trump in December 2016.

Since 2013, nearly 6,500 nursing homes — 4 of every 10 — have been cited at least once for a serious violation, federal records show. Medicare has fined two-thirds of those homes. Common citations include failing to protect residents from avoidable accidents, neglect, mistreatment and bedsores.

The new guidelines discourage regulators from levying fines in some situations, even when they have resulted in a resident’s death. The guidelines will also probably result in lower fines for many facilities.

The change in policy aligns with Trump’s promise to reduce bureaucracy, regulation and government intervention in business.

Please confirm your email address below:

Dr. Kate Goodrich, director of clinical standards and quality at the Centers for Medicare & Medicaid Services (CMS), said in a statement that unnecessary regulation was the main concern that health care providers raised with officials.

“Rather than spending quality time with their patients, the providers are spending time complying with regulations that get in the way of caring for their patients and doesn’t increase the quality of care they provide,” Goodrich said.

But advocates for nursing-home residents say the revised penalties are weakening a valuable patient-safety tool.

“They’ve pretty much emasculated enforcement, which was already weak,” said Toby Edelman, a senior attorney at the Center for Medicare Advocacy.

Medicare has different ways of applying penalties. It can impose a specific fine for a particular violation. It can assess a fine for each day that a nursing home was in violation. Or it can deny payments for new admissions.

The average fine in recent years has been $33,453, but 531 nursing homes amassed combined federal fines above $100,000, records show. In 2016, Congress increased the fines to factor in several years of inflation that had not been accounted for previously.

The new rules have been instituted gradually throughout the year.

In October, CMS discouraged its regional offices from levying fines, even in the most serious health violations, if the error was a “one-time mistake.” The centers said that intentional disregard for residents’ health and safety or systemic errors should still merit fines.

A July memo from CMS discouraged the directors of state agencies that survey nursing homes from issuing daily fines for violations that began before an inspection, favoring one-time fines instead. Daily fines remain the recommended approach for major violations discovered during an inspection.

Dr. David Gifford, the American Health Care Association’s senior vice president for quality, said daily fines were intended to prompt quick remedies but were pointless when applied to past errors that had already been fixed by the time inspectors discovered them.

“What was happening is you were seeing massive fines accumulating because they were applying them on a per-day basis retrospectively,” Gifford said.

But the change means that some nursing homes could be sheltered from fines above the maximum per-instance fine of $20,965, even for egregious mistakes.

In September 2016, for instance, health inspectors faulted Lincoln Manor, a nursing home in Decatur, Ill., for failing to monitor and treat the wound of a patient whose implanted pain-medication pump gradually slipped over eight days through a ruptured suture and protruded from her abdomen. The patient died.

CMS fined Lincoln Manor $282,954, including $10,091 a day for 28 days, from the time the nursing home noticed the problem with the wound until supervisors had retrained nurses to avoid similar errors. An administrative law judge called the penalties “quite modest” given the “appalling” care.

The fines were issued before the new guidelines took effect; if the agency had issued a one-time fine, the maximum would have been less than $21,000.

Lincoln Manor closed in September. Its owner could not be reached for comment, and his lawyer did not respond to an interview request.

Advocates for nursing home residents say that relaxing penalties threatens to undo progress at deterring wrongdoing. Janet Wells, a consultant for California Advocates for Nursing Home Reform, said the changes come as “some egregious violations and injuries to residents are being penalized — finally — at a level that gets the industry’s attention and isn’t just the cost of doing business.”

In November, the Trump administration exempted nursing homes that violate eight new safety rules from penalties for 18 months. Homes must still follow the rules, which are intended, among other things, to reduce the overuse of psychotropic drugs and to ensure that every home has adequate resources to assist residents with major psychological problems.

Rodney Whitlock, a health policy consultant and former Republican Senate staffer, said health inspectors “are out there looking for opportunities to show that the nursing homes are not living up to some extremely tight standards.” He said while the motivation for tough regulation was understandable, “the fines don’t make it easier to hire people and doesn’t make it easier to stay in business.”

In June, CMS rescinded another Obama administration action that banned nursing homes from pre-emptively requiring residents to submit to arbitration to settle disputes rather than going to court.

“We publish nearly 11,000 pages of regulation every year,” the agency’s administrator, Seema Verma, said in a speech in October. That paperwork is “taking doctors away from what matters most: patients.”

Janine Finck-Boyle, director of health regulations and policy at LeadingAge, a group of nonprofit nursing homes and other entities that care for older people, said the group’s members had been struggling to cope with regulations.

“If you’re a 50-bed rural facility out West or in the Dakotas,” she said, “you don’t have the resources to get everything done from A to Z.”