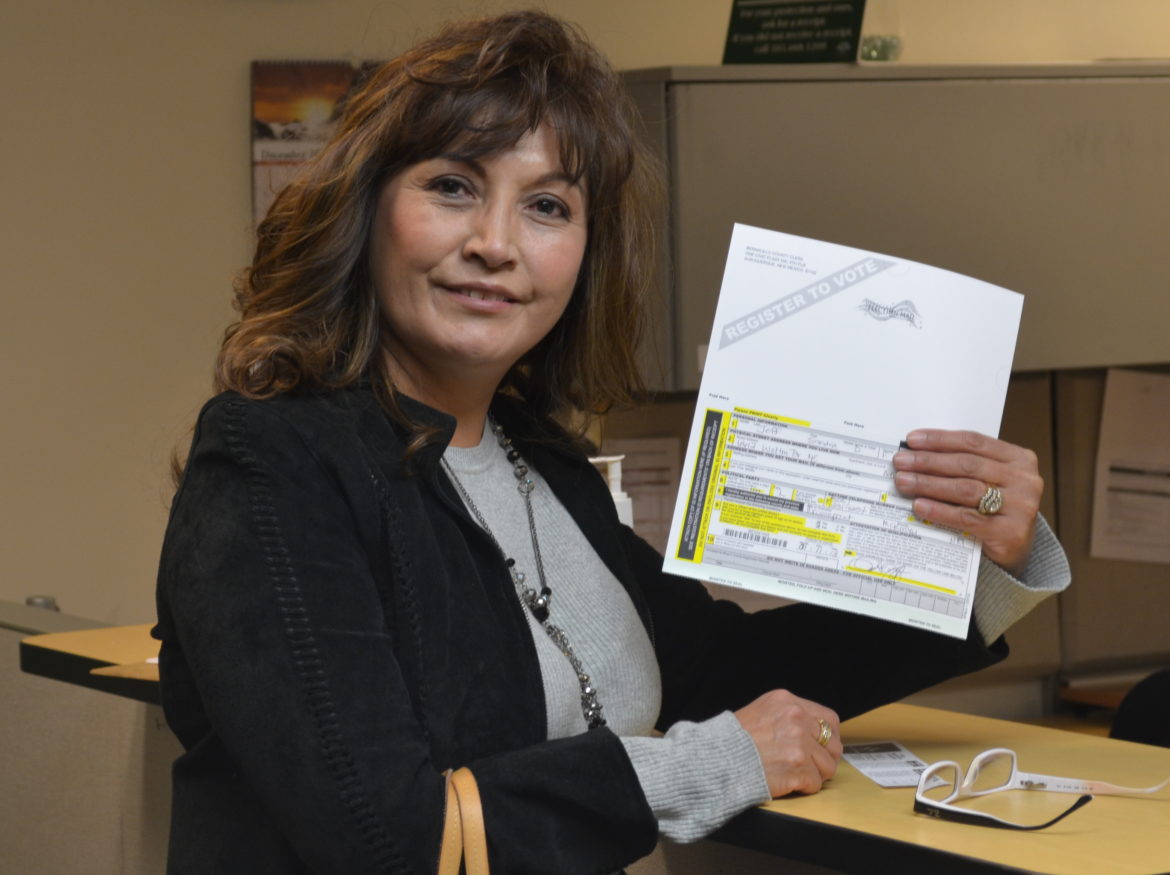 Jeff updated her voter registration to the Libertarian Party Thursday afternoon at the Bernalillo County Clerk’s Office with the intention of running for Secretary of State.

“I want to stop corruption, and I feel that I have every right to work with the constituents within the state of New Mexico to bring forth a new horizon because that is what is needed in this state in order for us to move forward,” Jeff told NM Political Report.

Jeff represented House District 5, which includes a large portion of the Navajo Nation in New Mexico, for two terms before she was kicked off the ballot during her run for a third term because she did not collect enough valid signatures.

As a Representative, she sometimes voted against fellow Democrats on key issues, most notably when she skipped a vote to raise the minimum wage in 2014, even after then-Vice President Joe Biden called her personally and asked her to vote in favor of it.

Jeff said it was the Democratic Party of New Mexico that changed, not her stance on the issues.

“I see myself as a Libertarian because of me being a moderate Democrat, working with both parties,” she said Thursday.

In a 2016 interview with the Albuquerque Journal, Jeff said she might support legalizing recreational cannabis, took a neutral stance on right to work legislation and said she would vote in favor of making abortions illegal after 20 weeks of pregnancy. Of course, those issues are not related to the Secretary of State’s office.

In the last two elections for Secretary of State, the main issue was whether New Mexicans should be required to provide photo identification to vote. Current Secretary of State Maggie Toulouse Oliver ran and won on her campaign to not require voter ID, something with which Jeff disagrees.

“I do support voter ID,” Jeff said on Thursday.

Jeff hasn’t had success in her past few elections running as a Democrat.

In 2014, Jeff was removed from the ballot for not collecting enough qualifying petition signatures, but later ran unsuccessfully as a write-in candidate.

Jeff, somewhat unexpectedly, showed up to the Secretary of State’s office on filing day in 2016 to enter her name in the race for a Senate seat held by incumbent Sen. Benny Shendo, D-Jemez Pueblo. Jeff lost, but not without another round of controversy.

Days after submitting her name for the ballot, The Secretary of State’s office disqualified Jeff from the ballot for previous campaign finance reporting violations she reportedly failed to address.  Eventually, Jeff agreed to pay $100 to get back on the ballot.

Jeff was appointed to the Gallup-McKinley County School Board in 2016, but lost the election for the spot about a year later.