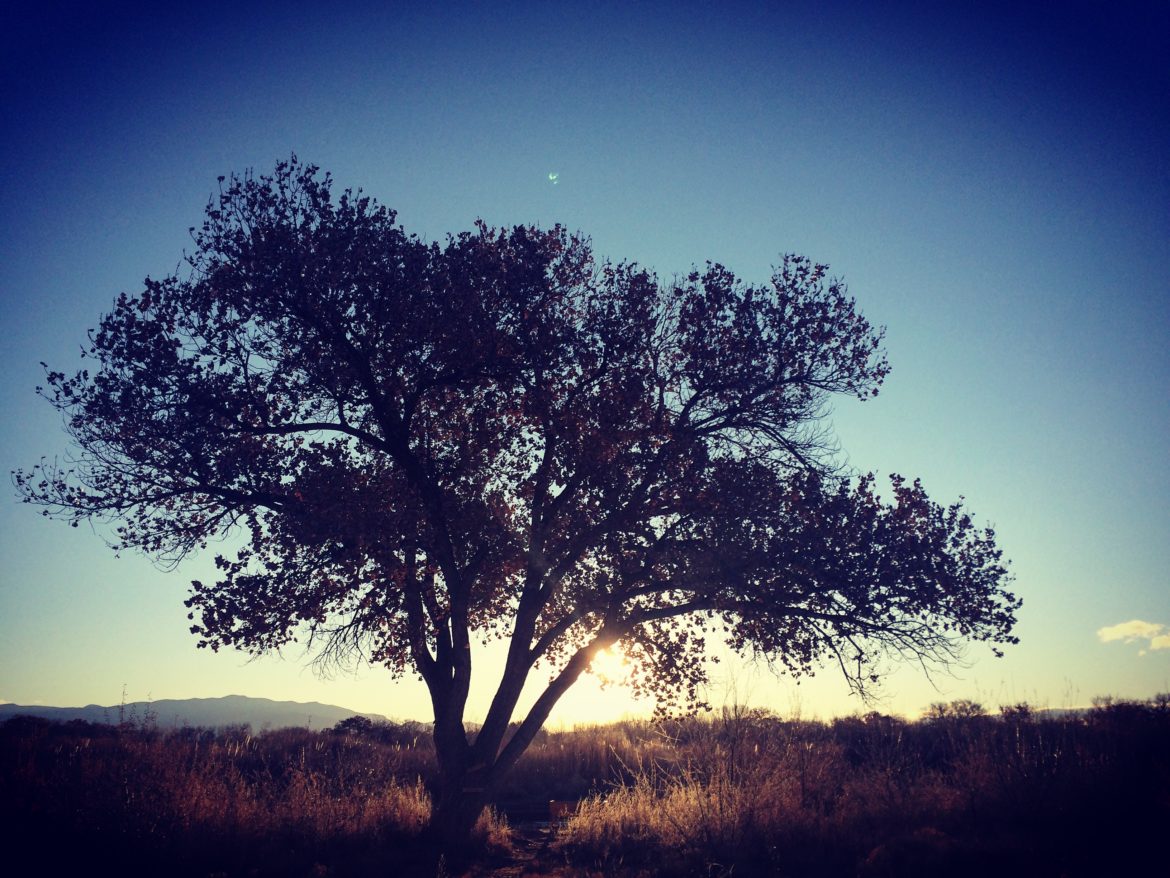 As the legislative session kicks off, don’t expect many bills related to the environment. (Though we will have stories on those coming up soon.) This year’s 30-day session focuses on the state budget. Any other issues require that Gov. Susana Martinez place them on the call.

But there’s plenty happening around the state when it comes to energy, regulations and climate.

The Santa Fe Reporter’s cover story this week focuses on oil drilling and development in the Permian Basin. As Elizabeth Miller writes:

Between July 2016 and July 2017, the number of oil rigs working in the Permian Basin jumped from 172 to 379, according to the Baker Hughes Rig Count. The way Carlsbad Mayor Dale Janway describes it, it sounds like they’ve stepped up from the farm team. “The majors” have arrived: XTO Energy, Chevron, Occidental Petroleum, Anadarko, Devon Energy, Apache, Santo Petroleum, EOG Resources. Carlsbad, which sits atop the basin, is stretching to meet the demands of becoming, by some projections, the new Bakken Formation—taking the title from oil fields that have been lit up with so many flares that, from space, it looks like that part of North Dakota now houses a city.

And the cost of addressing a sinkhole in Carlsbad keeps rising. According to an Associated Press story, it’s now up to more than $40 million.

That area is in danger of collapsing, due to previous oil drilling activities. The company has since moved on, leaving behind responsibility for the sinkhole, too. Last year, the New Mexico Legislature allocated money toward a study to prevent its collapse. But local officials continue to balk at having to contribute toward the cleanup, saying the state should be responsible.

The U.S. Department of Energy announced this week that the Pueblo of Picuris in northern New Mexico has completed a community solar program that offsets 100 percent of the cost of energy used by tribal buildings and homes on Picuris.

This week, PNM accepted the state’s order on a proposed rate increase. According to a story from Steve Terrell at the Santa Fe New Mexican, the electric utility said “it would agree to the order but only if regulators allow PNM to have ratepayers pick up the tab for about half of of the money the company spent on improving the aging coal-fired Four Corners Power Plant in northwestern New Mexico.” Read the entire story here.

In High Country News, Josh Zaffos writes about the problem of orphaned oil and gas wells. His story focuses on Colorado, but holds lessons for New Mexico as well:

Orphaned wells are more likely than properly plugged “abandoned” wells to leak pollutants, including methane gas, which can contaminate groundwater and even trigger explosions. So it’s troubling that the number of such wells in the West has soared. A downturn in energy prices starting back in 2008 has led energy companies to orphan thousands of wells across Colorado, New Mexico and Wyoming. States are struggling even to tally them, let alone remediate them.

The U.S. Environmental Protection Agency didn’t mention it on their website nor issue a press release. But on Tuesday, the agency proposed approving Oklahoma’s plan to regulate the disposal of coal ash.

Last May, EPA told states it was working on guidance for state programs to allow “flexibility” in permits for the disposal of coal combustion residuals, a byproduct from coal-fired power plants, which is also called “coal ash.” At that time, EPA Administrator Scott Pruitt, former Attorney General of Oklahoma, sent a letter to governors:

EPA continues to support the environmentally sound recycling of coal ash. Through the authority granted by Congress in the WIIN Act, EPA is issuing this guidance to promote the swift submission and review of state permit programs, make state and federal management of coal ash more consistent, and place enforcement in the hands of state regulators – those who best know the needs of local communities.

The EPA’s January 16 notice in the Federal Register says the agency will take public comment on its proposed approval for 45 days.

According to a story in Inside EPA (subscription required):

How stakeholders respond to the proposed approval for Oklahoma, including potential legal threats from environmental groups, will also test the agency’s use of its controversial guidance setting up a structure for reviewing states’ permit applications, which the agency crafted after deciding that WIIN [2016 Water Infrastructure Improvements for the Nation Act] did not require any new regulations to govern those reviews. Instead, the agency is applying statutory requirements and existing rules that govern approvals of states’ waste permitting programs.

The story also notes that approval of Oklahoma’s plan “may set a marker for other states by suggesting swift approval if the plans adhere closely to the requirements in EPA’s program.”

Currently, the only coal ash facility in the state that falls under the New Mexico Environment Department’s jurisdiction is at the Escalante Generating Station near Prewitt. Coal ash from the San Juan Generating Station is redeposited into the mine and the Four Corners Power Plant is on the Navajo Nation.

Last week we reported on Texas v. New Mexico & Colorado, a case before the U.S. Supreme Court. The audio is now available of the oral arguments justices heard from the U.S. government, Texas, Colorado and New Mexico. It’s online here.

Lastly, climate change hit the commercial air waves in New Mexico last week. On January 11, KOB ran a story titled, “New Mexico could be on the forefront for climate change.” It’s a story the station could have (should have) run a decade ago. But it’s better late than never to see climate coverage finally hit television screens. And if you follow the station’s chief meteorologist, Jorge Torres, on Twitter, you’ll know he takes the issue seriously.