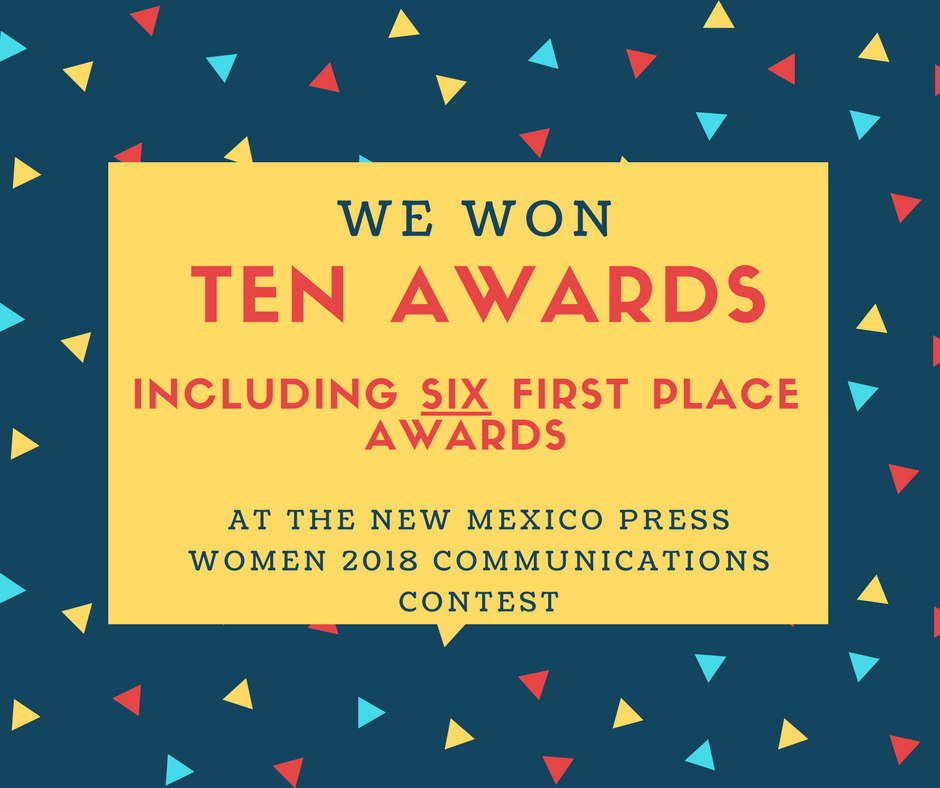 Want to donate so we can keep this sort of award-winning journalism going? Donate here!

Andy Lyman won first place in the Government or Politics Writing category, for his stories “Youth aren’t just watching, they’re running for office” about two young candidates in an Albuquerque city election and “Source of Lewis’ attack line: Santolina exec, not newspaper” on the runoff election in the city’s  mayoral race.

Lyman also won in the Feature Story – Online Publication category for “It Runs In The Family; Decades Apart, Father and Son Lead Sanctuary Efforts,” a look  at the sanctuary work of a retired Lutheran minister in the 1980s and his son’s similar work today.

Peters also won first place in Specialty Articles-Education for “APS facing federal scrutiny for handling of disabled student,” his breaking story about how the U.S. Department of Education opened an investigation into alleged discrimination against a student with a disability, and “State college exchange program sees cuts amid budget troubles” which examined cuts to a program that allows local students to go to dentistry and veterinary schools outside of the state at a reduced rate.

In two categories, NM Political Report came in both first and second place. Those were Laura Paskus in the Feature Story – Online Publication category for “The Heart of Darkness: A Walk Through The Scorched Landscapes” (NM Political Report partnered with the Santa Fe Reporter on the story) and Matthew Reichbach for Government or Politics writing for “A big cost to NM if Congress doesn’t act on children’s health program” and “New Mexico’s reserves among lowest in the nation.”