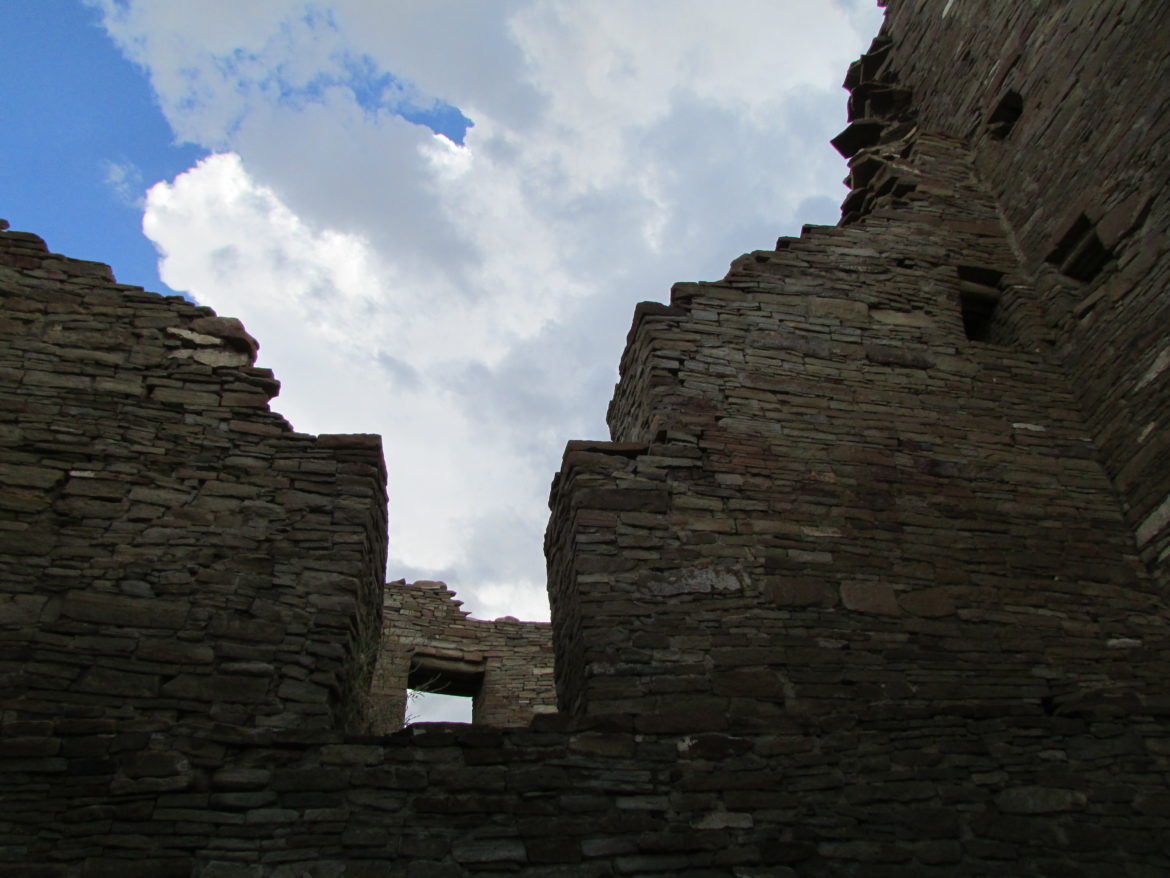 Chaco Canyon and its surrounding sites are significant to more than a dozen tribes.

At the end of March, a federal court said the U.S. Bureau of Land Management (BLM) has not adequately considered protection of cultural sites near Chaco Culture National Historical Park when granting permits for oil and gas drilling. The full order is still forthcoming, but the six-page memo by Judge James Browning echoed comments by U.S. Department of the Interior Ryan Zinke earlier this spring.

When Zinke postponed the sale of oil and gas leases on 4,434 acres of BLM land in San Juan, Sandoval and Rio Arriba counties, he told the Albuquerque Journal, “We’re going to defer those leases until we do some cultural consultation.”

Under federal law, agencies must consult with tribes that have cultural ties to an area being developed, whether the plan is to drill oil and gas wells, inundate a reservoir, build a pipeline or create a national monument.

Yet, what often constitutes consultation is already considered inadequate by tribes and activists—and some wonder how the Interior Department will address the problem in northwestern New Mexico while simultaneously prioritizing energy development.

President Donald Trump signed an executive order early in his administration directing Zinke to review the agency’s rules, including one guiding hydraulic fracturing on federal and Indian lands. Zinke then issued more orders, including one calling for an agency-wide review of all existing regulations, documents and policies that might hinder energy development.

The groups said the agency failed to include the public in the decision-making process and relied on outdated analysis from a 2003 environmental impact statement. They also alleged the BLM failed to study how new technologies like horizontal drilling or multi-stage hydraulic fracturing would affect communities and the environment and didn’t consider the cumulative impacts of all those wells.

Browning rejected most of those claims. But he did agree that the BLM violated the NHPA by “failing to consider the direct and indirect effects of the Mancos Shale wells on various historic sites.”

WildEarth Guardians attorney Samantha Ruscavage-Barz explained to NM Political Report that federal agencies can comply with Section 106 of the NHPA or sign an agreement with the State Historic Preservation Officer. This requires the BLM to consider direct, indirect and cumulative impacts to historic properties, she said.

“There is no evidence in the record that the BLM had considered air, noise and light impacts to Chaco Canyon and other types of sites,” said Ruscavage-Barz, who worked for 17 years as an archaeologist.

With respect to the leases’ proximity to Chaco Culture National Historical Park, the groups said the BLM hadn’t analyzed how drilling would affect archaeological and sacred sites outside the boundaries of the National Park Service.

“The development is still ongoing and BLM is still doing the approvals, even though the agency has admitted it has not analyzed the impacts of this type of development,” she said. “I think that’s the key: they’re going gangbusters out there, even though they admitted they had not looked at these impacts.”

She’s eager to see Browning’s full order. In a footnote to his summary, he wrote the court needs more time to finalize its opinion, a draft of which is currently 75-pages long.

“Is the court going to order a remedy? Or will it want parties to suggest a remedy?” Ruscavage-Barz asked. “I’ve never known a court to issue this kind of preview, especially in a NEPA case…. Other than knowing that we won on the NHPA claim and lost on the NEPA claim, we don’t know what the remedy is.”

Theresa Pasqual, a member of the Pueblo of Acoma, quoted Acoma Gov. Kurt Riley when talking about tribal consultation.

“He made the comment that consultation is not merely a letter that is sent to tribal leadership or to a tribe,” she recounted. “Consultation, rather, is a series of conversations.”

For pueblo communities, she said, these are “living resources” at stake.

“When those resources are lost or they’re damaged, or they’re taken out of their original context, it translates into a literal loss or some form of imbalance, which can affect the present day community’s mental well-being, mental health and their ability to protect themselves within their everyday lives,” she said. “Those are real, tangible results of what can be lost when consultation doesn’t go beyond merely sending a letter or making a phone call.”

Tribes already live within the confines of smaller areas than they did traditionally, and are losing important places at a rapid rate. And the problem isn’t just in northwestern New Mexico. “People think, okay, here’s the Chaco issue. Here’s the Mount Taylor issue. Now, here’s Bear’s Ears and here’s Grand Staircase,” she said, referring to proposed uranium mining at Mount Taylor and the Trump administration’s reductions of Bears Ears and Grand-Staircase Escalante national monuments in Utah. “But nobody has connected all the dots to say: Look at this, these are all the ancestral puebloan homeland, and look how much of it is under attack at this point.”

“All along, we’ve recognized the Chaco area in northwest New Mexico is an area where tribal consultation has always been minimized,” he said. “We were concerned early on with any so-called exploratory drilling in the Chaco region—and also about what constitutes consultation, and what does that mean?”

San Juan Citizens Alliance wants to know how the BLM and the U.S. Bureau of Indian Affairs—which is a co-lead on the updated resource management plan and environmental impact statement—will move forward on consultation. Just on the lands where Zinke deferred leases, the BLM has identified more than 5,000 cultural sites. Eisenfeld worries the current timeline for completing those updated plans doesn’t allow sufficient time for adequate tribal consultation.

“The way the federal government has operated up here, is they are literally sending emails to tribes and saying, ‘Hey, just so you know, we’re going to do XYZ project. If you have any concerns, email us back,” Eisenfeld said. More than a dozen tribes claim affiliation to the Greater Chaco region, he said. “To me, it seems like this consultation is like them coming and saying, ‘Hey, I’m going to build a well in your backyard,” and you say, ‘Well, no, I don’t want that,’ and then I come back and say, ‘I consulted with her—it’s a go!’”

More than 90 percent of the lands within the BLM’s Farmington Field Office have already been leased for oil and gas drilling, he said. “I don’t think people [living outside the area] realize that oil and gas activity industrializes the landscape to the exclusion of other uses,” he said. “A lot of our land is being commodified and industrialized at the expense of things that are a lot more important in the long-term.”

So much development has already occurred in the Four Corners, said Pasqual, without agencies considering what it all means.

“What they’ve done now is permit and go forward with the sale of leases for oil and gas before there has been a true understanding of what lies within that landscape,” she said. “That has been over all these many years, when pueblos have continuously said to BLM and to all the other federal agencies involved in this, ‘Please wait.’”

It makes her sad, she said. Especially when maps show more than 90 percent of that area has already been leased.

“There might be people out there who say, ‘If it’s well over 90 percent that has already been leased, why should we care?” she said. “I think pueblo people will see it different: You fight for what remains. You fight so that this doesn’t happen to other places of importance.”