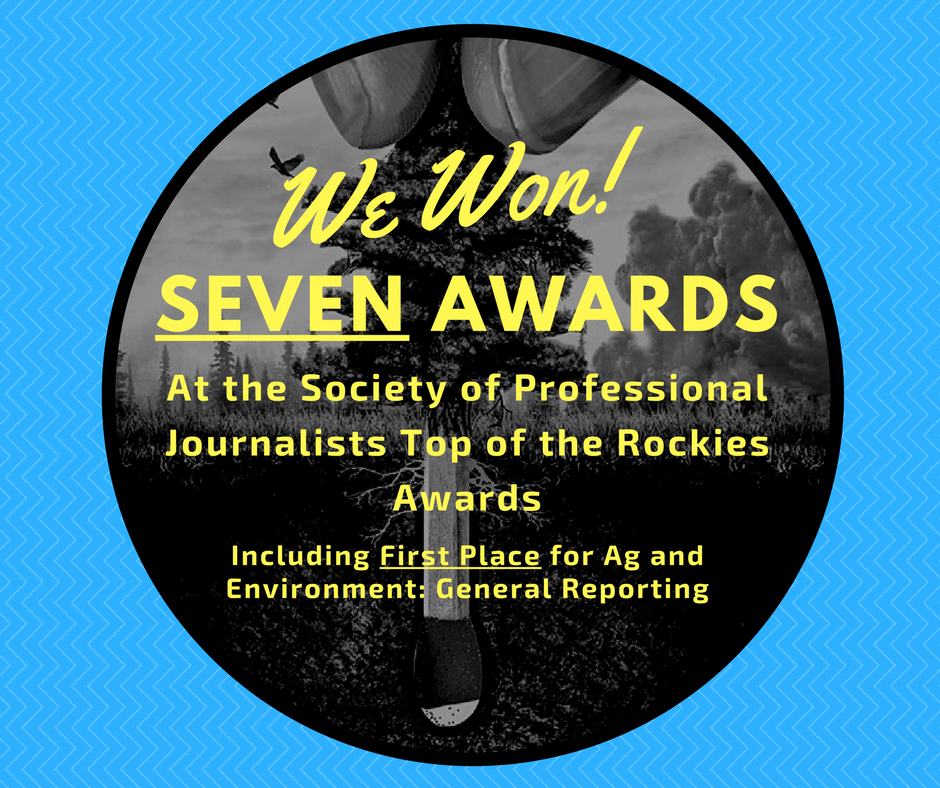 This weekend, NM Political Report won seven awards at the Top of The Rockies, an annual contest sponsored by the Society of Professional Journalists – Colorado Pro Chapter. The competition includes outlets from New Mexico, Colorado, Wyoming and Utah.

We won one first place award, one second and five third-place awards, facing off against outlets like the Denver Business Journal, the Provo Daily Herald and more.

Donate today so we can keep doing this award-winning work!

Laura Paskus won first place in the Ag and Environment: General Reporting category for her story, “The Heart of Darkness: A walk through the scorched landscapes where our forest used to be and a glimpse of future fires.” NM Political Report wrote this story along with the Santa Fe Reporter. The judge said the category had “so many good entries that it was a tough call.”

Paskus also won second place in public service for her story, “State remains silent on lead poisoning data.” The story looked at lead poisoning among children in New Mexico and called out the New Mexico Department of Health for not talking to the press about the dangers to children in New Mexico. (As an aside, NM Political Report has been waiting since early April for the department to release updated data for 2016 and 2017)

Andy Lyman won third place in General Reporting-Series or Package for his reports on the UNM Whistleblower Lawsuit Trial.

Top of the Rockies
Staff