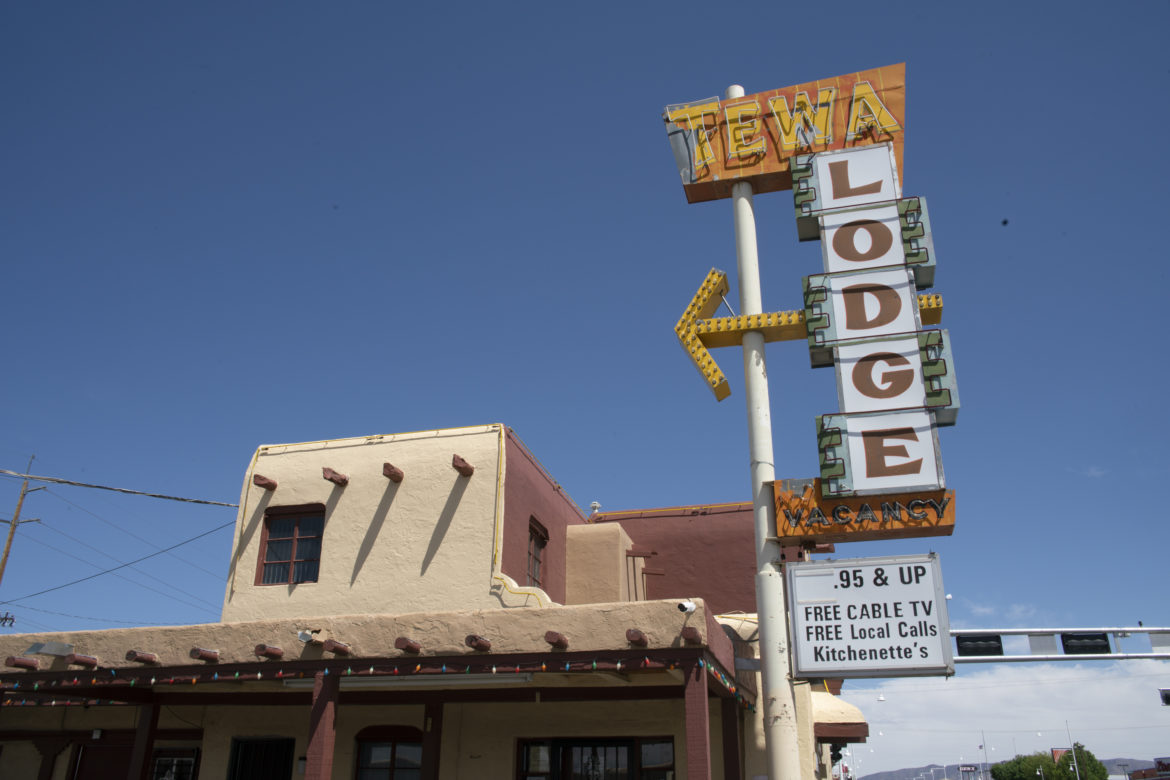 Carlotta and Jeremy Preece were living with their toddler C.J. and teenage daughter in the Tewa Motor Lodge for more than a year when Children, Youth and Families came knocking to investigate an allegation of neglect.

Room No. 30 in the Tewa Motor Lodge was the only home 3-year-old C.J. Preece had ever known.

The $30-a-night motel, on a seedy stretch of Albuquerque’s east Central Avenue, was what her parents could afford. The Preeces were struggling with drug and alcohol abuse when, in 2015, a caseworker from the Children, Youth and Families Department knocked on their door to investigate an allegation of neglect.

“I was really mad,” recalls her mother, Carlotta Preece. “I mean, CYFD came to the motel room and I snapped at them. They asked me, ‘What do you want?’ I said, ‘I need a home.’”

They got one, thanks to “Keeping Families Together,” a pilot project that addresses the intersecting problems of homelessness and child abuse and neglect. It is the first time New Mexico has turned to housing as a tool to reduce the state’s longstanding epidemic of child abuse.

The idea comes by way of New Mexico Appleseed, an Albuquerque think tank that estimates 16,000 homeless children reside in New Mexico, placing the state among the 10 worst in the nation. That figure, combined with statistics that 72 percent of mothers and 47 percent of fathers who lose their children to foster care are either homeless or on the verge of homelessness, convinced state officials the program had merit.

When New Mexico decided to invest $2.9 million of federal funding in KFT, child advocates and policymakers asked the following questions: Could a roof over their heads, and ancillary services such as drug treatment and therapy, help keep families together? More importantly, could a home be enough to keep a child safe from abuse and neglect?

Three years later, the answer is a tentative yes.

KFT has provided stable housing for 86 families and 267 children in Bernalillo, Valencia and Doña Ana counties. It has prevented dozens of kids from ending up in foster care. It has also reduced the incidence of repeat abuse and neglect by two-thirds among those families who participated in the program for at least a year, according to Albuquerque Heading Home, the nonprofit that CYFD contracted to run the pilot program.

“It’s the first initiative that I have found in New Mexico that truly addresses housing instability as a root cause of child maltreatment,” says Jenny Ramo, Appleseed’s executive director. “When you do not have adequate housing — whether you are in a motel, your car or a house with too many families — you are significantly more likely to abuse or neglect your child.”

But when the KFT program ends in June, some 44 families will be dropped,– including the Preeces. And while CYFD plans to continue the program under a new contract, the agency is now grappling with how to learn from the problems evident in the pilot.

Among them: Far too many families were placed in housing they will never be able to afford on their own; overwhelmed caseworkers were unable to provide the attention required by needy clients; the “permanent” housing recommended by Appleseed turned out to be merely temporary, potentially destabilizing fragile families.

What’s more, Appleseed, CYFD and Heading Home — in other words, the think tank that promoted the idea, the state agency that administered the contract and the nonprofit that ran the program — still don’t agree on either the mission or its methods.

Ramo argues that misses the point: “If there is a pie chart of these families, some percentage are never going to support themselves. They will go back to where they came from and start again with the problems and the expenses.”

There is a potential cost savings, says Ramo, but the bottom line is that “these children deserve a safe place to go to sleep at night.”

When the Preece family moved out of the Tewa Lodge and into a three-story townhouse in a gated community in the Jackson neighborhood of Albuquerque, the first thing C.J. did was number the bedrooms 1, 2, 3: one for her parents, one for her teenage sister, and one just for her.

Now, two and a half years of life-changing stability are about to come to a halt.

Carlotta has medical issues that keep her from working. Her husband Jeremy, sober for eight months, brings home $600 every two weeks as night manager at a busy Mexican restaurant. At $1,210 a month, their three-bedroom townhouse is way beyond their means.

A family portrait on the fireplace mantle shows C.J. smiling in a holiday dress with her parents and sister. The girls have been doing well, says Otero, their caseworker.

Sitting on her couch in a tidy, carpeted living room with a big-screen TV, Carlotta nods at the family portrait in pride-of-place on the fireplace mantle.

But she is worried about the future.

“I don’t want to go back to where we started,” she says.

Jeremy agrees: “I’ve had a little taste and I don’t want to go back, you know what I mean?”

Blocking the path to foster care

Traumatic for children and expensive for the state, foster care is almost always a decision of last resort. A single placement costs about $21,000 a year, while a case of maltreatment that ends in adoption costs an estimated $107,000, according to CYFD. Altogether, the state spends $145 million a year in state and federal money on the problem of child abuse and neglect.

The KFT program is comparably cost-effective: Including the price of rent, utilities and a caseworker, housing a family runs the state between $14,000 and $19,000 a year, according to Heading Home.

In 2014, the Legislative Finance Committee reported that New Mexico spends less than most states per capita to prevent children from ending up in foster care. The report recommended that CYFD recalibrate its focus to prevention. But since then, some preventative services that have shown results have been abandoned; others, like KFT, haven’t been scientifically tested.

Meanwhile, the number of kids in foster care has risen 44 percent over the past five years to about 2,600 from about 1,800.

The consequences of not investing in families early can be devastating. A Searchlight New Mexico investigation found widespread abuse in the state’s residential treatment foster care system, where the most troubled kids end up.

Homelessness itself is not tantamount to child neglect but it is a significant stressor for families. A University of Chicago report, “Families at the Nexus of Housing and Child Welfare,” finds that “addressing housing needs of homeless or precariously housed families may eliminate the risks to children’s health and safety.”

Families that participate in KFT have access to a wealth of resources: workforce training, help applying for public housing vouchers, gas and grocery assistance, mental health counseling and drug rehabilitation.

The program doesn’t force parents to take advantage of the opportunities. But for those who do, the barriers to success for some are still too high. Parents who want to work may not have a high school degree or a car. For mothers who have several young children, the cost of childcare may be burdensome. Other, drug-addicted parents are struggling to get clean — or may not be trying.

As far as the program is concerned, the parents’ success isn’t what matters most.

“The focus really is on the children,” says Dorothee Otero, Heading Home housing director. “We want to prevent children from being placed into foster care.”

Susan Wells, a KFT caseworker, crisscrosses Las Cruces juggling the complex needs of 20 families — nearly 100 people including the children. She checks in with a couple who are kicking heroin addiction while raising a 3-year-old daughter, then visits parents who recently got their six kids back from CYFD custody after they managed to beat a destructive meth habit.

As the program winds down, Wells has been struggling to find options for families who were placed in housing they can’t afford. Rocío Valenzuela, a mother of five, breaks down at her kitchen table as the caseworker explains the reality that’s about to hit: She has to move.

“What people need in terms of housing first is a dependable living environment that they can afford on their own at some reasonable point,” Wells says.

The next contract CYFD awards may address housing affordability and caseload, it’s still unclear; the request for proposals hasn’t yet been released.

“I tell the kids we’re going to try to have good memories,” Valenzuela says, wiping tears. “This is the only time you’ll ever live in a house like this. You know, we can’t afford it. That way you can say, ‘I lived in a two-story house once.’”