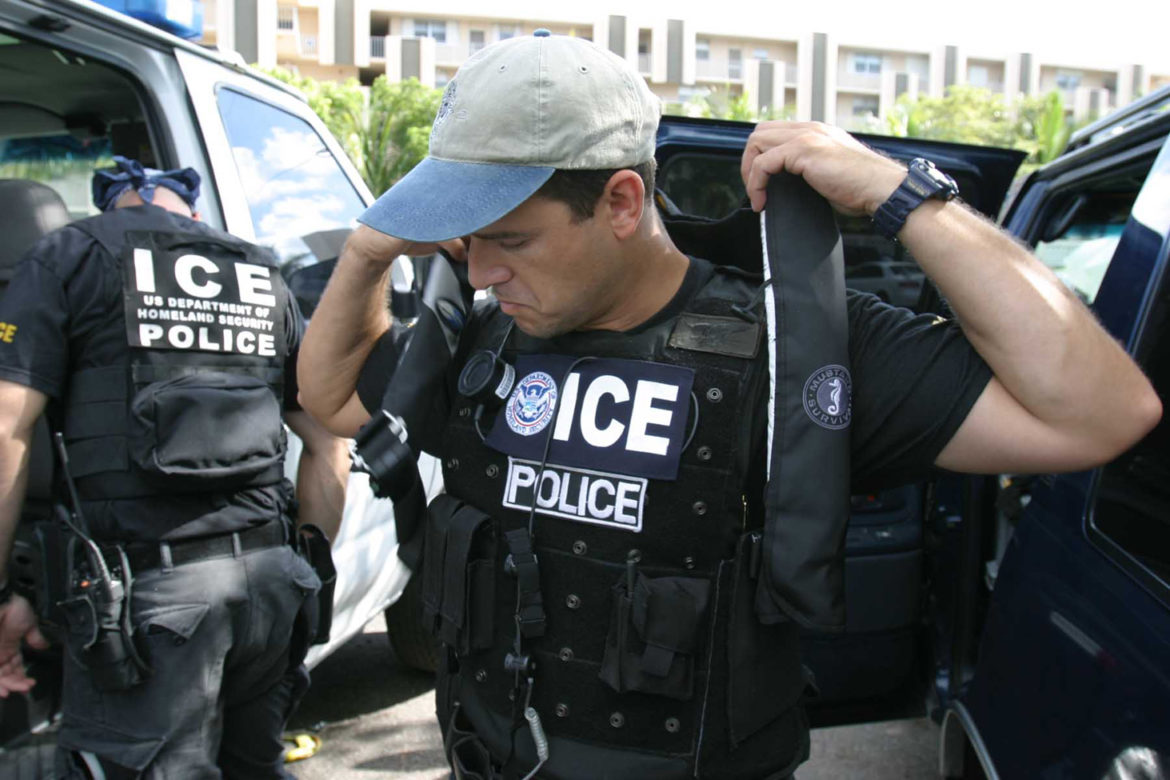 An interim committee hearing included harsh criticisms and personal stories of detention at private facilities which have contracts with U.S. Immigration and Customs Enforcement.

The Courts, Corrections and Justice Committee held a hearing Monday afternoon concerning two privately-operated prisons in New Mexico that detain immigrants. These include Cibola County Correctional Center in Milan, which is run by CoreCivic, and the Otero County Processing Center in Chaparral, which is run by Management and Training Corporation. Legislators heard from an immigration attorney, advocates for immigrants and some in the country without authorization. The committee invited Ronald D. Vitello, the acting director of ICE, but he did not attend or even acknowledge the invitation. The wardens of the two privately-run facilities declined to attend.

If they had attended, they would have heard some harsh criticisms.

State Rep. Christine Trujillo, D-Albuquerque, unleashed her anger toward the federal and state government during the hearing.

“I think it’s a big fat chingadera that this administration and that this governor have continued to perpetuate this kind of injustice on folks who are seeking asylum,” Trujillo said. “I think this is pure BS and it’s uncalled for and its inhumane and if we don’t take action, we are creating a criminal act by letting it happen.”

Many speakers decried conditions at the facilities which hold federal detainees who are immigrants either seeking asylum or were detained by ICE for being in the country illegally.

“We cannot rely on the federal government to adequately oversee conditions in immigrant detention centers,” ACLU of New Mexico staff attorney Maria Martinez Sanchez wrote in her testimony handed out to each of the committee members before the hearing. “It is up to us as a state to step in where the federal government will not to protect the lives of migrants incarcerated in these facilities.”

Martinez Sanchez said that the “facilities regularly fail to ensure that detainees’ most basic rights are met, thus necessitating regular intervention by the ACLU.”

During the hearing, legislators struggled with the state’s role in immigration enforcement.

Ann Morse, the Federal Affairs Counsel and Director of the Immigrant Policy Project at the non-partisan National Conference of State Legislatures, noted that the federal government has the jurisdiction over immigration enforcement, but there have been no major changes to the policy on legal and unauthorized immigration since 1986.

“Congress has not been able to manage comprehensive immigration reform,” she said.

Rep. Jim Dines, R-Albuquerque, said the state should get what information they can from private prisons from open records.

“I think what’s very important is that we do try to, in addition to the authority and jurisdiction, we look carefully at the idea of the nexus between the private prisons and what we should be entitled to as citizens as public record,” he said. Dines, an attorney, worked on open records issues for years before becoming a legislator.

Dines was the only Republican legislator to speak at the hearing.

Many of those speaking during the public comment section urged the state to reject any further contracts with federal prisons in the state.

Adriel Orozco, an attorney with the New Mexico Immigration Law Center, explained that many of the people being held in Milan and Chaparral were seeking asylum after fleeing their home countries.

“There is a law that allows folks who are seeking refuge who reach our borders to request asylum,” he explained. The law doesn’t require them to be at designated ports of entry, he said. “Regardless of how the person enters, they are allowed to request asylum.”

But right now, the U.S. government is denying asylum seekers. That makes it more difficult for people to find an attorney, which would vastly improve their chances of being granted asylum.

State Rep. Javier Martinez, D-Albuquerque, said people are coming to the United States from south of the U.S.-Mexico border for different reasons than in the past, even the recent past. Instead of seeking better economic opportunity, many men, women and children from Central America are fleeing violence.

Two brothers from Guinea, a transgender woman from Nicaragua and others who came to the country seeking asylum only to be detained for months at a time testified, and encouraged the state to act on closing the facilities.

But closing the facilities would be politically difficult. Jails are often in rural areas and can be the only major employer for miles.

According to the Migration Policy Institute, nearly three-quarters of the average daily population of immigrant detainees nationwide were held in privately-run facilities as of August 2016.

Some states have looked into expanding the oversight of facilities that hold immigrant detainees. This year, California passed a law that the state must be allowed to oversee ICE detention facilities. The Trump administration sued the state over this and two other laws that Sessions referred to as “sanctuary” efforts.

Orozco similar legislation, and that the Legislature should impose a moratorium on counties entering contracts with ICE.

Albuquerque’s Martinez and others also looked at abolishing ICE, which has become a more vocal cry among some Democrats and others on the left after the Trump administration enacted a “zero tolerance” policy along the border and started separating children from their parents in an effort to discourage families from migrating into the U.S.

Following public outcry and media coverage of children being held in chain-link cages on cement floors, Trump issued an executive order to end the separation of families at the border. But he also called to amend the Flores settlement, which says the U.S. must release immigrants under the age of 18 “without unnecessary delay.”

State Sen. Linda Lopez, D-Albuquerque, said that ICE needs to be “re-thought of, repurposed, abolished” after the recent controversies.

The U.S. House failed to pass immigration bills in June because of disagreements after being unable to come up with enough votes from the Republican majority, and the U.S. Senate is unlikely to do so, with midterm elections less than four months away.