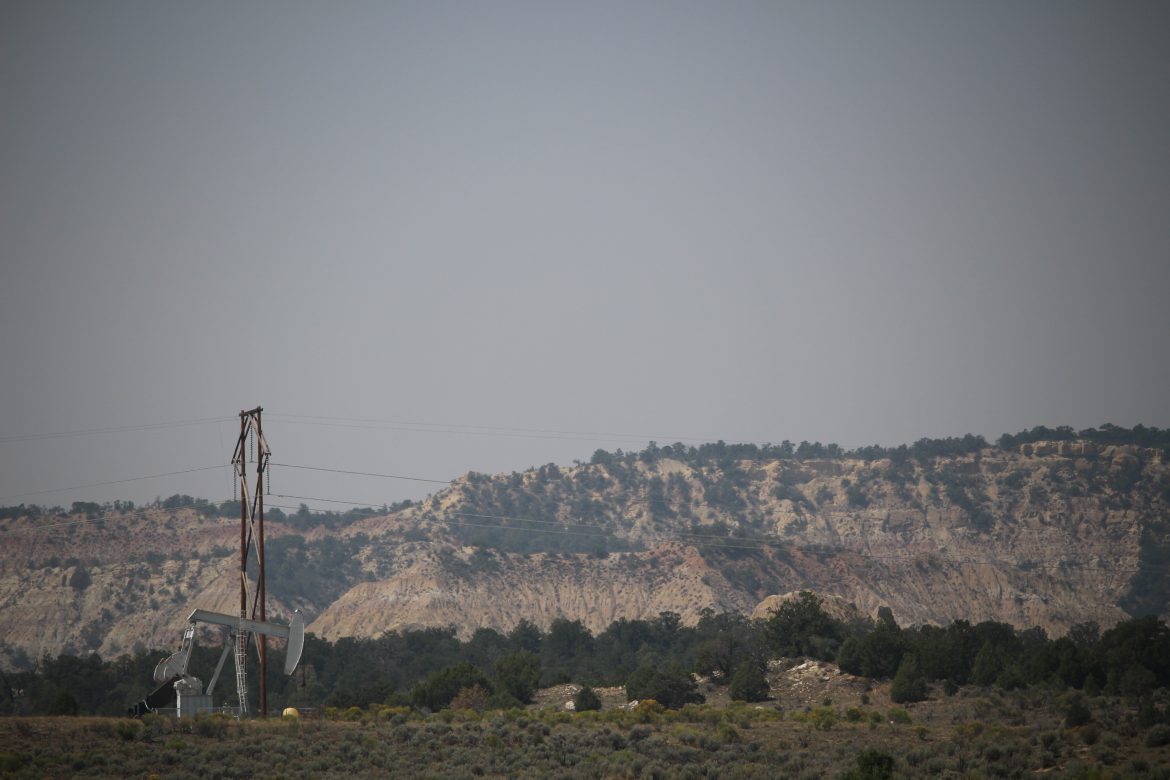 The New Mexico Oil Conservation Commission delayed a decision to approve an energy company’s request to increase well density in two northern New Mexico counties. At its meeting on Thursday, the commission also rejected a community group’s request to intervene in the hearing.

Hilcorp Energy Company’s Justin Furnace emailed a statement on Thursday evening. “The Commission made it clear today that the application has merit, but at the Commission’s request, Hilcorp will be re-notifying affected operators in the San Juan Basin to ensure that they are aware of the proposed change,” Furnace wrote.

Hilcorp asked the state to amend the “pool rule,” or well density requirements, in the Blanco-Mesaverde Gas Pool in San Juan and Rio Arriba counties.

Under the current rules, companies can drill four wells within the designated 320-acre spacing units, and only two can be drilled within each 160-acre section. Companies can also ask the state to increase the density of wells on a case-by-case basis, something Hilcorp notes in its application New Mexico has allowed the company to do in 62 instances this year.

Rather than continuing to file individual applications, each with its own public notice and hearing, the company is now asking New Mexico to change the spacing rules for the entire Blanco-Mesaverde pool.

The company currently operates 5,239 wells within the Blanco-Mesaverde Gas Pool.

According to a fact sheet sent by the company, Hilcorp has identified thousands of existing wells capable of yielding gas, but is restricted from developing those due to the current “pool rule.”

Mike Eisenfeld of the San Juan Citizens Alliance learned about the request when he spotted a legal notice that ran in The Farmington Daily Times for two days in August. The community group asked the commission to delay its decision to give interested parties to prepare an intervention or provide testimony on issues such as environmental impacts.

The commission denied that request, which Eisenfeld said the group would appeal.

“Basically, this is a Texas company coming in without a lot of concern for the extent of development that has already occurred,” said Eisenfeld, noting that the delay was aimed at allowing Hilcorp to notify other energy companies of its request. “We think this is a really big issue.”

The commission’s next meeting is on October 11 in Santa Fe. The New Mexico Energy, Minerals and Natural Resources Department confirmed that Hilcorp’s request was continued to the November 19 docket. Information about hearings and agendas can be found online here.