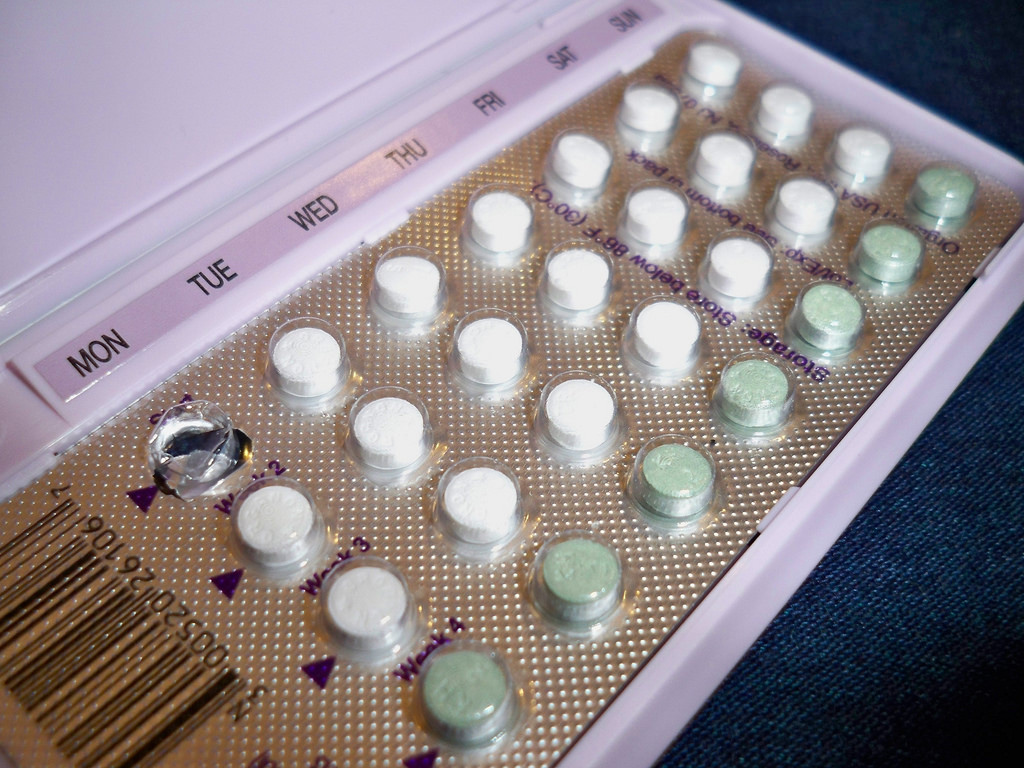 LAWRENCEVILLE, Ga. — When Nikia Jackson needed to be screened for a sexually transmitted disease, she wanted a clinic that was reputable, quick and inexpensive.

After searching online, Jackson, 23, ended up at the Obria Medical Clinics’ sparkling new facility in an office park in suburban Atlanta. She was unaware that the clinic does not offer condoms or other kinds of birth control beyond so-called natural family planning methods.

Religious conservatives say these types of clinics are the future of women’s sexual health care in the United States.

“A woman needs choice, but you can’t have a choice if the only clinic that a woman can go to is Planned Parenthood,” said Kathleen Bravo, chief executive of the Obria Group and a devout Catholic.

Young women, she said, “don’t want to live every day having to take a carcinogen,” referring to hormonal contraception.

For decades, contraception drew widespread bipartisan support, but since the passage of the Affordable Care Act in 2010, religious conservatives trained their ire on the law’s contraception mandates, and the politics of abortion and birth control converged.

Bravo is positioning her company to become a nationwide alternative to Planned Parenthood and aims for it to qualify for millions of dollars in federal family planning funds next year. With 38 clinics and 22 more slated to open, Obria offers tests for pregnancy, STIs, HIV and cervical cancer and prenatal care.

But patients seeking to prevent pregnancy can receive only fertility planning methods that require women to track their periods and refrain from sex when most fertile. When followed exactly, the method is 76 percent effective, according to the Centers for Disease Control and Prevention.

That vision has found favor with the Trump administration, which has proposed sweeping changes to a $280 million federal program called Title X, the only source of federal funds for birth control for low-income women who lack health insurance.

For more than four decades, thousands of women’s health clinics, including Planned Parenthood affiliates, that received these federal funds have been required to offer a full range of medically effective contraception, including condoms, birth control pills, intrauterine devices and implants. (The clinics cannot use federal funds to pay for abortion, and many Title X clinics do not offer the procedure.)

But with Title X now under the direction of Dr. Diane Foley, the former chief executive of Life Network, a Christian organization that operates anti-abortion pregnancy centers, the Trump administration is widely expected to adopt rules in the coming months that promote and direct federal dollars to clinics like Obria that do not offer condoms, hormonal contraception, intrauterine devices or abortion.

Called the “Protect Life Rule,” the new restrictions are aimed at narrowing women’s access to clinics that discuss or refer patients to abortion providers. The Trump administration has worked quickly to shape women’s reproductive health care, rolling back an Obama-era rule that required employers to cover contraception in their health insurance plans and nominating to the Supreme Court Judge Brett Kavanaugh, who referred to common forms of contraception as “abortion-inducing drugs” during his confirmation hearing.

In 2011, anti-abortion state lawmakers in Texas sought to shutter Planned Parenthood clinics and slashed state funding for family planning by 66 percent. As a result, more than 80 family planning clinics closed, and women across Texas suddenly found their birth control needs caught up amid the fight against abortion.

The impact was swift and widespread: Researchers found the number of women on the most effective forms of birth control ― IUDs, implants and injections ― plunged by a third, and births by poor women on Medicaid increased 27 percent from 2011 to 2014.

In the immediate aftermath, family planning clinics in Texas became almost entirely dependent on Title X federal funds. Now many administrators here and around the country are bracing for the Trump administration’s new rules.

Kathryn Hearn, community services director at Access Esperanza in McAllen, Texas, said clinics that offer the full range of FDA-approved birth control could be replaced by those like Obria.

“Today a woman can come into a Title X clinic, any clinic in the United States, in Texas, and be offered a wide range of contraceptive methods,” she said. “With these proposed rules, she could only be offered abstinence. Well, she says, I’m married. Or I’m in a relationship. That does not work for me. I need real contraceptive care.”

Ofelia Alonso, a 22-year-old community organizer, said that because of deceptive tactics and lack of comprehensive sex education, young women in Texas already find it difficult to discern between medical clinics and crisis pregnancy centers, offices where women are counseled against abortion.

“It’s like abstinence only, and then, crisis pregnancy centers, anti-abortion propaganda, defunding our family clinics. So what is left for us?” Alonso said. “We’re going to have these weird centers where you can’t get anything?”

But women seeking contraception have to go somewhere, and one alternative, she said, is to cross the nearby border into Mexico to buy birth control over the counter.

Some uninsured patients in Texas do find alternative ways to get birth control.

Claire Hammons runs an historic hotel in Llano, a small city an hour and half west of Austin with no full-service women’s health clinic.

The vast geography combined with widespread clinic closures means that some 10 million Texans live at least half an hour from a clinic, a common standard used to determine health care shortages. It’s a phenomenon some call “contraception deserts.”

Hammons lives in one of these contraception deserts and when she could no longer afford health insurance, she turned to the internet for help. Now, she gets her birth control delivered every three months to her mailbox from a San Francisco-based company called Nurx. She pays about $15 a month and can message Dr. Jessica Rubino, a Nurx physician in Austin. Rubino can review her patients’ medical histories and renew their prescriptions without additional cost.

Rubino said she sees what happens to women who live in contraception deserts.

“I’m also an abortion provider, and I do that outside of Nurx at another facility,” she said. “I had one [patient] last week who drove five hours to see me. And the entire reason that she came to see me for the abortion is because she didn’t have any access to contraception.”

That lack of access worries Kami Geoffray, CEO of the Women’s Health and Family Planning Association of Texas, the nonprofit group that has coordinated the state’s application for Title X funds.

If the Trump administration’s overhaul of Title X succeeds, Geoffray said, it will undermine the goal of the program that the federal government has operated since the 1970s.

“We know that every dollar we spend on Title X saves $7 across other government programs, including Medicaid,” said Geoffray. “We avert Medicaid births very frequently by [getting contraception for] clients and preventing unplanned pregnancies.”

But back in suburban Atlanta at the Obria Medical Clinic, Bravo has declared it’s time for companies like hers to put a bigger mark on reproductive health care. The company is launching a $240 million capital campaign to open more clinics.

“Obria is a comprehensive primary care clinic for women that is an alternative model to Planned Parenthood,” said Bravo. “We put huge amounts of money into marketing our clinics, like all medical clinics do, to make sure that women know that we’re here in their city.”

KHN’s coverage of women’s health care issues is supported in part by The David and Lucile Packard Foundation.