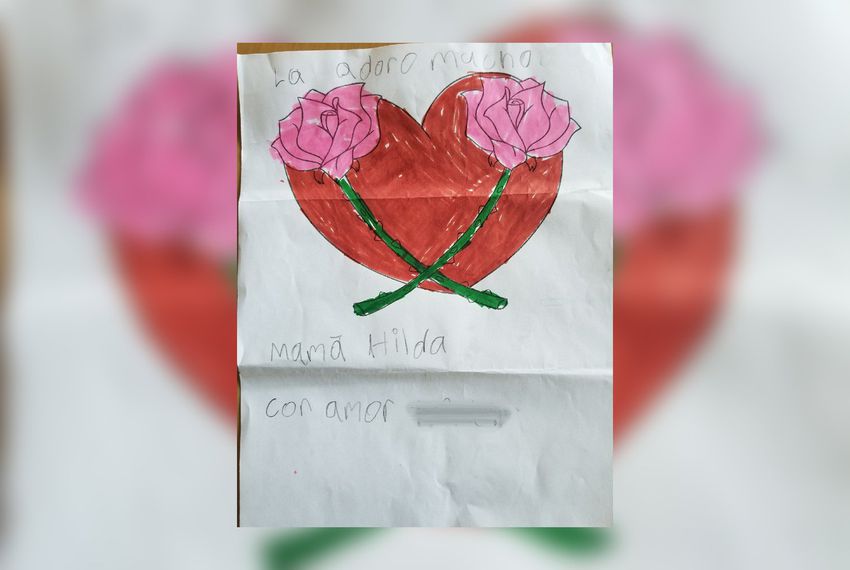 A young boy separated from his mother at the border writes a letter to his grandmother from a migrant children's shelter.

Throughout the spring of 2018, as the number of family separations at the U.S.-Mexico border exploded, President Donald Trump’s administration insisted that the government took thousands of kids from their parents because the families had committed a federal crime.

“If you cross this border unlawfully, then we will prosecute you. It’s that simple,” Attorney General Jeff Sessions said in May, explaining the “zero tolerance” policy that had gone into effect a few weeks earlier. Prosecutions meant sending people to jail — and since children couldn’t go to jail with their parents, they would have to be taken into federal custody.

But a Guatemalan mother named Sandy tells a different story on this week’s episode of Reveal, in partnership with The Texas Tribune. After years of threats and harassment from gangs and local police in her hometown of Mazatenango, Sandy fled with her four kids and attempted to enter the U.S. legally in May. She requested asylum for her and her children at an international bridge connecting Brownsville and Matamoros, Mexico.

The bridge is an official port of entry into the U.S., and Sessions himself has encouraged migrant families to cross the border this way — rather than crossing the border illegally — in order to avoid being separated.

But Sandy was separated from her children — all young boys, one just a few months old — anyway. (The Tribune is not publishing her full name, her kids’ names, and certain details about the threats she faced in Guatemala because of their sensitive nature.)

Why did this happen to Sandy if she hadn’t committed a crime?

Spokesmen for ICE and Customs and Border Protection declined to comment, citing pending litigation. But the court documents in a case called Ms. L vs. Immigration and Customs Enforcement (ICE) show that this happened to dozens of others. The lawsuit, filed by the American Civil Liberties Union in February, mentions at least 40 other examples of families who were separated at the border, even though they weren’t prosecuted for crossing illegally. Ms. L and her young daughter presented themselves to border agents at a bridge between Tijuana, Mexico and San Diego last year and were separated anyway.

The court documents show that the Trump administration had a difficult time explaining exactly why Ms. L and her daughter, referred to as S.S., were separated in the first place — and why they remained apart for more than four months.

In past statements, the government has claimed it would only separate families at ports of entry if it’s not sure of the familial relationship, or is worried about issues like child abuse.

Government lawyers initially argued that they had trouble finding “acceptable proof” that “Ms L is S.S.’s biological mother as she alleges.” Officials didn’t have a birth certificate, and they couldn’t reach the girl’s father. But as soon as the child’s attorney insisted on a DNA test, the results showed that the two were in fact related.

So the government offered another argument for the separation: ICE decided to detain Ms. L in a California immigration detention center that’s only set up for adults. As a result, government lawyers wrote, S.S. had “no parent or legal guardian in the United States … available to provide care and physical custody.” As for placing Ms. L and her child in a family detention center that is set up to house parents and kids together, lawyers had argued that “there is limited space available.”

Later, the government offered still another argument: The family detention centers (referred to by ICE as family residential centers, or FRCs) “have an open plan layout, and allow free movement throughout the facilities. Because of this ICE must consider not only whether any adult considered for detention in an ICE FRC may pose a danger to his or her child, but also whether any adult or child being considered for such placement might pose a danger to others in the facility.”

Responding to the government in court documents, ACLU lawyers argued that the Trump administration ultimately couldn’t provide a good reason for separating Ms. L from her child. “Defendants have been forced to offer a series of shifting rationales to retroactively justify its unprecedented practice,” they wrote.

Federal judge Dana Sabraw didn’t appear to buy the government’s rationales, either. “The parent has committed no crime,” he pointed out in a June ruling, adding that Ms. L “is an example of this family separation practice expanding beyond its lawful reach, and she is not alone.”

Ultimately, because of Sabraw’s ruling, Sandy was reunited with her kids on July 10. Hear more of her story on this week’s episode of Reveal.

This article originally appeared in The Texas Tribune at https://www.texastribune.org/2018/10/02/why-did-trump-administration-separate-asylum-seekers-their-kids/.