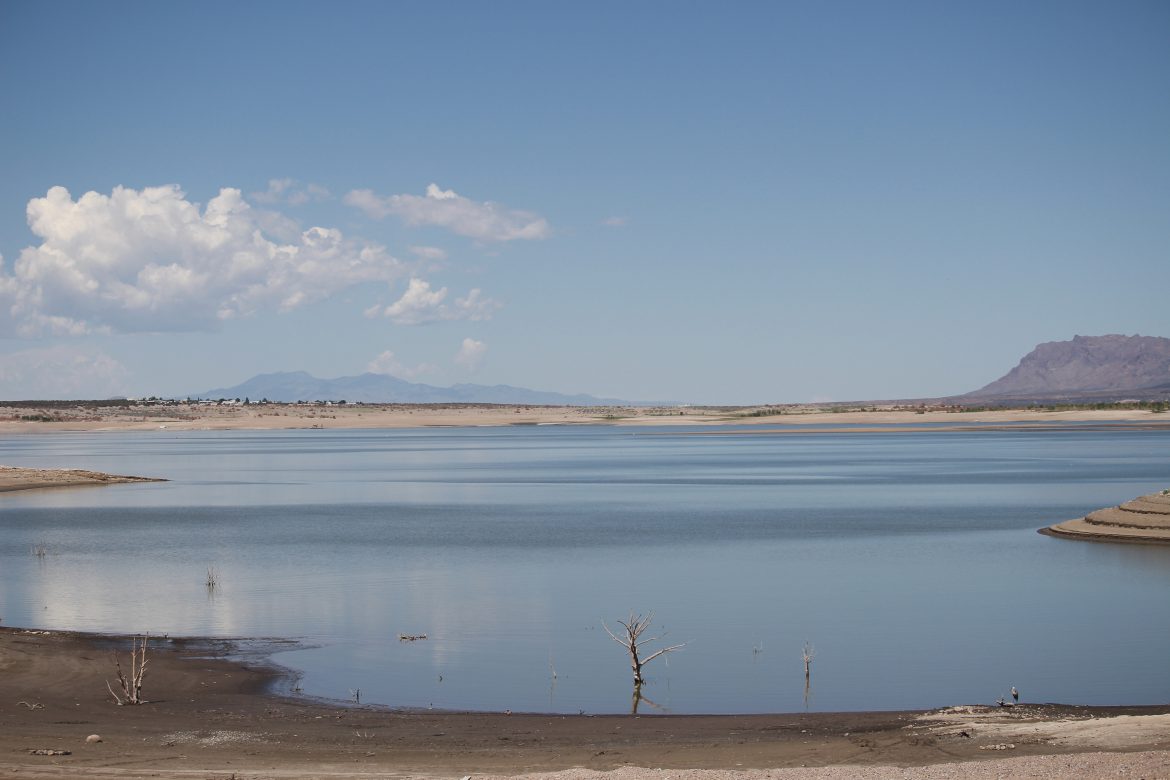 The next governor of New Mexico needs to understand climate change—its cause, the immediate and far-reaching impacts to our state and the need for substantive action.

We’re far past a time when denial or doubt can be indulged. Today, there’s not even time for rhetoric or vague promises.

In early October, the Intergovernmental Panel on Climate Change reported that humans must drastically reduce greenhouse gas emissions in the next decade. Failing to do so means failing to hold warming below levels that will have catastrophic and irreversible impacts upon the Earth’s ecosystems.

Globally, the temperature—averaged between land and sea temperatures—has already risen 1° Celsius, or 1.8° Fahrenheit, since 1880. And the U.S. Southwest is warming at a rate nearly twice the global average: Average annual temperatures have increased by 2° Fahrenheit just since the 1970s in New Mexico.

New Mexico’s next governor must understand, and act upon, the urgency of cutting greenhouse gas emissions while also helping communities across the state understand how to adapt to everything from water uncertainty to tremors in the tourism industry to the future of farming in an increasingly arid region.

New Mexico has been here before, of course. The Bill Richardson administration took steps toward understanding what climate change will mean for the state’s farms and ranches, water supplies, tourism industry, infrastructure and tribes. And over a decade ago, the New Mexico Environment Department, the Oil Conservation Division and the Environmental Improvement Board worked to cut emissions and protect water from oil and gas drilling.

Even then, some cautioned that New Mexico should slow down and not rush ahead without action or similar commitments from other countries or other states. Despite studies that have shown time and time again that taking early action on climate impacts is a smart economic choice, there are still people who try to associate protecting public health and the environment with economic risk.

For her part, Gov. Susana Martinez listened only to those who downplayed climate change and called for rolling back environmental protections while prioritizing fossil fuel development above all else. Martinez immediately overturned the “pit rule” protecting groundwater from pollution from drilling, withdrew the state from the Western Climate Initiative, ended the Environmental Improvement Board’s efforts to cut carbon emissions, abandoned renewable energy initiatives and eliminated all climate-related programs.

New Mexico’s new governor must know there is absolutely no time to waste.

To begin, she or he must pry open the hatches of closed and uncommunicative state agencies and actively encourage transparency between state experts and officials, the press, legislators, the public and tribal, federal and local agencies.

Immediately upon taking office, New Mexico’s new governor will need to restore morale and competency—and funding—to the state agencies and commissions that oversee water resources, environmental regulations, wildlife, public health protections and energy and mineral development. These critical agencies must be empowered to carry out their missions and mandates, which include protecting the environment and public health, managing wildlife in the interest of all New Mexicans, regulating energy development, protecting water resources held in the public trust and ensuring the state is meeting interstate compacts and conserving our waters.

The next governor will need to listen to New Mexico’s tribes and acequia communities, to ensure they are protected into the future and also to learn from centuries’ worth of knowledge and experience living on this landscape, in good times and hard times. She or he will also need to avoid falling prey to those who lack faith in New Mexico to progress in new directions, with new energy solutions. And when it comes to understanding the causes and impacts of climate change, New Mexico’s universities have scientists, legal experts, economists, students and many others working on these issues. Before the state legislature pulled its funding, for example, the New Mexico Universities Working Group on Water Supply Vulnerabilities issued a prescient report about the lower Rio Grande.

By early April, the state’s largest river, the Rio Grande, had already dried.

There are also other places to look for help. Just last week, the International Energy Agency released its “Outlook for Producer Economies: Critical questions for the largest oil and gas producers.” One of its key points is that “major swings and hydrocarbon revenue can be disruptive if finances and economies are not resilient.”

According to that report, “standing still is not an option.” Its authors note, for example:

A central task is to develop more diversified and dynamic economies that are less dependent on oil and gas revenue. The tendency to recycle these revenues into relatively unproductive jobs on the public payroll helps to explain why labour productivity in major producer economies in the Middle East and North Africa (MENA) has fallen below that of their peers, in some cases even lower than levels in 1970.

When it comes to water management, the new governor will face dropping groundwater levels (from the East Mountains to southeastern New Mexico), drained reservoirs and the U.S. Supreme Court lawsuit on the Rio Grande, botched and divisive plans to divert the waters of the Gila River, the use of billions of gallons of fresh water in the oil and gas fields and a muddled state water planning process. The next governor must also decide if New Mexico will be a strong or submissive voice in Colorado River negotiations and drought contingency planning. And when it comes to drought, the new governor will have to do more than just sign an executive order that declares an emergency.

And if El Niño does bring a healthy dose of moisture to the mountains this winter, the new administration’s appointees must resist using that snowpack as an excuse to punt implementing solutions to another year. Action can’t occur only during the years when there are catastrophic wildfires. Or when there’s no water left in reservoirs. Thoughtful communities and resilient cultures get to work before the crisis occurs.

Climate change is the most important issue in the state, in part because it affects each and every one of us, whether we live in communities with dropping groundwater levels, in watersheds threatened by wildfire and post-fire floods, or have jobs that rely upon recreation, manufacturing, service or the military. Climate change affects public health—fires worsen air quality and warming lengthens allergy season and dust storm season alike. Warming also affects the spread of infectious diseases, broadening the range of the fungus that causes Valley Fever (something the N.M. Department of Health had studied in its pre-Martinez years) and more recently, the range of the aedes aegypti mosquito. Found recently in Bernalillo County, that mosquito species can transmit viruses like yellow fever, Zika and dengue.

If appeals for social justice, environmental protection, public health improvements or hope for future generations don’t resonate with leaders in the state, then ask these questions: Why would any responsible, far-sighted and sustainable business relocate to a state that lacks an open and transparent water policy? And what companies are drawn to a state lacking rules, regulations and transparency—and experiencing increasing aridification and intergenerational poverty?

As history shows us, perhaps no place more clearly in the U.S. than New Mexico—with its diverse population and the traces of ancestral cultures across our varied landscapes—people must confront change. Whether it comes to diversifying the state’s economy or confronting drying rivers and shrinking reservoirs, New Mexico’s next governor must be ready to lead the state—not just against the tide of overwhelming challenges. But in pursuit of a new beginning.

Challenges for Next Governor