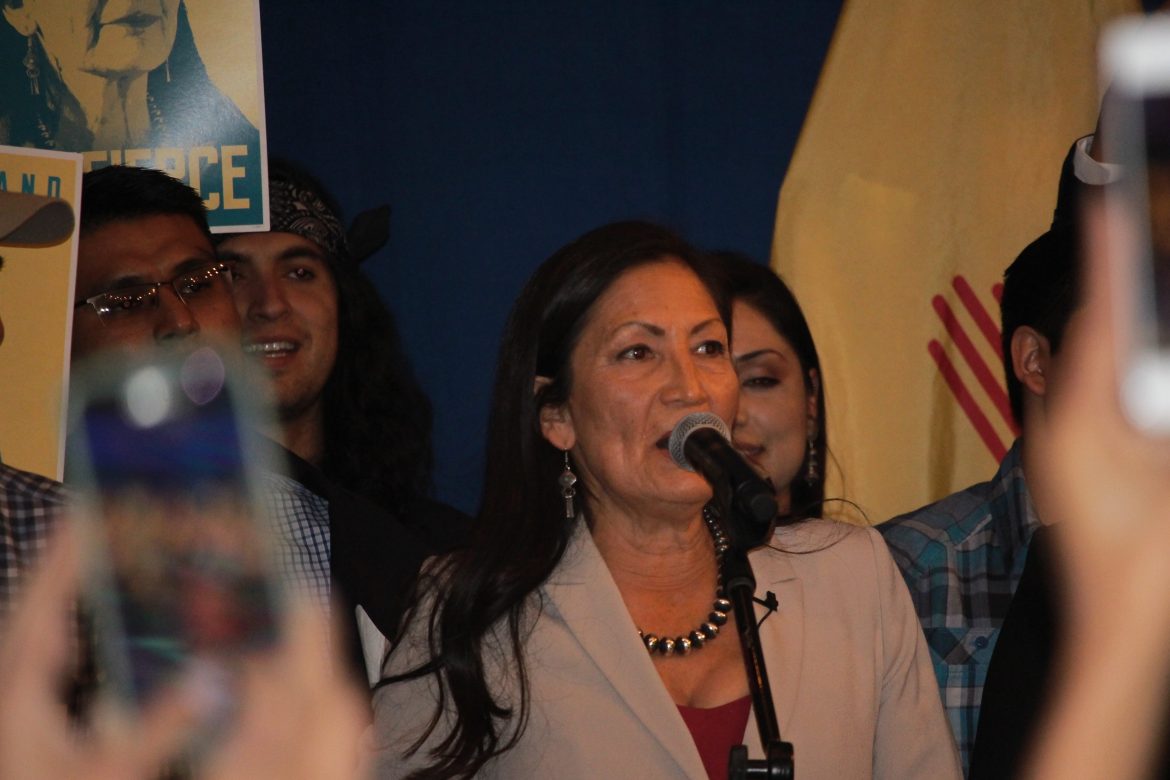 Note: All week we will be counting down the top ten stories of 2018, as voted on by NM Political Report staffers. See them all here as they come in!

If there was a competition for the New Mexican with the most mentions in national news stories,  Debra Haaland would be a top contender. Haaland’s win received a lot of attention as she is the first Native American woman to represent New Mexico in Congress and one of the first two in the U.S.

Haaland came into the race as no stranger to New Mexico politics. A former candidate for lieutenant governor, Haaland was elected to by the Democratic Party of New Mexico to serve as the party’s chairwoman in 2015. Her competition that year was Richard Ellenberg, who succeeded her in that position, but was later ousted after his handling of accusations of sexual harassment within the party.

Rumors of who would  run to replace Michelle Lujan Grisham in Congress started swirling unusually early,  after Lujan Grisham’s announcement that she would not seek another term almost two years before the election. After prevailing over a handful of Democrats in the primary, Haaland faced two other opponents in the general election. Her Republican opponent, former state legislator and Albuquerque city councilor, Janice Arnold-Jones was criticized for seemingly questioning Haaland’s Native American heritage on national television. Arnold-Jones later publicly apologized to state tribal leaders and said she meant to illustrate how she and Haaland has similar backgrounds. Haaland also received two major endorsements throughout the election season. In August, U.S. House Minority Leader Nancy Pelosi came to Albuquerque to campaign for Haaland. Just days before that former president Barack Obama also endorsed Haaland, among a slate of other Democrats.