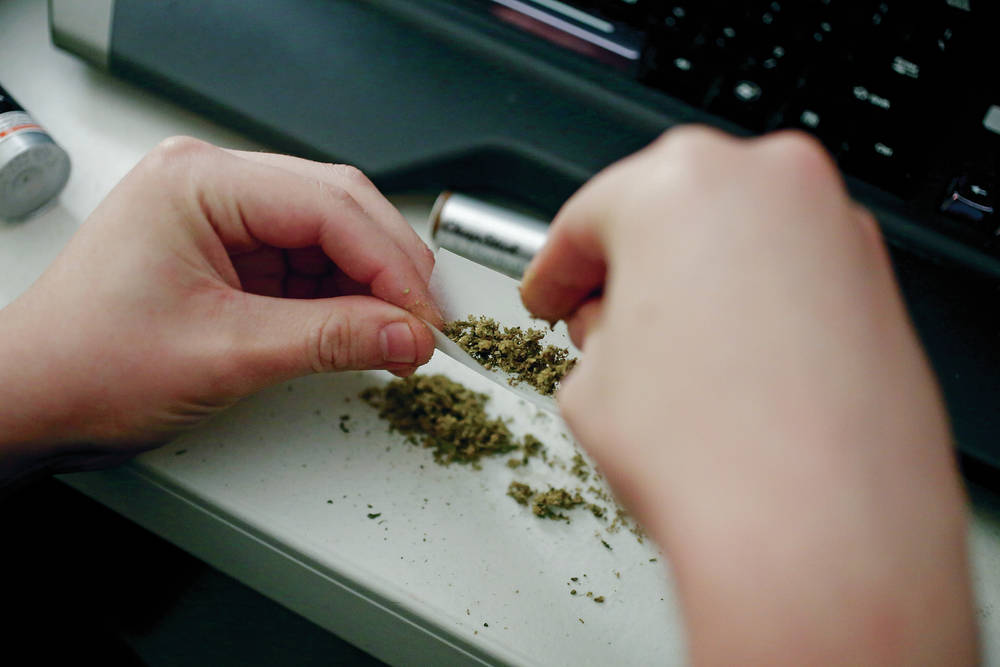 A Santa Fe man rolls a joint Thursday at his home. Will this be the year New Mexico legalizes marijuana for adult recreational purposes?

When it comes to legalizing cannabis for recreational use, those responsible for running state government have a warning for lawmakers: Not so fast.

The proposed legislation calls for the state to begin licensing retailers as soon as January 2020. But the state Taxation and Revenue Department has told lawmakers the deadline is unfeasible and asked that they push it back to 2021.

The change would shove further into the future the day when New Mexicans who are 21 and older could freely buy cannabis from retailers. And that’s if House Bill 356 even passes this year, which may be a long shot, as the 60-day legislative session is in its final month and some Democratic senators remain opposed.

The problem for tax officials is not that the state would be selling marijuana, but that it would have to set up computer systems for collecting state and local taxes under the proposed law.

“It’s mostly an IT issue for us,” said Taxation and Revenue Department Secretary-designate Stephanie Schardin Clarke.

The department regularly tweaks its computer systems to handle changes in the tax code. But it needs nine to 15 months to set up systems to levy taxes and distribute the revenue, Schardin Clarke said.

“It’s pretty routine,” she said of the work that would be required under House Bill 356. “But that doesn’t mean it doesn’t take a lot of resources.”

Also known as the Cannabis Regulation Act, the proposed law calls for the state to start with issuing licenses for the sale of cannabis to facilities that are already licensed to sell it under the New Mexico Medical Cannabis Program. By September 2020, the state would have to begin accepting applications from other retailers that want to sell cannabis.

In an analysis for lawmakers, the department suggested pushing back both dates by one year.

A sponsor of the bill said he is open to the change.

“Moving it back a year — that’s not a big deal to me,” said Rep. Javier Martínez, D-Albuquerque.

A change might not affect another provision of the law, which would allow New Mexicans to apply for permits starting in September 2020 to grow their own small crops of marijuana for personal use.

Even if a move toward legalization of recreational cannabis slowed, the administration of Gov. Michelle Lujan Grisham has signaled support for expanding eligibility for the state’s Medical Cannabis Program.

After Massachusetts voters decided to legalize cannabis, another two years went by before its residents could buy it in stores.

Michigan voters chose in last year’s election to legalize cannabis. The measure gave the state a year before it had to begin accepting applications from retailers.

Other states have moved more quickly, however. Voters in Nevada in late 2016 decided to legalize cannabis for recreational use, and stores began selling it in mid-2017.