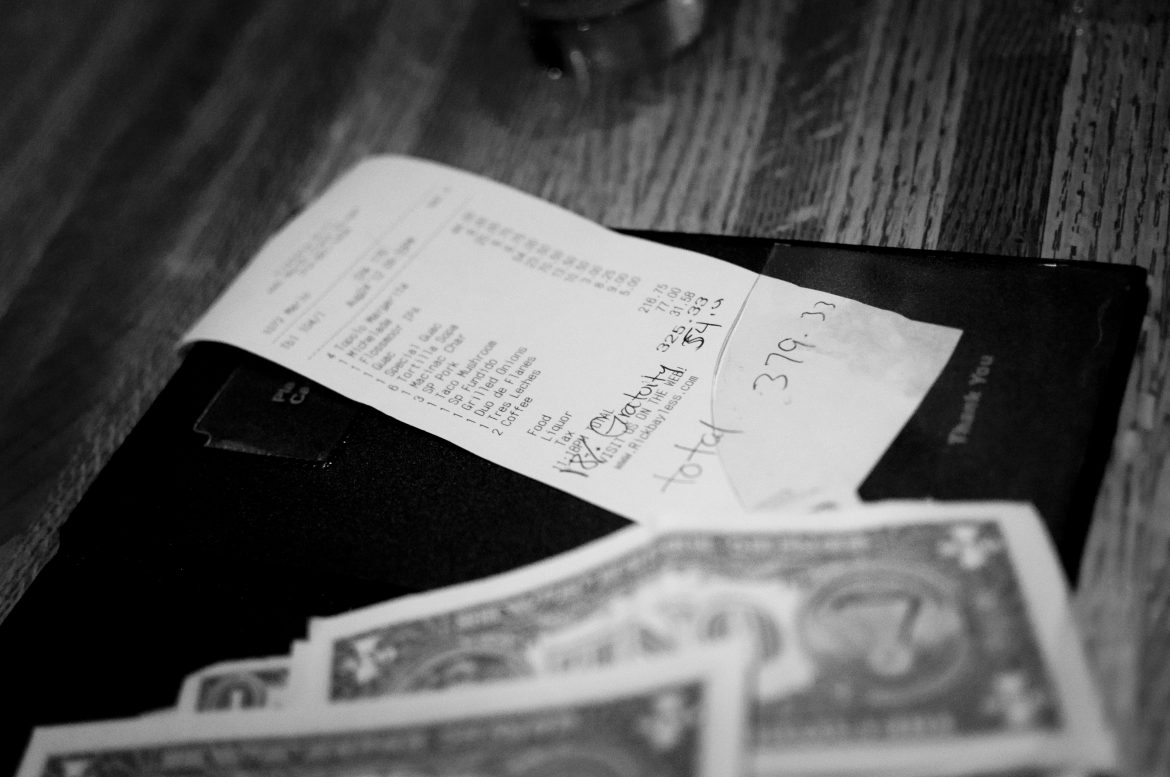 By 9-to-5 standards, Jay Hayden could retire by now. He’s devoted almost 32 years of his life striving to be the best in his trade. But he doesn’t work 9 to 5, and he’s not retiring.

Hayden is a lead server at Geronimo, a fine dining restaurant housed in a centuries-old building in Santa Fe on Canyon Road. A modest dinner for two at Geronimo, with an equally modest tip, can easily cost $100.

Hayden says he can make $30 to $40 per hour including tips, but a legislative proposal speeding toward the governor’s desk has Hayden worried about his financial stability.

Until Saturday, a bill that would raise the minimum wage in New Mexico included a provision to phase out what’s known as the tip credit, a lower base pay for food servers, in the name of fairness and parity. The idea sparked concern for Hayden and other servers who argued their hourly rate would actually go down if there was no separate minimum wage for tipped workers.

In its current form, HB 31 would increase both the tipped minimum wage—from $2.13 to $3.60—and the full minimum wage—from $7.50 to $12.00—over several years. Those specific increases, along with a provision that would allow for future automatic increases, mean the bill will likely be signed by Gov. Michelle Lujan Grisham, who campaigned on raising the state’s wage floor.

But automatic increases to the minimum wage based on inflation are one of the prominent reasons many in the restaurant industry oppose the measure.

The bill’s sponsor told the Senate committee last week that he heard those concerns and decided not to eliminate the tip credit. Rep. Miguel Garcia, D-Albuquerque, said he intended to even the playing field for restaurant servers with his proposal. He told committee members a change to his bill would make the tipped minimum wage about 30 percent of the full minimum wage.

“In moving this bill forward in the Senate, we want to make it explicitly clear that there is no issue with the tip credit,” Garcia said in committee.

Garcia’s bill passed the House and is one committee away from a full Senate vote. But because of the changes he made to the bill, the full House will have another crack at it before it goes to the governor.

Current state law allows employers to pay some tipped workers a fraction of the minimum wage. But, if a worker ends a shift without making the equivalent to minimum wage, the employer is legally obligated to pay the difference. Garcia said said some tipped employees told him that only happens about half the time—and that’s why the Albuquerque legislator initially proposed to eliminate a separate tipped minimum wage.

But Hayden said he’s concerned the cost of living increases would slowly make it harder for restaurants to pay workers; employers would eventually have to lay off workers or go out of business. In an interview with NM Political Report, he called it “death by 1,000 cuts.”

Gundrey, who owns Tomasita’s, told the Senate Public Affairs committee last week that he was happy to hear Garcia amended the bill but still could not support it due to the adjustable wage increase.

However, Gundrey told NM Political Report, keeping the tax credit is a step in the right direction.

It’s been more than a decade since the Legislature passed a statewide minimum wage increase, despite Democratic attempts to do so every year since 2008.

This year, Garcia’s bill, co-sponsored by Rep. Joanne Ferrary, D-Las Cruces, is one of several. It has made the most progress in the Legislature and is the closest to reaching the governor’s desk. During her gubernatorial campaign, Lujan Grisham said she would push for a $12 minimum in a four-year span, then indexed past that. That’s exactly what Garcia is proposing.

But another minimum wage increase bill is rearing its moderate head and has gained support from local business owners. Sen. Clemente Sanchez, D-Grants, presented SB437, alongside Garcia during last week’s hearing. Sanchez’s bill would increase the state’s minimum wage by $2.50 over the next 12 months and allow employers to pay high school students about 85 percent of his bill’s proposed wage.

By comparison, Garcia’s bill would increase the minimum wage by $4.50 over three years, making it a favorite for workers rights groups and further left-leaning lawmakers.

Despite the bills’ differences, there was talk on Saturday amongst committee members about compromise between the two sponsors. Both Garcia and Sanchez said they were open to further conversations.

Both lawmakers saw their proposals pass the Senate Public Affairs Committee, almost unanimously, on Saturday and both are slated go on to the Senate Corporations and Transportation Committee.

Sanchez, who chairs the Corporations and Transportation Committee, told NM Political Report he plans to meet with Garcia to discuss possible compromises and will add the bills to the schedule as soon as that happens.

“I want to get this thing settled as soon as possible,” Sanchez said.