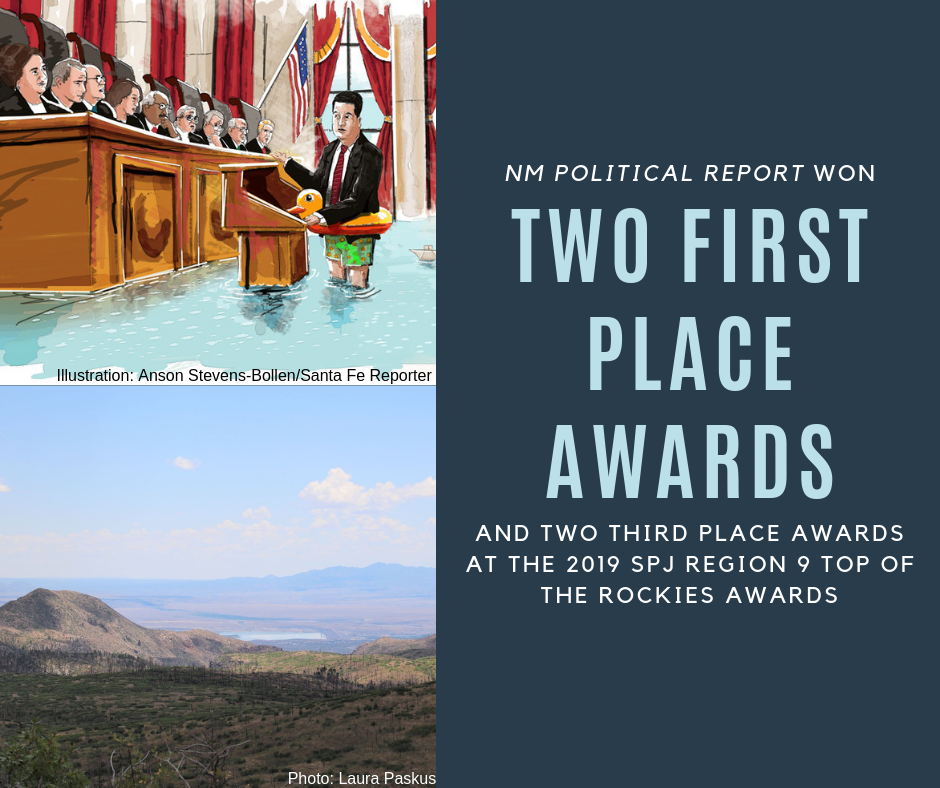 The Society of Professional Journalists Top of the Rockies awards are for the best journalism in the region—Colorado, New Mexico, Wyoming and Utah.

NM Political Report competes in the category against print outlets in the region with circulations between 10,000 and 29,999.

Laura Paskus won first place for her story “Federal climate report shows how climate change will impact U.S. economy, infrastructure and more” in the “Science and Technology: General Reporting” category. The judge wrote, “Laura Paskus does an excellent job of explaining a federal report that looks at climate change and its impact on the U.S. economy and infrastructure. She provides readers with the salient points from the report in terms that are easily understandable, with context about what the results mean.”

Paskus also won first place in the “Public Service” category for her coverage of the Texas v. New Mexico water lawsuit, which included traveling to Washington D.C. NM Political Report partnered with the Santa Fe Reporter, New Mexico In Focus and KUNM-FM to send Paskus for the oral arguments at the U.S. Supreme Court in Washington D.C.

Lyman wrote about the dispute over delays in a construction project at the New Mexico Military Institute by a Republcian U.S. Senate candidate, while Reichbach wrote about whether 2018 would be another “Year of the Woman.”

To support our award-winning reporting, please donate. We’re a non-profit news outlet, so donations may be tax-deductible! If you want to make a monthly donation, you can do so here.