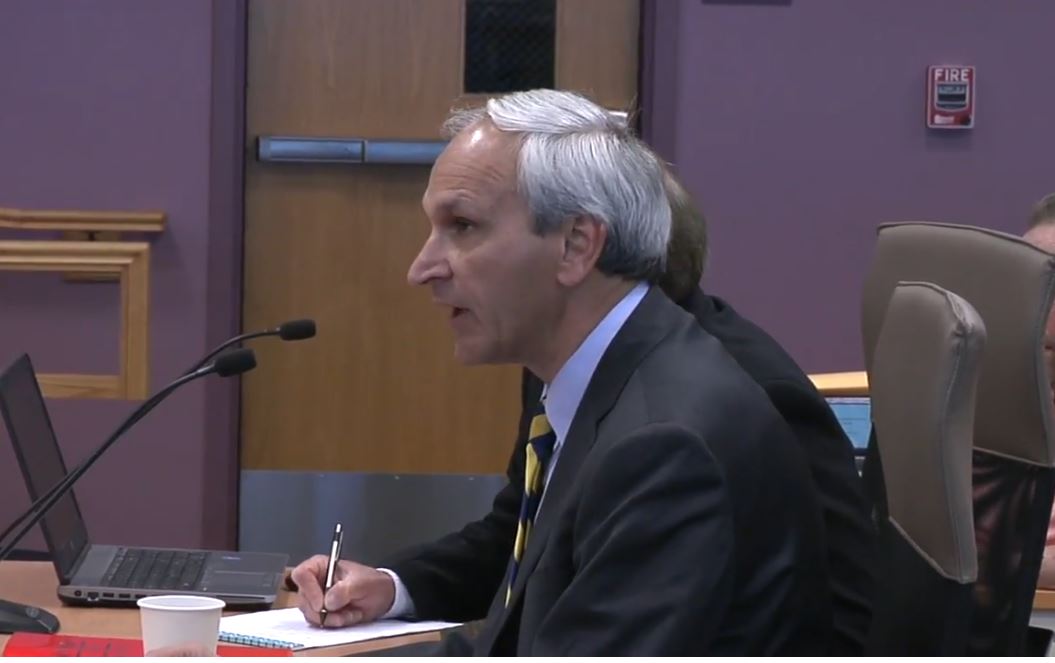 Ken McQueen speaking at a meeting in 2018.

McQueen, who is a climate change denier and former oil executive, is the latest Trump administration appointee whose track record appears to be at odds with his new position.

“Ken’s experience in public service and familiarity with natural resource issues make him an excellent choice to lead the Region 6 office,” Wheeler said in a statement announcing the selection.

McQueen’s industry experience in oil and gas far outweighs his public service. McQueen spent nearly forty years in the oil and gas industry. He served as vice president at WPX Energy between 2002 to 2016, a company that has rights to lease about 100,000 acres of federal, state and Navajo allottee lands in the San Juan Basin for oil and gas production. He also served as a joint venture engineer for Vintage Petroleum from 1994 to 2002, and was a petroleum engineer at Amerada Hess from 1982 to 1994.

McQueen served as Secretary of EMNRD between 2017 and 2018 after being nominated to the position by then-Governor Susana Martinez in 2016. McQueen’s confirmation was mired in controversy over his views on climate change.

During a confirmation hearing, McQueen stated climate change was “just part of the history of the world we live in,” and not caused by human activity.

He also stated that he believed the methane hotspot located over the Four Corners area was due to natural sources. A 2014 paper published in the peer-reviewed journal of the American Geophysical Union, Geophysical Research Letters, found the hotspot was due to the region’s topography and weather patterns, coal mines, coalbed methane wells and the tens of thousands of natural gas and oil wells in the San Juan Basin. Another peer-reviewed study, published in 2016 by the Proceedings of the National Academy of Sciences, similarly found the methane hotspot was the result of oil and gas activity in the area.

As Secretary of EMNRD, McQueen promised to streamline application processes at the state’s Oil Conservation Division, which regulates oil and gas activity in the state. He later argued before a U.S. House committee in 2018 that “it is important to provide as many oil permits as possible when oil prices are high like they are today,” pointing to the cyclical nature of the energy industry, which is prone to boom and bust cycles.

During his tenure at EMNRD, McQueen also proposed using produced water—a byproduct of fracking— for agricultural purposes or even possibly treating the water and using it as drinking water. That proposal was strongly condemned by environmental groups at the time.