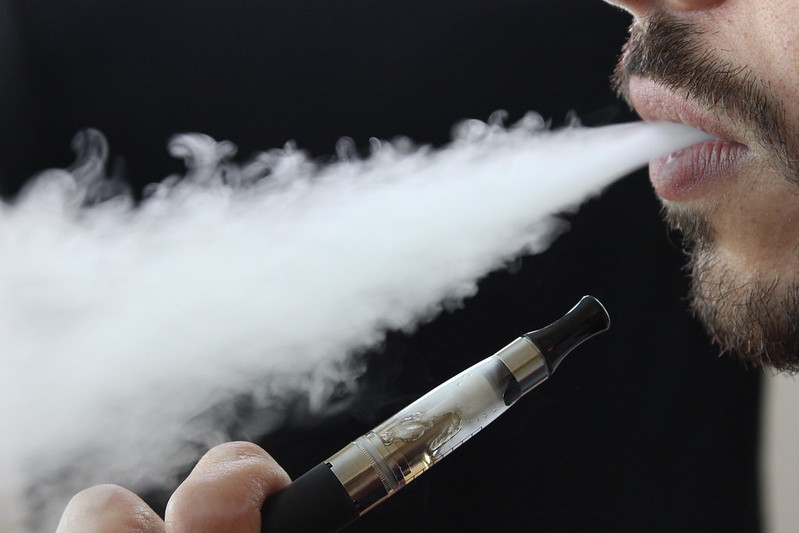 New Mexico’s Attorney General issued a warning to residents about the health risks of e-cigarettes and vaping.

The announcement came after the federal Food and Drug Administration and Drug Enforcement Administration each announced investigations into the marketing and sale of e-cigarettes.

“I am warning all New Mexicans of the health and safety risks associated with the use of e-cigarettes of any kind,” said Attorney General Balderas. “My office will hold any bad actor civilly and criminally accountable that risks the lives of New Mexican children by falsely marketing these devices as safe.”

The New Mexico Department of Health said it had identified 14 vaping-related injury cases, each requiring hospitalization; 10 patients said they had vaped products with THC, the main psychoactive ingredient in cannabis, while one said they had only used nicotine, which a department spokesman said is similar to national numbers.

Earlier this year, reports of mysterious illnesses and deaths linked to vaping prompted investigations and media coverage of the problem.

The U.S. Centers for Disease Control and Prevention reported last week that there are a reported 805 lung injury cases in 46 states, including New Mexico, and one U.S. territory, along with 12 confirmed deaths in ten states. None of the deaths have occurred in New Mexico.

All of these cases included patients with a history of using e-cigarettes or of vaping.

The majority of these cases are in younger patients. The CDC numbers show that 62 percent are from patients between the ages of 18 and 34 and another 16 percent are from those under 18 years old.

No single product or substance has been linked to all of the cases, but the CDC is recommending people refrain from using e-cigarettes or other vaping products, especially those that contain THC. The CDC also says people should not buy any vaping products off the street.

The state DOH had similar suggestions.“We’re working with the federal Food and Drug Administration and the Centers for Disease Control and Prevention on cartridge-testing and patient interviews to determine the root causes of this emerging public health threat,” DOH spokesman David Morgan told NM Political Report. “The NMDOH advises that all New Mexico residents stop vaping and using e-cigarettes, no matter the substance or source, until the current investigation is complete.