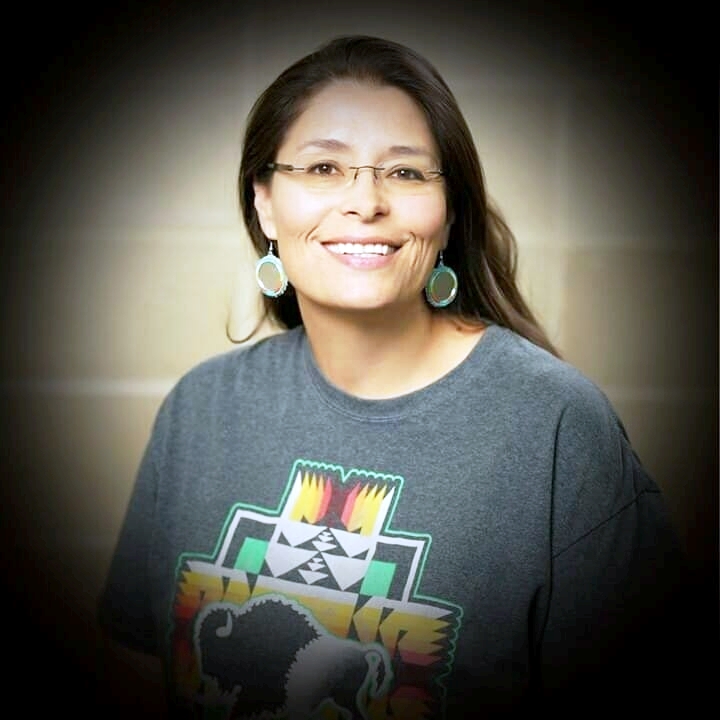 Eager for change, a new organization called the New Mexico Indigenous Women’s Resource Council symbolically tied a ribbon Saturday in Gallup to launch a group dedicated to advocacy and helping people who are marginalized within indigenous communities.

The council’s board president, Sonlatsa Jim-Martin, Navajo-Modoc, said the group will focus on women and girls in indigenous communities who experience domestic violence, helping indigenous people who are LGBTQ, and working on causes such as missing and murdered indigenous women.

Jim-Martin said the number of missing and murdered women and girls from indigenous communities is alarming. She said the problem is worse than the numbers officially reported.

In the coming months, the group will provide networks, help find resources, including clothing or food, for indigenous people experiencing trauma and who need help. Jim-Martin said one place where the new organization sees a need is in Gallup, where a shelter serving victims of domestic violence closed down last year.

Jim-Martin said another major gap the council hopes to fill is helping with access to mental health aid.

“There are not many resources for mental health services or support around issues for women experiencing trauma,” Jim-Martin said. “We can be that support through healing circles we facilitate.”

Jim-Martin said people who are both LGBTQ and indigenous can become victims for human trafficking because they are so marginalized.

“This will be a place to support our LGBTQ relatives,” Jim-Martin said.

In addition to its hands-on work, the council intends to push for change at the tribal, state and federal level. Jim-Martin said she will be in Santa Fe during the upcoming legislative session. The council’s first action as a group will be to march this Saturday as part of the annual, nationwide Women’s March. She said if there is enough interest, they will take to the street in Gallup.

Long-time reproductive justice advocate and lawyer Pamelya Herndon, who is acting as a legal advisor to the group, said the council will “lift the voices of Native women.”

Jim-Martin has been an activist for 30 years. She said that since high school she has worked for social justice, Native American issues, women’s issues, breast-feeding advocacy and environmental justice by volunteering for grassroots organizations. There are three other board members, all enrolled, as Jim-Martin is, in the Navajo Nation. Jim-Martin said their combined experience with nonprofit groups will enable them to help people who are indigenous and in need. Jim-Martin said they are looking for a fifth board member.

While the council does not have a building, Jim-Martin said the all-volunteer board is not so focused on finding a permanent space. The ceremony on Saturday was metaphorical. Instead of a ribbon cutting it was a ribbon tying, Herndon said.

“The council doesn’t believe in cutting anything; they believe in tying things together,” Herndon said.

Despite the amount of work that lies ahead, Jim-Martin said the group is ready to get to work.

“We’re really passionate about this. We want to make an impact,” Jim-Martin said.