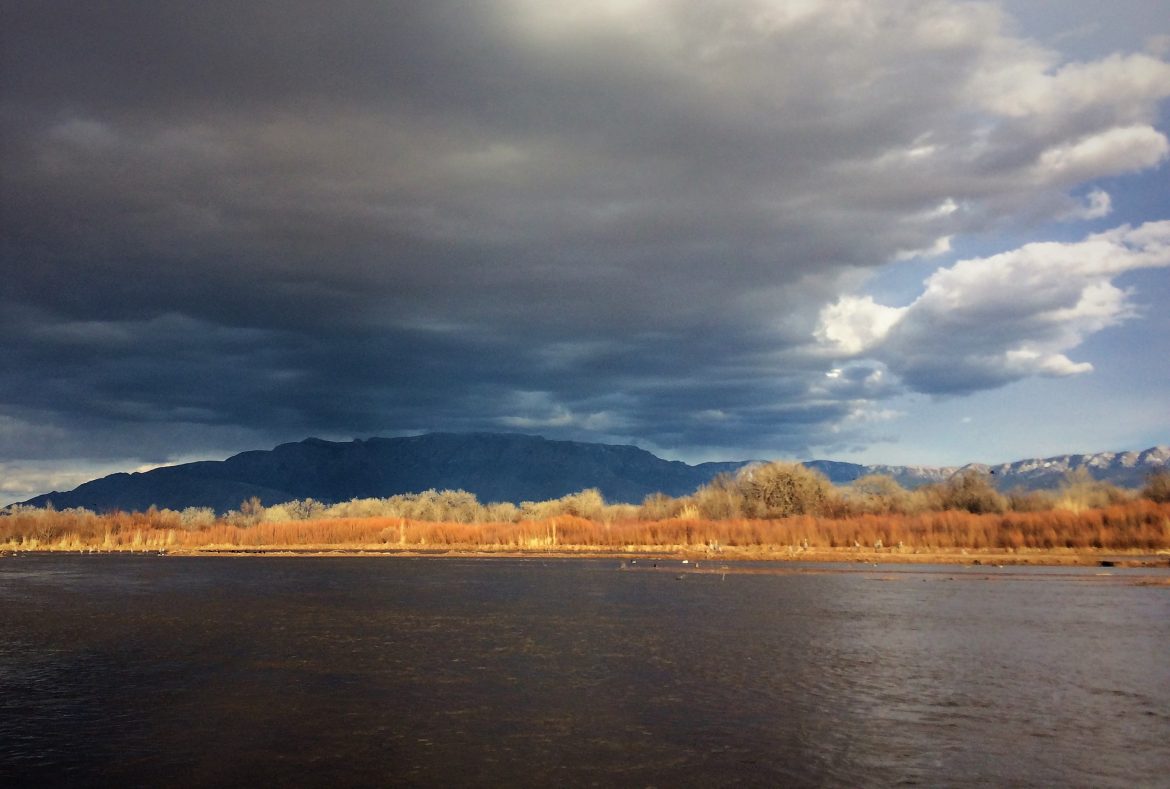 The Rio Grande in Albuquerque in early March, 2019

State leaders looking for a way to address a litigated claim that New Mexico is not providing enough water to Texas under a decades-old compact want funding for a water conservation pilot program south of Elephant Butte.

Though the plan remains vague, both Gov. Michelle Lujan Grisham and the Legislative Finance Committee are proposing to support it by allocating funding to the project in the 2021 fiscal year.

The plan would let water users in the southern part of the state figure out how and when to leave certain areas of their farms unplanted — or fallow — to conserve ground and surface water.

“It’s the start of a solution to the lack of water resources south of Elephant Butte,” said Senate Majority Leader Peter Wirth, D-Santa Fe, who first announced the plan at a Journey Santa Fe event this month. “It’s critical that the solution comes from the farmers down there.”

The Governor’s Office is proposing a $10 million allocation in next year’s budget for a year’s implementation of the pilot program. The LFC’s $30 million proposal takes a three-year approach to the plan, Wirth said.

“The Legislature wants to be part of the plan,” said Sen. John Arthur Smith, D-Deming, the head of the Senate Finance Committee. He said though he was informed of the genesis of the proposal in a meeting late last year, he doesn’t yet have details on how it would work.

“I think the Legislature is saying, ‘Before you jump to a conclusion here and tell us what you plan without legislative approval and tell us it’s going to cost this much, get us involved,'” he said.

Sen. Pat Woods, R-Broadview, a farmer, said he knew nothing of the plan, though he sits on the Senate Conservation Committee.

“I have a problem with the Legislature getting into the state engineer’s business, but if they are going to give money to the State Engineer to come up with another idea … I think it’s a good idea for the Legislature to be involved,” he said.

Wirth and State Engineer John D’Antonio both said that while the plan in itself is a solid step toward conserving water, the shadow of the legal fight over the Rio Grande — litigation that is pending before the U.S. Supreme Court — adds urgency to the action.

The Rio Grande Compact of the late 1930s set up a complicated deal in which Colorado, New Mexico and Texas all are allocated a certain amount of water from the river.

The Texas-New Mexico legal conflict started in 2013 when Texas argued New Mexico farmers are using too much water, including through the drilling of wells, from the Rio Grande as it flows through New Mexico on its way to Texas.

“There’s no telling what could happen with a significant judgement against New Mexico,” D’Antonio said earlier this week. “This is a way to show that New Mexico is serious” in resolving that issue.

Said Wirth: “There is no question the Texas-New Mexico solution needs to be proactive.”

D’Antonio said his office is looking at temporarily fallowing some of the land that uses Rio Grande water and then studying the hydrological effects of it to see if the plan could sustain a similar long-term effort among farmers willing to take part.

The lower Rio Grande water users would “pay into a fund that would compensate those farmers for fallowing,” he said. “The initial money the state would put up would allow for that program to evolve over time.”

No farmers would be forced to take part in the plan. “It’s voluntary,” D’Antonio said.

John Utton, a water attorney who represents several water-users in the southern part of the state — including New Mexico State University and the Camino Real Regional Utility Authority — said it’s vital planners look at areas that could be permanently fallowed without damaging the state’s agricultural business.

“There may be time where there is more land available and other times when we need to shrink a little bit but we don’t want to permanently fallow agricultural efforts,” he said. “Pecans, green chile and onions are all an important part of our economy and need to be kept viable.”

He said the pilot program would initially fallow 5,000 or so acres out of an irrigation area of about 72,000 acres.

“Even if it’s not about litigation, it’s something we should be doing,” he said.

Senate Minority Leader Stuart Ingle, R-Portales, said he wonders if the money being offered is enough.

“As a general rule with water projects, initial estimates are not usually accurate,” said Ingle, who added he was not familiar with the particulars of the plan. “I would hope the Legislature will get involved and find out where we are going to start with this money.”

The Senate Conservation Committee meets Tuesday at the Roundhouse. Sen. Liz Stefanics, D-Cerrillos and the newly appointed chairwoman, said she hopes to question D’Antonio about the plan during that session.