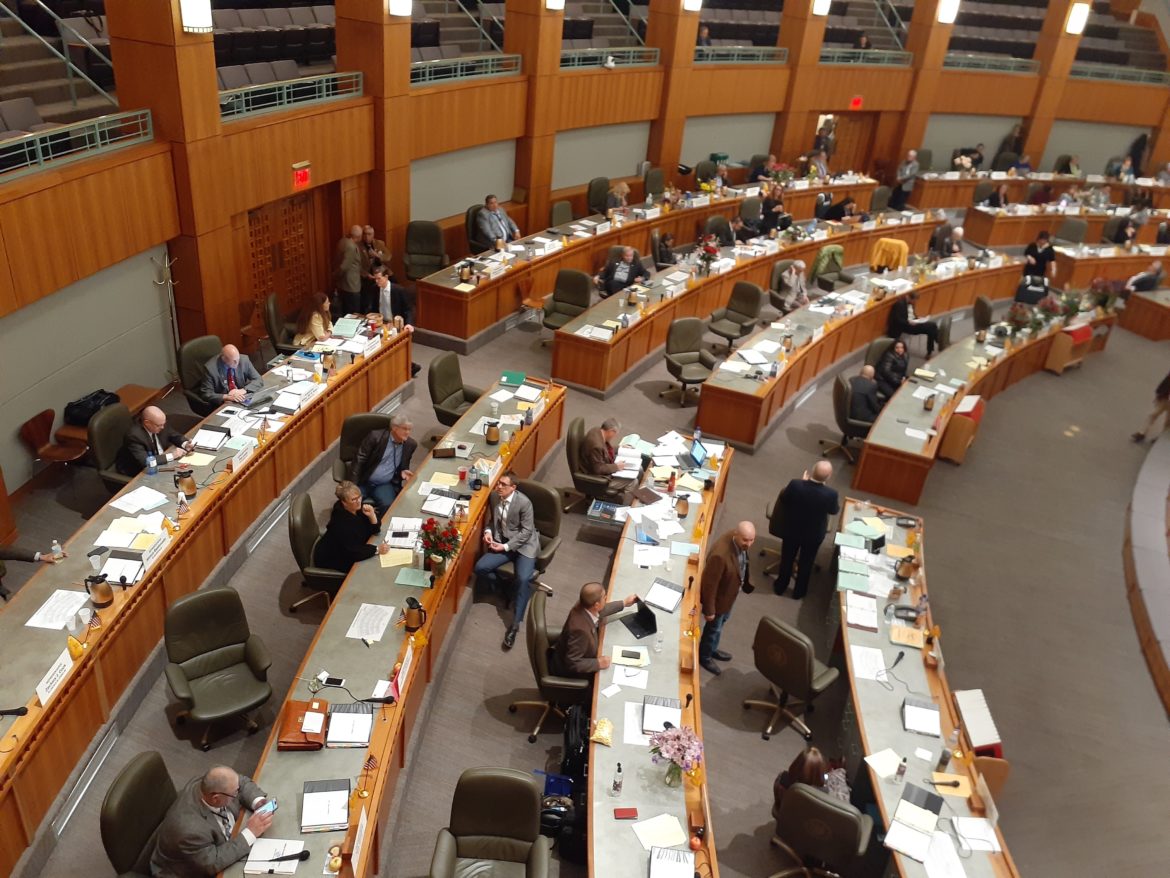 The House voted 67-0 in support of HB 21, which prevents an employer from forcing a nondisclosure agreement on an employee who is settling over sexual harassment, discrimination or retaliation.

Most cases never reach the courts, said Rep. Dayan Hochman-Vigil, D-Albuquerque, during the House floor discussion. Hochman-Vigil also said that more often than not the victim is no longer employed and cannot get a new job and needs to reach the settlement for financial survival.

Proponents of the bill said during committee hearings that the bill really protects future potential victims and that enabling victims to speak about what happened to them can prevent serial abusers.

Hochman-Vigil said nondisclosure agreements on sexual harassment cases can ruin careers. Former broadcast personality Gretchen Carlson, who reached a settlement with Fox News over allegations that Fox News Chairman Roger Ailes sexually harassed her, signed a nondisclosure agreement in 2016. She still does not work in her chosen industry.

“For far too long perpetrators of sexual harassment…have been protected while the survivors have been silenced, retaliated against and fired for coming forward,” the statement said.

Closer to home, Albuquerque-based personal injury attorney Allegra Carpenter has seen first-hand how easily and quickly legal settlements between employees and their bosses can get swept under the rug.

One case in 2018 prompted Carpenter to reach out to state legislators with the hope of changing the law to prohibit mandatory nondisclosure agreements.

Carpenter’s client was Amy Orlando, a former deputy secretary for the state’s Department of Public Safety, and the case would eventually prove to be a high profile one. Orlando was involved in one of a series of high-dollar settlements with the state over allegations that the former State Police chief had sexually harassed other state employees. Carpenter told NM Political Report that she was taken aback when a court mediator said the terms of the settlements would be kept a secret for four years instead of the mandated six months.

“I was like, ‘Over my dead body,’” Carpenter said.

In the end, Carpenter said, she agreed to the terms because another woman involved in the settlement was in dire need of money and she couldn’t find work due to the public nature of the lawsuit.

“She could not afford to not settle the case,” Carpenter said of the woman.

So, after that meeting Carpenter said she took action.

“I came out of that settlement conference and the next day wrote my legislators about why we need this bill,” she said.

That bill is HB 21. It has passed the House Labor, Veterans and Military Affairs Committee, where the bill was amended to remove the words “sexual assault” from the bill and instead inserted the words, “retaliation or discrimination.” Before passing the House Judiciary Committee, lawmakers further amended the bill to ensure it only concerns private employers, not public ones. Republican Rep. Randal Crowder, of Clovis, asked why the bill doesn’t also apply to government employers during the discussion on the House floor.

Hochman-Vigil said another bill was introduced in the Senate that covers public employees. She said it was important to keep the two separate because of the Public Records Act.

Having worked on a number of sexual harassment and retaliation cases, Carpenter said nondisclosure agreements can have a chilling effect on victims. They often have a hard time finding work because they can’t tell a potential new employer anything about why they left their previous job. Further, Carpenter said, the court of public opinion often puts the blame on the victim for not speaking up sooner.

“It’s the equivalent of, ‘Well you should have known that was going to happen because your skirt was too short,’ or ‘Why were you drinking?’” Carpenter said. “It’s the same victim blaming that goes on, but in this instance, it’s in your professional world.”

Besides the Martinez administration settlements, Carpenter brought up Carlson’s story as an example of how victims are harmed by the former employer and then harmed again because of destroyed careers. Carlson is depicted in the movie “Bombshell” which tells the story of female employees at Fox News who accused their former boss Roger Ailes of sexual harassment.

“Higher-level professionals like you see depicted in ‘Bombshell’, they think they can manage it when somebody starts giving them a hard time at the office,” Carpenter said. “You don’t tell anyone, you think you can manage it yourself, you try to make it stop, you sort of make a joke about it, try to move on and then if it gets worse, then you’re blamed because you didn’t complain early enough.”

During Thursday night’s floor debate Republican Rep. Phelps Anderson, of Roswell, asked if the bill could be applied retroactively. Hochman-Vigil said no.

“That was not the answer I was hoping to hear,” Anderson said.

Anderson also asked what would happen to employers who do not follow the law if the bill is passed.

Hochman-Vigil said an employer would be in breach of contract and in statutory violation of the bill. A claim could be brought to court, she said.

With less than a week left in the session the bill still needs to be approved by the Senate before heading to the governor’s desk for her approval.