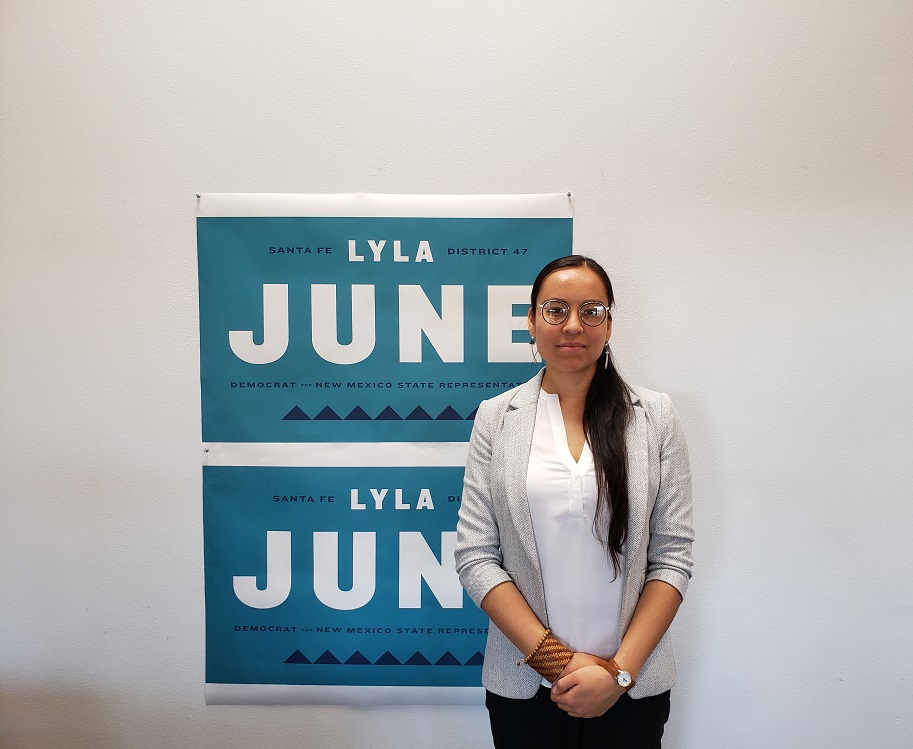 A candidate running to unseat New Mexico’s Speaker of the House suspended her campaign Monday, saying she would re-focus her efforts to combat climate change.

But as NM Political Report’s Andy Lyman, reporting for the Santa Fe Reporter, discovered, Lyla June Johnston’s campaign came to an end about a month after her former campaign manager accused her of theft.

Johnston told the Santa Fe Reporter that a police report that named her as a suspect in a fraud and embezzlement investigation had nothing to do with her decision to drop out of her race.

Johnston said the case was based on a misunderstanding and that her former campaign manager got her property back after police got involved.

After she called police to report the alleged crime, the campaign manager told the responding officer that she thought Johnston, along with another campaign worker, took the campaign manager’s personal belongings in retaliation for quitting Johnston’s campaign.

The campaign manager told the officer she quit the campaign after Johnston disclosed that an old Facebook post from her past was being circulated online. The post, the campaign manager said, seemed to show Johnston admitting to, and asking forgiveness for, sexual misconduct from when she was a student at Stanford University.

Johnston told the Santa Fe Reporter that she has long deleted the post, but that it was her attempt to talk about consent.

“What I was writing about was that when I was a teenager, I kissed someone when we were both inebriated and, as teenagers, we normalize this behavior at parties,” she told the Santa Fe Reporter. “But I eventually rejected that mindset. Because now I know this means neither of us were able to consent. So, I was trying to start a conversation about consent that extends beyond the narrow legal definition.”

Johnston’s official announcement that she was ending her campaign cited “a disappointing legislative session” and her seven day fast as two events that made it “clear that our resources and energy will be better directed toward a grassroots, statewide effort to address the climate emergency.”

Johnston is outspoken against the oil and gas industry and has criticized politicians, including her former opponent, Speaker of the House Brian Egolf, of relying too much on financial returns from oil and gas extraction.

Her exit from the race leaves Egolf without an opponent with just a few weeks left for legislative candidates to file for candidacy.