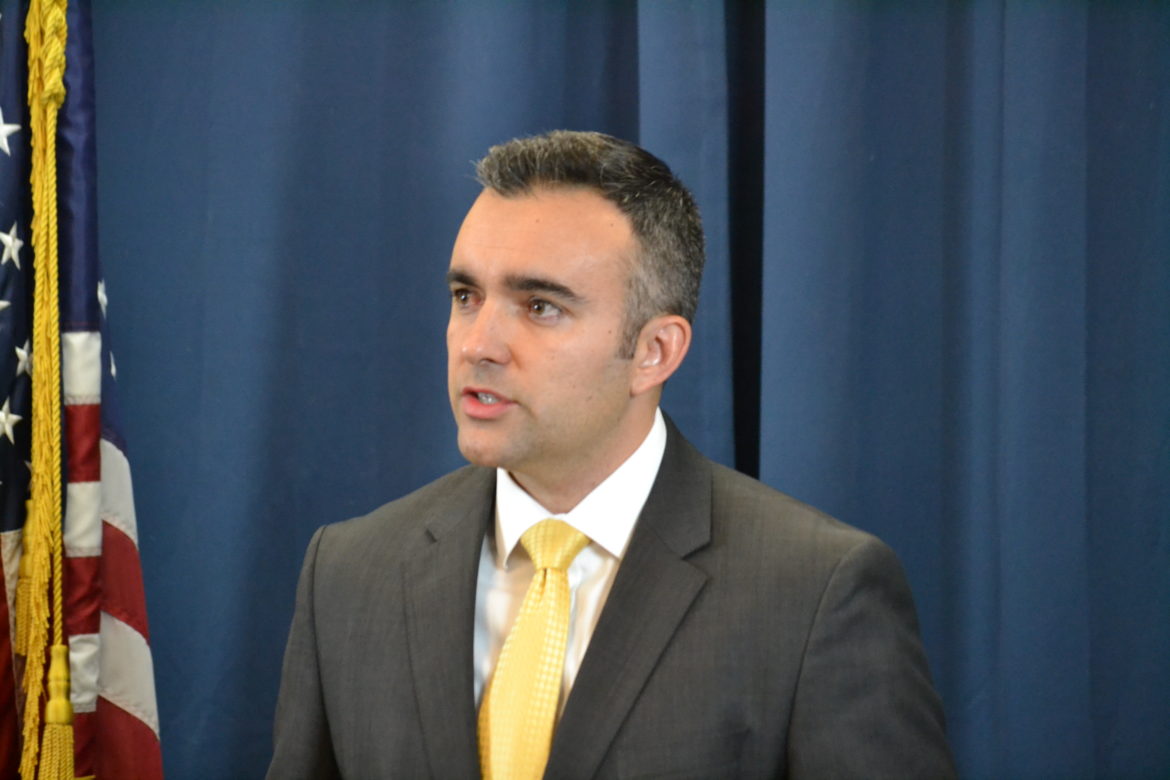 Starting Monday there will be significantly fewer prosecutors in Bernalillo County’s district court. Raul Torrez, the 2nd Judicial District Attorney, issued a letter to the state Supreme Court Thursday notifying justices that Torrez’s staff will not appear in person to any proceedings that can be done over video conferencing.

“As of Monday, March 23, 2020, my attorneys and staff will not appear in person for any hearings which can be constitutionally conducted by video conference technology,” Torrez wrote.

His announcement came days after the state Supreme Court added additional restrictions for court proceedings amid a growing number of positive COVID-19 tests in the state.

In his letter, Torrez said his office took part in a test video conference with public defenders and a state district court judge. He argued that the test was proof that current technology will allow courts to preserve constitutional rights and public safety.

“Unfortunately, despite viable technological alternatives, in-person hearings continue to be set for routine matters that do not legally require the physical presence of any of the parties involved,” Torrez wrote. “Courtrooms continue to gather too many people into confined spaces, unnecessarily placing my employees, their families, defendants, court personnel, and the entire community at risk.”

Torrez’s letter echoed concerns he and others in the justice system sent to the Supreme Court last week. Both the state’s District Attorney’s Association and the Law Offices of the Public Defender issued their own letters to the Supreme Court. While some of the specifics differed between organizations, they all asked justices to put a hold on many court proceedings.

Last week the state Supreme Court ordered civil jury trials to be put on hold, a reduction of inmates brought into court buildings and jury pools of no more than 25 people. On Sunday the Law Office of the Public Defender asked for even more court restrictions, followed by individual letters from Torrez and New Mexico District Attorney’s Association Diana Luce asking for similar restrictions.

And on Tuesday the Supreme Court issued another order to postpone all pending jury trials until April 30, but Supreme Court Chief Justice Judith Nakamura added that shutting down courts completely would be detrimental.

“Courts play a critical role in our society ensuring compliance with the rule of law. This includes hearing the initial pleas of those arrested and charged with crimes, making constitutionally required decisions on the pretrial detention of defendants and issuing restraining orders to protect victims of domestic violence,” Nakamura said in a statement on Tuesday. “These are among the crucial functions the Judiciary will continue to provide New Mexicans with necessary public health precautions at courthouses.”

But Torrez said he would like to see an order from the state’s high court making video or phone conferencing the standard and not the exception. He said Washington is the state that New Mexico justices should use as a benchmark. The state Supreme Court there ordered essential hearings to be held by phone or over video.

“Effectively what they’re saying is, ‘You should all be doing hearings remotely unless it’s absolutely necessary,’” Torrez said. “That default position would enhance safety across the system.”

In his letter to the state Supreme Court, Torrez attached photos of court proceedings from this week that show orange jumpsuit-clad defendants in a courtroom with roughly a dozen other people. Torrez told NM Political Report those defendants were in court over probation violations.

“That’s the kind of thing where you could keep the defendant at jail, not put them all on a bus together and not have them going in and out of the elevators and the courtroom.”

Torrez added that he is concerned that if one of his staff members tests positive for COVID-19 he will have to shut down his entire office. Case in point, he said, is 5th Judicial District Attorney Dianna Luce, who is currently self-quarantined. Luce confirmed with NM Political Report that she, three prosecutors from her office and two victim advocates are all self-quarantined after they came into contact with someone who was tested for COVID-19.

Still, Torrez said his message to the public is that he is not skirting his duties, but that he is trying to keep his staff safe.

“It’s not the idea that we’re not willing and ready to work and serve the public, but I’m not going to get on the phone with the mother or spouse or child of one of my young prosecutors if they end up on a ventilator in a hospital and tell them that this run of the mill proceeding was worth the possibility that this person might lose their life,” Torrez said. “I’m just not willing to do that.”