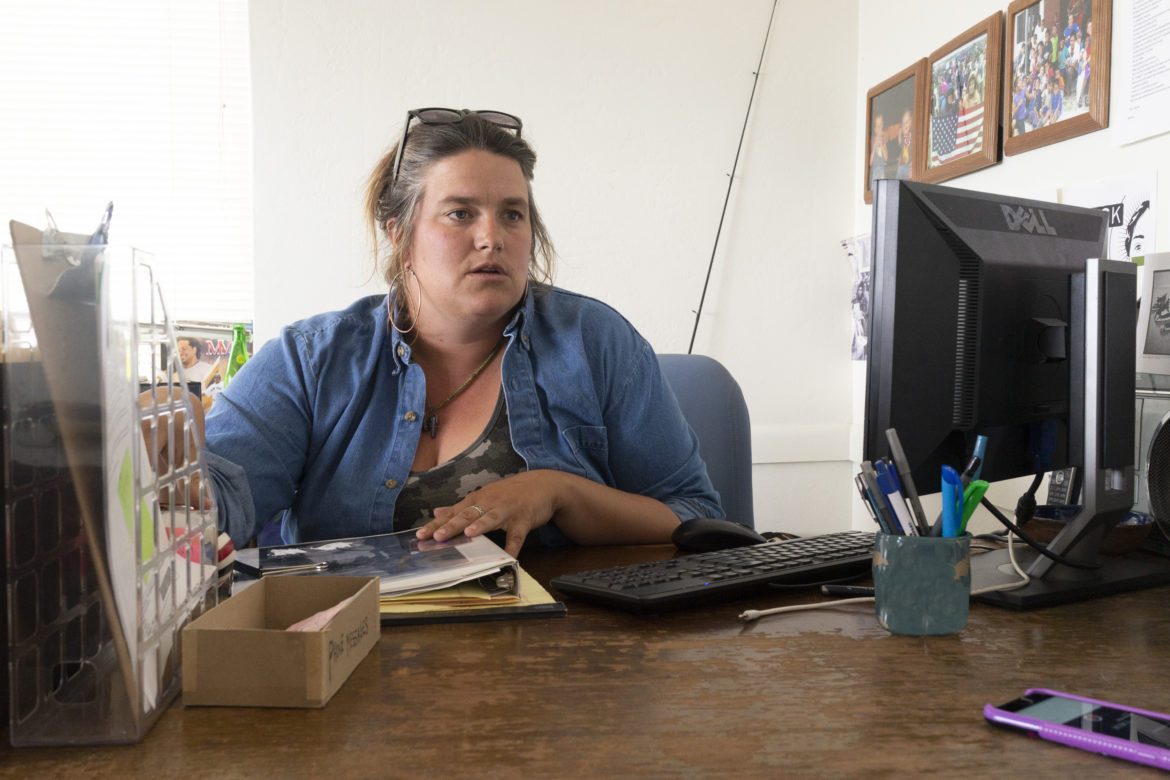 As COVID-19 spreads around the world, governments are urging people to keep physical distance between themselves and others. It’s a simple way to limit the transmission of the virus and save lives.

But about 38,000 people held in crowded migrant detention centers around the U.S. — including three lockups in New Mexico — don’t have that option.

“The one thing that everyone else is being told to do, you can’t do,” said Allegra Love, executive director of the Santa Fe Dreamers Project, a legal services organization for migrants. The virus, she said, is “going to tear through these confined spaces. And that is what’s really scary.”

And if that happens in any one of New Mexico’s three immigrant detention facilities, some of the people who get sick will inevitably need to be cared for in the state’s already under-resourced hospitals, putting further strain on the medical system.

Activists are pressuring Washington to release detained migrants — many of whom properly sought asylum or attempted to enter the country legally. This week, the American Civil Liberties Union sued ICE, demanding that the government free certain migrants who are particularly vulnerable to infection, such as elderly individuals and those with chronic diseases.

Searchlight spoke with Love on Wednesday. This Q&A has been edited and condensed for clarity.

Let’s start with the news —the federal government is considering a plan to turn away all asylum seekers and migrants at the southern border. What do you think of this as a way to limit the spread of COVID-19?

This is an enormous crisis, and our government, in trying to figure out who can come into our country and cannot, has a huge task ahead of them. I want to have some compassion for the people who are trying to make decisions.

There is nothing illegal happening when people come seeking political asylum. They’re actually exercising a very powerful international right to seek safety. And you can’t just take that right away.

For migrants who are currently in this country — what are you concerned will happen in ICE detention centers?

Think about the anxiety, the uncertainty, and the fear that you are experiencing right now as a citizen who has freedom of movement. The one thing that I think is very, very, very clear is that we need to be keeping safe distances from one another.

So now imagine you are a foreign national in ICE detention. You have the same anxieties, the same fears, the same concerns. Yet you’re shoulder to shoulder with people in detention facilities.

For the large part, people who are in internal detention right now, especially in the borderlands, are asylum seekers. And they are not a risk for national security. They are not coming to the U.S. with criminal records. They pose no threat.

Their detention poses a different, actual, threat to the United States, which is a public health crisis. You have to remember, there’s no curve to flatten in a jail. The virus is not just going to “make its way,” like it’s making its way through the community. It’s going to tear through these confined spaces.

You’ve been inside ICE detention centers — in New Mexico they’re in Chaparral, Estancia, and Milan. What are they like?

It’s basically like a jail. There’s certain freedom of movement in some spaces. You have your units where you sleep. Some of them are cells, some of them are not. These are close quarters. There’s a general lack of hygiene and sanitation.

What have you been hearing from your clients recently?

A week ago, we stopped doing visitation, because we didn’t want to be exposing this ecosystem to this virus before we heard any sort of plan for the Department of Homeland Security [which oversees ICE] to deal with it.

What are you doing to help people in detention right now?

The mechanism lawyers are using right now is this thing called humanitarian parole. It’s under the immigration laws of the United States.

We started with people who we knew are immunocompromised. The first person I sent one in for — she’s pregnant. They did end up granting my request, but they put a $10,000 bond on it, saying she can go if she wants, but she needs to pay $10,000.

Could these changes that you and others are calling for have a lasting impact on the immigration system?

They don’t have to. There are ways to suspend things, release people provisionally, that would not cause lasting damage to this regime’s immigration policies. And I think that’s really important to understand. I am a person who’s been politically opposed to Trump’s immigration policies from day one. But this is not what we’re talking about.