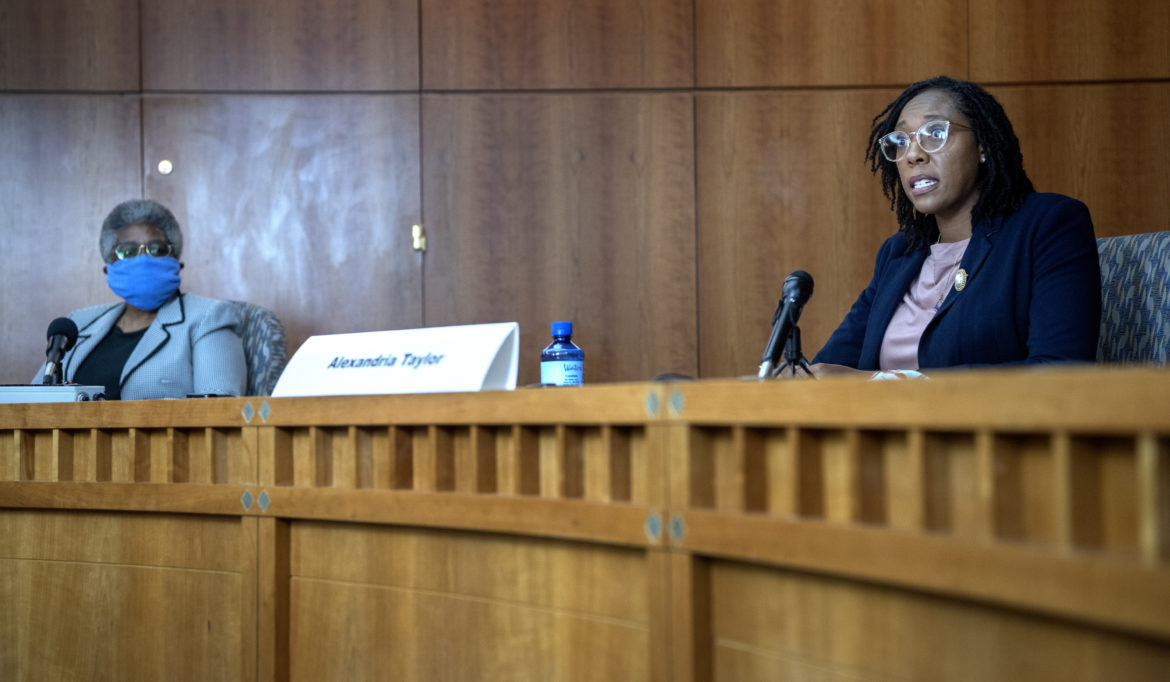 On Thursday, Governor Michelle Lujan Grisham said racism is a “public health emergency” and that she would make examining government policies with institutionalized racism in mind “the center of my administration.”

She announced the formation of the Council for Racial Justice, which will be comprised of several African American community leaders, and she will appoint a racial justice czar. The council will include state Rep. Sheryl Williams Stapleton, a Democrat from Albuquerque, NM Coalition of Sexual Assault Programs Director Alexandria Taylor and the Reverend Donna Maria Davis of the Grant Chapel AME Church, along with others.

Lujan Grisham said during the live press conference that the nation has to “own what slavery did.”

“Until we own that sin…that disgrace, we don’t have the opportunity to move forward,” Lujan Grishan said.

The press conference came after recent events that have gripped the nation. Video showed a Minneapolis police officer kneeling on an African American man, George Floyd, for nearly nine minutes, killing him. Police reports said Floyd used a counterfeit $20 bill to buy a pack of cigarettes. Two separate autopsies came up with different findings as to the underlying causes but both ruled his death a homicide.

The video of Minneapolis officer Derek Chauvin kneeling  on Floyd’s neck as Floyd repeatedly said he couldn’t breathe, and then called out for his deceased mother before going unconscious and later dying, has led to protests in all 50 states. In some instances, those protests have turned violent, including with police using force, including tear gas, on protesters. There has also been looting and vandalism.

Minnesota Attorney General Keith Ellison upgraded charges against Chauvin to 2nd degree murder and charged the three officers who were nearby and did not intervene with aiding and abetting murder.

Just hours after the press conference, a judge in Georgia found probable cause for murder charges in the killing of Ahmaud Arbery.

Protests have taken place in various cities around New Mexico over the last several days. Up until Sunday night the protests remained peaceful but after police and protesters had largely left the scene, there was some looting and vandalism.

The APD is currently investigating a situation where a few officers appeared to be coordinating with fighters from the Jackson Wink Gym in preparation for the Black Lives Matter protest Monday night. A Daily Lobo reporter, Bella Davis, said on Twitter that she saw several people armed even though the protest Monday night was peaceful. Davis said on her Twitter account that she had seen some vandalism and looting but not violence.

Albuquerque Mayor Tim Keller has refrained from setting a curfew in Albuquerque.

What can the governor do?

“That must be a core requirement to graduate,” Lujan Grisham said.

While the press conference took place, Albuquerque Police responded to a situation in the Tanoan gated community in Northeast Albuquerque and officers fired on a person, the Albuquerque Journal reported.

The policy went into effect to ensure that the department is adhering to all U.S. Department of Justice requirements. The DOJ and the city of Albuquerque reached a settlement agreement in 2014, and the department has been under a consent decree since then. The DOJ launched an investigation in 2012 to determine if the department had a pattern of excessive use of force. The DOJ’s investigation concluded that the APD did engage in a “significant amount” of deadly force and “less lethal force was excessive.”

Lujan Grisham said that even past decisions she has made, such as Operation Metro Surge, which targeted residents last year in the International District and led to nearly 1,000 arrests, could be revisited. The district has a high proportion of minority residents.

“We’ll have to take a look at every decision we’ve made and shed new light,” Lujan Grisham said.

Lujan Grisham criticized the federal handling of the protests that have been occurring since last week around the country. She said she was “appalled” at what has been coming from the White House. President Donald Trump has been criticized, even by some Republicans, over his handling of the situation.

Lujan Grisham said she was also appalled at the militarization of the police that has happened in some cities. Police drove peaceful protestors away from the front of the White House earlier this week with tear gas and rubber bullets so Trump could have a photo opportunity in front of a nearby historic church. The move has been roundly criticized, including by religious leaders and those at the church who were driven away.

Lujan Grisham spoke about institutionalized racism as a “cancer untreated,” and slavery as an “original sin” and a “disgusting truth.”

She also said she was going to “listen.”

“That’s an incredibly difficult space for someone like me to hold,” she said.

Taylor said the overrepresentation of Blacks in the New Mexico justice system is another issue that the state needs to “prioritize.”

Critics have been saying for weeks that the state’s efforts to release those held for nonviolent offenses has been too little and could be too late. Local jails and state prisons could be a tinderbox for the respiratory illness where it is impossible for inmates who live together in pods to practice social distancing.

Groups such as The Sentencing Project, have laid out suggested policy on best practices for incarcerating prisoners during the pandemic. Communities of color are overly represented in the prison system across the U.S. as well as in New Mexico. But, the rate of release during the pandemic has moved slowly.

The  Governor’s office did not respond to a late afternoon email to request comment.

Lujan Grisham said she fully expects to see cases of COVID-19 climb within a couple of weeks due to the protests. She said she would like to see the protests move to “virtual protests,” but she didn’t offer details on how that would happen.

Williams Stapleton made the connection between the food and economic insecurity and how that is impacting minorities in the state during the pandemic.

“We have Americans who are hurting and shamefully so,” Williams Stapleton said.

Taylor brought up the fact that COVID-19 hits minority residents disproportionately harder than whites. In New Mexico, that has meant largely the northwest corner of the state where many residents lack running water. McKinley County, which is home to many Navajo, has 2,542 cases, 700 more than the county with the second-most, San Juan County.

Lujan Grisham also spoke of inequities such as environmental racism, the need for school investments in poor minority communities and health care access for minority groups as some other issues that need to be addressed.

“We are seizing this moment,” she said.