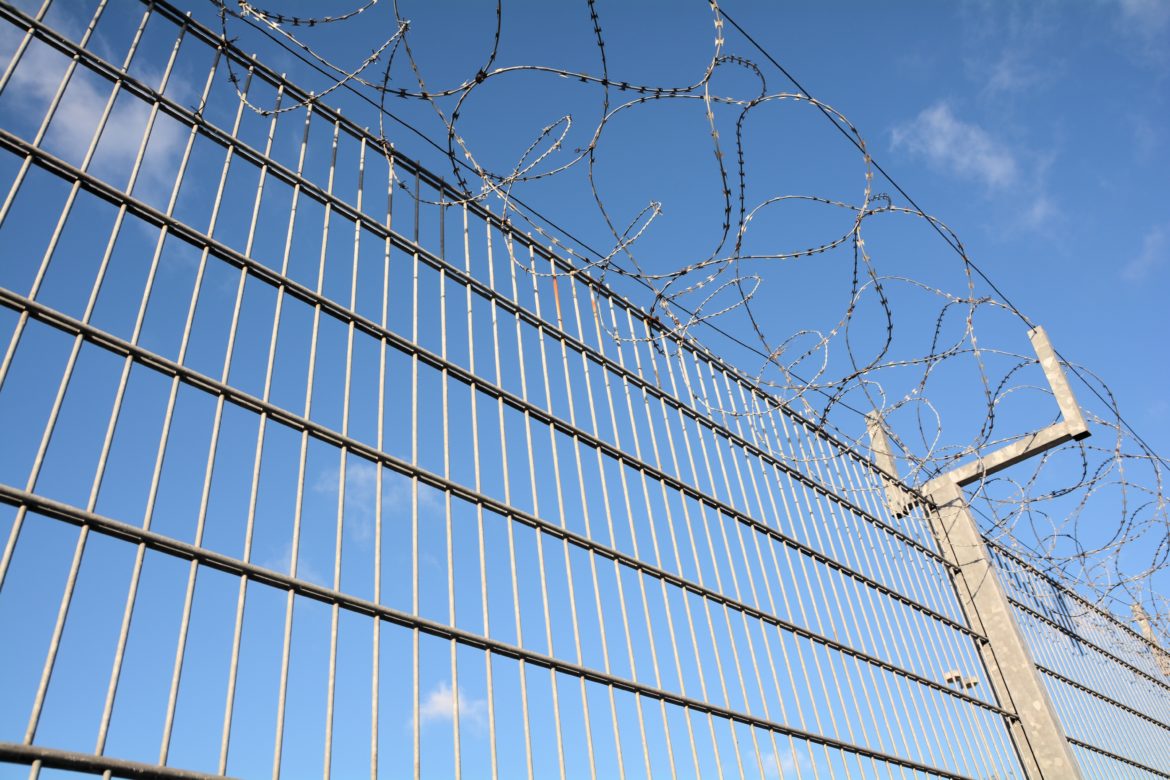 When the state Department of Health reported a two-day spike in COVID-19 at Cibola County Correctional Center late last month, activists and lawyers who work with detained migrants didn’t know how many had tested positive.

“We have one of the largest immigration detention systems in the world,” said Rebekah Entralgo, media advocacy specialist for the California organization Freedom for Immigrants which works with detainees. And she said by phone that the private companies that run detention centers “thrive off secrecy.”

Allegra Love, executive director of Santa Fe Dreamers Project, which provides free legal services to immigrants, said her impression is that the migrant population at the Cibola facility is “low.”

“That information is almost impossible to get and CoreCivic isn’t compelled to tell us daily count numbers,” Love said.

New Mexico’s congressional delegation sent a letter to CoreCivic last week because of the recent spike in COVID-19 at the multi-use detention center. The letter also went to Matthew Albence, acting director of U.S. Immigration and Customs Enforcement and others.

But according to the U.S. Immigration and Customs Enforcement (ICE) website, there are no active cases of COVID-19 among ICE detainees at Cibola County Correctional Center and there has been only one positive case since the pandemic began.

In response to questions from NM Political Report, Leticia Zamarripa, ICE spokesperson, wrote in an email that there are eight migrants currently housed in ICE custody at the Cibola facility and that the information provided on the agency’s website is accurate. She said that no migrant tested positive for COVID-19 during the state DOH’s directed mass test in late July.

Zamarripa said she couldn’t comment on the numbers of positive cases of COVID-19 because “ICE can only comment on its detainees.”

“The ICE Occupational Safety and Health (OSH) Unit continues to work diligently to ensure ICE (original emphasis) employees are operating under the safest and most practical conditions to reduce the risk of exposure and prevent further spreading of COVID-19 during the course of ongoing daily operations,” Zamarripa wrote.

But detention employees are often employed by the private companies that manage the facilities, according to various advocates.

Love and others both locally and nationally have been doing all they can to point to the potential for a mass COVID-19 outbreak among migrants detained in ICE custody since before the pandemic began. Love described to NM Political Report what she has seen and heard from her clients who were detainees at the Cibola facility in the past.

“What I can tell you about the facility is that I have witnessed so much human rights abuse within the walls of that facility for the last several years. Medical neglect, abusive treatment, the complete misuse of solitary confinement,” Love said. “The staff there over the last several years don’t indicate that they have any respect for the human lives in there.”

Zamarripa said through an email that the agency needs more details to respond.

“ICE cannot research or provide individual comment on any allegations of mistreatment without the specific details, including the names and signed privacy-waiver forms of the current or former detainees who have made these allegations,” Zamarripa wrote.

Joachim Marjon, an immigration attorney for American Civil Liberties Union of New Mexico, said the disrespect of migrants in general is part of the larger conversation going on right now with the Black Lives Matter movement.

“The lack of respect for human life, particularly minorities and the prominent use of force, these are all symptoms of a much deeper psychological problem of our state. It’s very much connected (to the Black Lives Matter movement). It’s the same power structure that put this in place,” Marjon said.

Most of that money goes to the private companies, which first began housing detainees in the U.S. in the early 1980s. According to a U.S. House Homeland Security Subcommittee hearing in July, 80 percent of the detainee bed space is run by private companies.

During that hearing, Scott Marquardt, president of Management and Training Corporation (MTC) and Damon Hininger, chief executive officer for CoreCivic, both testified that the two companies, which operate three detainee facilities in New Mexico, are protecting the people nationwide who are in their care.

“Most of my days are spent on the phone as detainees are having panic attacks,” she told NM Political Report.

“I’ve had clients who have tried to kill themselves because of how hideous their care has been. I’ve been lied to about the well being of my clients,” Love said.

CoreCivic Manager of Public Affairs Ryan Gustin said in response to the congressional letter sent to the company that most of those who tested positive were asymptomatic and that the company follows all COVID-19 protocols.

“We have rigorously followed the guidance of local, state and federal health authorities, as well as our government partners,” Gustin said through email.

Marjon, who has clients at the Otero County Processing Center in Chaparral, said conditions there are “ripe for an outbreak.”

Issa Arnita, spokesperson for MTC, which operates the Otero County Processing Center, said by email that the company is “doing everything we can to protect the health of our staff and those we serve. That is our top priority.”

Arnita also said MTC is following the Centers for Disease Control and Prevention guidelines and screening individuals before they enter the facility and employing other safety precautions.

But Marjon said the detention rooms have 25 bunk beds spaced about three feet apart. He said a sink is attached to a toilet “everyone has to use,” and that the detainees have to clean the facilities themselves. Love said the private companies pay the detainees $1 a day to do the work.

Kahn, who said New Mexico Immigration Law Center has clients at the Torrance County Detention Facility, told NM Political Report a story of a migrant held at the Torrance County facility, who tested positive and was released. But, she said, the sick migrant’s mattress was never washed and someone else used it.

Gustin wrote that CoreCivic has a Coronavirus Medical Action Plan in place at each of its facilities. He said the company has been working on it since January.

Kahn also said a man was transferred to the Torrance facility even though he had already tested positive for the virus before arrival.

“A man who had tested positive (in late April or early May) in the El Paso Detention Center was transferred even though he had already tested positive and he gave it to others on the bus and in Torrance,” Kahn said.

Why migrants land in detention

Most migrants in detention have done nothing illegal, say advocates and legal experts. Many come to the border and request asylum because they are fleeing from violence in their home countries. In some cases, this can include domestic violence. But gang violence and political instability are also some of the reasons many make the arduous journey to the United States, Entralgo said.

Those picked up by ICE from their homes for working and living in the U.S. as undocumented people came here because they “really wanted to provide for their families” and, often, were fleeing violence in their home countries, Entralgo said.

“The most common thing we hear is they were really attracted to the American dream,” Entralgo said. “A lot of these ICE detainees are viable members of an American community. They have U.S. family members, U.S. citizen wives and children they could be released to.”

But instead, some languish behind bars for months, even years. Entralgo said the average length of time a migrant spends in ICE detention is two years.

Those who benefit are the shareholders of the private companies who are holding the migrants, Love said.

“Corporations are making money off the bodies of suffering people. Holding these bodies to make money off a contract. I don’t know if there’s anything more evil,” Love said.

Love said that U.S. asylum laws came about because of the Holocaust.

“We made a commitment to the world after the Holocaust for asylum seekers,” Love said.

President Donald Trump closed the U.S. border to Mexico early in the pandemic, citing safety reasons. But Sen. Martin Heinrich, who was one of the congressional leaders who signed the letter to CoreCivic last week, told NM Political Report last month that if safety was really the issue, the detention facilities would be run differently.

“The actions under this administration have resulted in the spread of COVID-19, not the prevention of it,” Heinrich said.

Advocates, lawyers and activists have expressed worry that the detention guards and staff could potentially spread the disease into their communities because employees can become infected from working in unsafe conditions.

The letter sent to CoreCivic’s CEO Damon Hininger said they received accounts of correctional officers working at the Cibola facility who are not wearing adequate personal protective equipment (PPE) when escorting COVID-19 positive inmates to the local hospital, which puts a strain on the local hospital, the letter states.

Gustin said in his email that CoreCivic requires all staff to wear masks.

“When refugee children show up (at the border) they are to be referred to the Office of Refugee Resettlement. There are shelters (designed to accept the children) sitting empty,” he said from his Washington D.C. office last month. “This administration is sending children back into one of the most predatory and dangerous neighborhoods, in immediate sexual assault risk and physical risk.”

Heinrich said he hopes that New Mexico can “take a step back,” and reconsider having private detention facilities in the state.