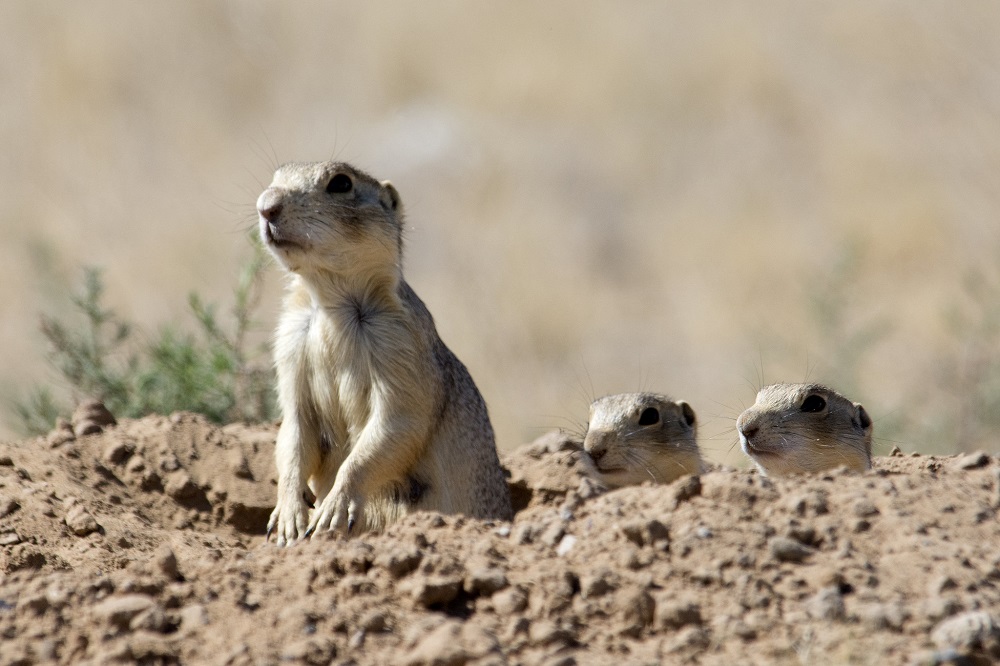 The conservation-focused WildEarth Guardians filed a lawsuit against the U.S. Department of Agriculture’s Wildlife Services agency, challenging the science behind what the group calls an “outdated wildlife-killing program.” The group filed the lawsuit in a federal district court.

Wildlife Services is a secretive agency within the USDA’s Animal and Plant Health Inspection Service that enters into contracts with counties and local governments to remove, euthanize and disperse wildlife that are considered threats to agriculture, livestock and ranching operations.

Wildlife Services killed over 1.2 million native animals across the U.S. in 2019, including thousands of animals here in New Mexico. The agency is most well-known for its predator control programs, in which federal agents use lethal and nonlethal techniques to remove coyotes, foxes, wolves— including endangered Mexican gray wolves—mountain lions, bears and other predators from areas where those animals threaten livestock.

But the wildlife program extends beyond just predator control. Nationwide, Wildlife Services targets a wide range of wildlife species for removal, including an array of birds such as sandhill cranes, ravens, red-tailed hawks, great blue herons and owls; and mammals such as beavers, rabbits, hares and prairie dogs.

The impacts of those removals on the natural ecosystems are more or less unknown, according to Chris Smith, southern Rockies wildlife advocate for WildEarth Guardians, because the agency has never completed an environmental impact statement for its program in this state.

“Wildlife are the engineers, along with plant species and then microbes and fungi and stuff, that actually make ecosystems function,” said Chris Smith, southern Rockies wildlife advocate for WildEarth Guardians. “Removing wildlife—and that integral role that they play in ecosystem function—breaks down the way those ecosystems do things like self-manage, clean water, clean air, resupply soils with nutrients, things like that.”

“Especially in an era when droughts and other impacts of the climate crisis are being felt across the west—but especially in dry ecosystems like those in New Mexico—removing those very engineers that make those ecosystems function is problematic,” Smith said. “If you don’t know the impact that you’re going to have, you shouldn’t be doing it.”

The WildEarth Guardians lawsuit alleges that the agency is in violation of the National Environmental Policy Act (NEPA) because it has not completed an EIS for the state. Instead, Wildlife Services has relied on environmental assessments (EAs), which are less thorough in examining the environmental impacts of an activity.

Those EAs are themselves outdated, and are based on scientific research dating back decades. The lawsuit points to EAs related to the agency’s Predator Damage Management and Aquatic Rodent Management, neither of which have been updated in the last decade, and which rely on older understandings of how ecosystems function and how predators behave.

Under NEPA, agencies are required to update EAs and EISs when “significant new circumstances or information relevant to [the] environmental concerns and bearing on the proposed action or its impacts [on the environment]” become available. WildEarth Guardians’ suit argues that there have been hundreds of recent studies expanding our understanding of the environmental impacts of removing species from their ecosystems, but that research isn’t being reflected in Wildlife Services’ programs.

Smith pointed to the prairie dog, which has been historically seen as a nuisance and an impediment to development, but is now recognized as an important keystone species in grassland ecosystems.

“Prairie dogs tend to—at this point in history—inhabit vacant dirt lots, because that’s kind of the habitat we’ve left to them,” Smith said. But the animals actually play an important role in desert ecosystems and can turn barren dirt lots into small vibrant ecosystems.

“Prairie dogs are really really industrious, almost along the lines of beavers,” Smith said. “They do several things in terms of environmental impact. They’re constantly churning up and re-digging and recycling soil to make it more fertile. They spread seeds. They impact the flow of water across areas where they’re active. They are shown to promote plants and wildlife diversity.” And, he added, prairie dog burrows create shelter for other burrowing animals, including owls.

The species has lost 98 percent of its historical range, and multiple studies have tracked the impact of that loss on biodiversity.

“As you do things to the landscape, and you do these environmental assessments, which are required, you should be relying on up-to-date data. Wildlife Services, while they’re doing these assessments as they go along, they’re not changing the underlying data,” Smith said. “It’s like remodeling a 100-year-old house but keeping the original plumbing and wiring.”

WildEarth Guardians and others are critical of both the amount of animals killed and the methods used to kill them. Wildlife Services uses many non-discriminant devices to target wildlife removals, which can result in unintentional deaths of non-target species.

For example, last year the agency dispersed zinc phosphide-laced oats across more than 1,000 acres of land in New Mexico to target prairie dog populations, according to the agency. When an animal ingests the compound, it reacts to acid in the stomach to create the toxic gas phosphine.

Zinc phosphide is used frequently in bait for killing rodents, but the chemical is dangerous to many animals that come into contact with it, including birds and dogs.

Wildlife Services also uses devices such as neck snares, sodium cyanide bombs, cage and foot traps to remove animals, all of which can also result in non-target animals being killed or caught.

The agency also employs more costly methods for removing wildlife, such as flying helicopters and fixed-wing aircraft over an area to shoot animals from the air. Helicopters were used to kill a total of 73 coyotes, and another 95 coyotes were killed using fixed-wing aircraft in New Mexico in 2019, according to the Wildlife Services.

WildEarth Guardians’ lawsuit seeks to “halt or curtail” the agency’s lethal wildlife management until an EIS is completed. It follows a series of similar suits the group has filed against Wildlife Services across the West. Earlier this summer, the group reached a settlement with the agency in Montana, successfully limiting where the agency can kill animals and increasing public transparency. WildEarth Guardians has achieved similar outcomes through litigation against Wildlife Services in Idaho, Wyoming, California, Nevada, Oregon, and Washington.

Jennifer Schwartz, staff attorney for WildEarth Guardians, said the lawsuit “aims to help shine the light on the agency’s actions” and “to get the government to reconsider publicly funding the extermination of native species when the current science shows removing top predators negatively affects entire ecosystems and that lethal control tactics are often inefficient and counterproductive anyway.”