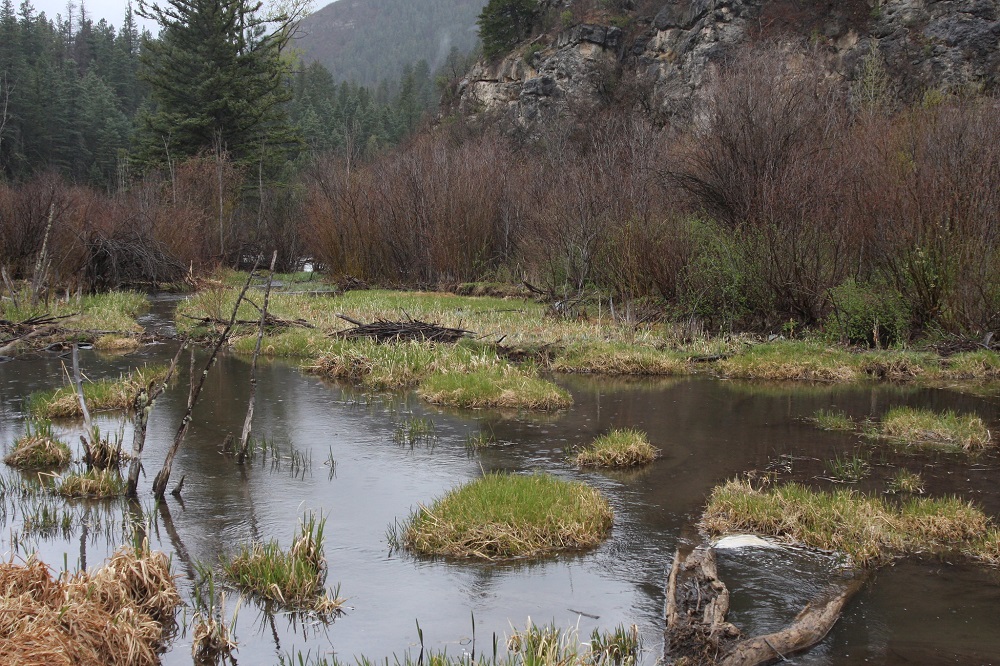 The Pecos watershed is home to some of the state’s most pristine riparian habitat, but Lela McFerrin, vice president of the Upper Pecos Watershed Association, is worried that a proposal to drill new mines in the area will threaten the creeks, streams and drainages that make up the headwaters of the Pecos river.

In 2019, Comexico, a subsidiary of the Australia-based mining firm New World Resources, submitted a proposal to acquire rights to 20 federal mining claims in the area. The company hopes to dig multiple mines to extract zinc, copper and gold.

McFerrin and other community members banded together to fight the proposal at the local level. The Stop Tererro Mine coalition includes area residents, members of the Pecos, Tesuque and Jemez pueblos, and environmental and conservation groups.

But the mineral rights beneath the ground in the National Forest are managed by the U.S. Bureau of Land Management, and there was little action that local leaders could take to prevent future mining in the watershed. So the coalition turned to U.S. Sen. Martin Heinrich.

“The proposal by Comexico is what really brought that community together, and they started communicating with my office,” Heinrich told NM Political Report.

The Pecos Watershed Protection Act would remove mineral rights from future leasing on roughly 170,000 acres of National Forest land of the watershed. The legislation wouldn’t impact the Comexico proposal, but it would prevent any future mineral development in the area. The legislation comes at a time when industry has had unprecedented access to natural resources across the U.S.’s public lands.

“The river is the lifeblood of the entire Pecos Valley, from the headwaters all the way down through Texas to the Rio Grande,” McFerrin said. The river is already being threatened by climate change, drought and wildfire.

“And now, mining interests,” she added.

The legacy of mining in the West

The Pecos watershed sits atop a vein of valuable hard rock minerals. In the 1930s, a mining company pulled more than 2 million tons of ore from the Tererro Mine, making the area the most productive lead and zinc operation in the country. But the mining operation also wreaked havoc on the surrounding environment.

In the 1990s, a botched reclamation project and an unusually heavy snow melt filled the Pecos river with heavy metals, spurring the U.S. EPA to designate the area surrounding the mine and its mill as a Superfund site. The incident devastated a fish hatchery downstream and “killed over 100,000 trout in the river and polluted water for years again,” McFerrin said. The cleanup cost some $28 million.

She and others worry the watershed could face another catastrophic contamination event if new mines are dug in the area. She pointed to the Gold King mine spill in 2015, which turned the Animas River bright yellow after EPA contractors accidentally released 3 million gallons of toxic wastewater from the abandoned Gold King Mine, impacting communities in the Navajo Nation and Four Corners area. The spill caused New Mexico and Colorado officials to declare states of emergency.

RELATED: Another mining spill on the Animas River

“That’s the same kind of thing we’re dealing with,” she said. “It’s a huge problem in the West. Forty percent of the old mines—of which there’s thousands—are still draining toxic acid. That’s the legacy of mining in the West.”

Protecting the Pecos and the local economy

The Trump administration’s BLM has focused heavily on mineral extraction and energy production on federally-managed public lands, as part of the White House’s focus on industry-friendly land management and energy independence.

But Heinrich’s bill would remove parcels of public lands in the Pecos watershed from future development. Both the U.S. Forest Service and the BLM stated their opposition to the legislation during a recent U.S. Senate subcommittee hearing.

Chris French, Deputy Chief of National Forest systems at the U.S. Forest Service, told Senators during the hearing that his agency does not support the bill because it “does not support the president’s vision to balance conservation strategies and policies with the need to produce minerals that benefit the American economy.”

New Mexico has benefited financially from the BLM’s extractive energy and minerals-focused land management strategy substantially over the past four years, as oil and gas production in the Permian Basin hit record levels in 2018 and 2019. But the oil market bust and the on-going COVID-19 pandemic has left the budget in a lurch.

Heinrich said there are both conservation and economic reasons for protecting the Pecos watershed that outweigh any future royalty revenue the state may miss out on.

“What you have to weigh is the things that were really job creators in the past and created revenues in the past, versus what is creating revenue today and into the future,” he said.

Heinrich pointed to his own family. Heinrich’s father did exploration geology for Anaconda Copper, and his grandfather was a gold miner in Nevada.

“That is where the jobs were in the early 1900s,” he said. “Today, we are much more dependent on the revenues from outdoor recreation and other uses into the future. Really, this is an investment in what is going to drive our economy in the coming years, and making sure that we protect that and protect the businesses that rely on that.”

“The [river] is vital. It is the not only basis of life and agriculture and grazing for all the families here,” she said. “But clean water is clean water. And our recreational economy depends on clean water.”