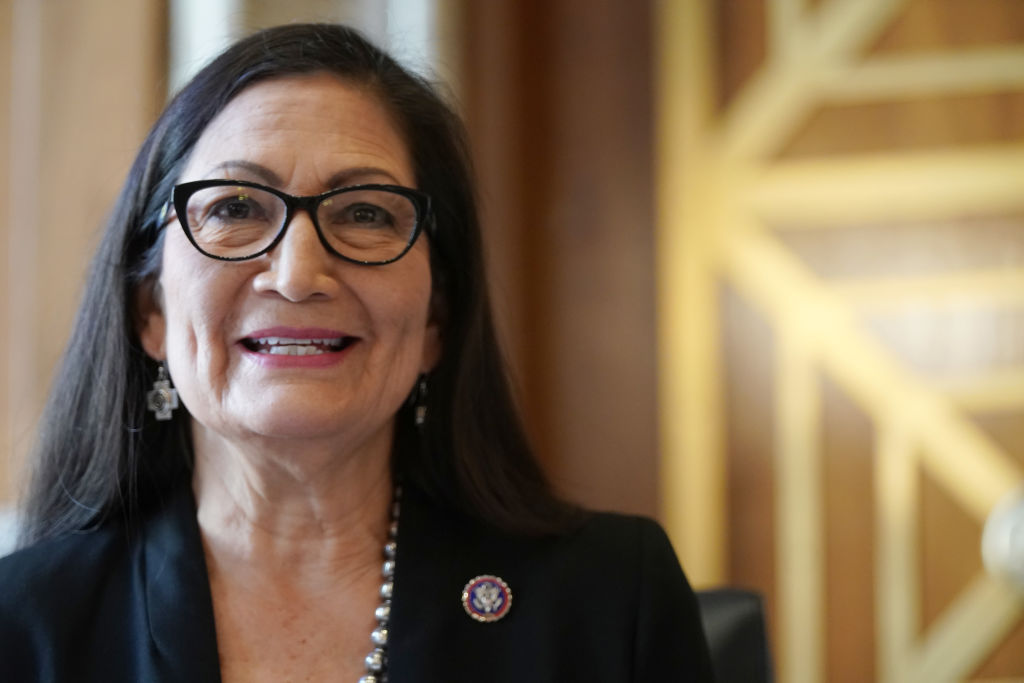 US Representative Debra Haaland, Democrat of New Mexico, testifies during her confirmation hearing to be Secretary of the Interior, before the Senate Committee on Energy and Natural Resources, at the US Capitol in Washington DC, on February 24, 2021.

In another sign that U.S. Rep. Deb Haaland will be confirmed by the U.S. Senate as Joe Biden’s Secretary of the Interior, a Republican announced she would vote in favor of confirmation.

Maine’s Susan Collins told HuffPost that she would vote for the confirmation.

“After examining Representative Deb Haaland’s qualifications, reviewing her hearing before the Senate Energy and Natural Resources Committee, and meeting with her personally, I will vote to confirm her to be the Secretary of the Department of the Interior,” Collins told the news outlet.

Haaland would become the first Native American cabinet-level official once confirmed. She was one of the first two Native American women to be elected to Congress, along with Sharice Davids of Kansas, in 2018.

Haaland had her confirmation hearings last week, and committee chair Joe Manchin, a conservative Democrat from West Virginia who has outsized influence on the direction of the Senate because of the chamber’s 50-50 split, announced afterward that he would support Haaland.

Haaland has faced criticisms from some conservative Republicans for her stances on environmental issues, particularly related to oil and gas exploration and the Keystone XL pipeline. Biden shut down the Keystone XL pipeline with an executive order earlier this year. Haaland supported and participated in the Dakota Access Pipeline protests along the Standing Rock Sioux protesters.

Republicans referred to her as a “radical” and an extremist during the hearing.

Haaland recently won reelection to the 1st Congressional District, once a Republican stronghold that has been held by Democrats since 2009. Before this, she was the Democratic lieutenant governor nominee in 2014, after her time as chairman of the Democratic Party of New Mexico.

Haaland isn’t the only Biden nominee to run into potentially rough waters. Neera Tanden withdrew from her nomination after it became apparent that she likely would not garner 50 votes, including with Manchin signaling his opposition to her nomination and Republicans appearing to line up against the nomination.

Another potentially troublesome nominee is Xavier Becerra, the California Attorney General who is nominated for Health and Human Services secretary. His nomination advanced from the Senate Finance Committee on Wednesday on a deadlocked party-line vote, which will require extra procedures and time for his nomination.

Democrats need 50 votes to confirm a nominee, which would allow Vice President Kamala Harris to break a tie.