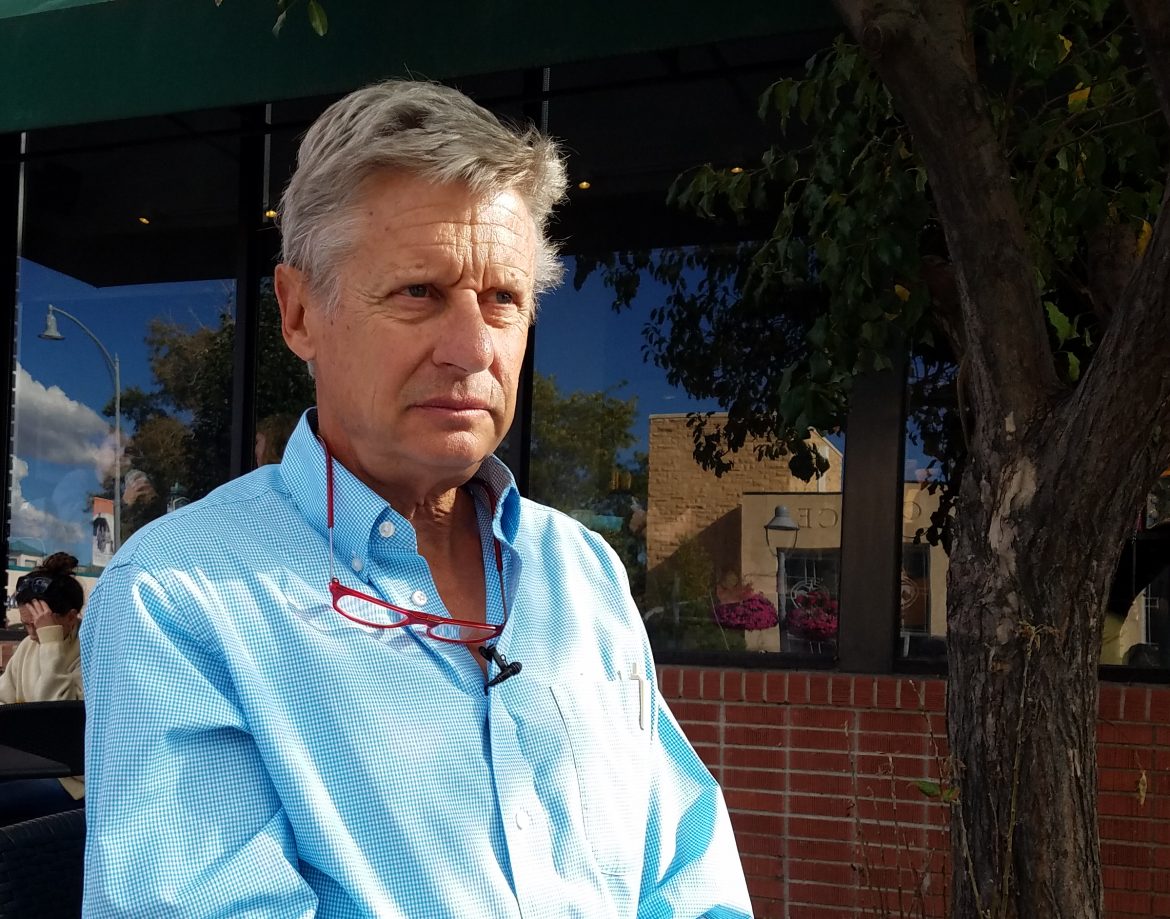 Pending a signature from Gov. Michelle Lujan Grisham, New Mexico is set to become the latest state to fully legalize cannabis. And while the state has received an abundance of national attention for the feat, some may have forgotten or overlooked the national attention a former governor garnered more than two decades ago for his, then-controversial, stance that cannabis should be legalized.

In the late 1990s, then-Gov. Gary Johnson, at the time a Republican, made national headlines for advocating for full legalization of cannabis, nearly seven years before the state would legalize medical-use cannabis and more than a decade before Colorado became the first state to legalize recreational-use cannabis.

Since leaving office after his second term as governor, Johnson twice ran for president and once for U.S. Senate as a Libertarian.

Johnson told NM Political Report that he’s not one to say, “I told you so,” but that he is proud of being an early advocate for full legalization.

“I do take pride, and I would not mind my obituary, if anybody runs it, saying that ‘This was the highest elected official in the country to call for marijuana legalization for about 15 years,’” he said. “I mean, I think I held that title for about 15 years.”

Lujan Grisham called for a special session, in part, to legalize adult-use cannabis and expunge prior cannabis related criminal records.

Much of the criticism from Republicans during the special session was that New Mexico is just not ready to legalize. But others, namely Sen. Cliff Pirtle, R-Roswell, argued that specifics of the cannabis industry should be left to the free market and not overly regulated by the state. Pirtle sponsored a legalization bill that would have prevented the state from regulating production.

The proposal sent to Lujan Grisham’s desk would allow the state to implement plant limits for cannabis producers until 2026. One prominent producer, Ultra Health, has long advocated for unlimited plant counts, even for medical cannabis producers.

Those in support of unlimited plant counts argued that, without them, New Mexico’s cannabis industry could face over-saturation like Oregon did after legalizing adult-use cannabis.

Johnson said he didn’t closely track the legislation during the special session that is set to become law, but that he too thinks having too much cannabis in the state could be “sorted out” with a free market. Otherwise, he said, an overly-regulated market may only encourage cannabis businesses to flout the law.

But mostly, Johnson said, he’s happy New Mexico finally took the step towards legalization and can be on par with surrounding states that have already legalized recreational-use cannabis like Arizona and Colorado.

“Thank goodness it finally has come to New Mexico,” he said. “I wish it would have been much sooner. Colorado has jobs that will never ever, ever leave Colorado because they were the first.”

An occasional user of cannabis himself, Johnson readily admits that he never really worried about facing legal troubles because of the “discriminatory nature” of previous drug laws.

Johnson said he expects legalization in New Mexico will normalize the use of it, especially in rural parts of the state.

“When they legalize it and they put a shop down in Hobbs, then all of a sudden, these older folks that have been against marijuana their entire lives, well a few of them start using marijuana because it’s legal.” Johnson said. “And all of a sudden, in the buzz grapevine is, ‘Hey, this stuff isn’t so bad, actually, it’s very pleasant. Why don’t you give it a try?’”