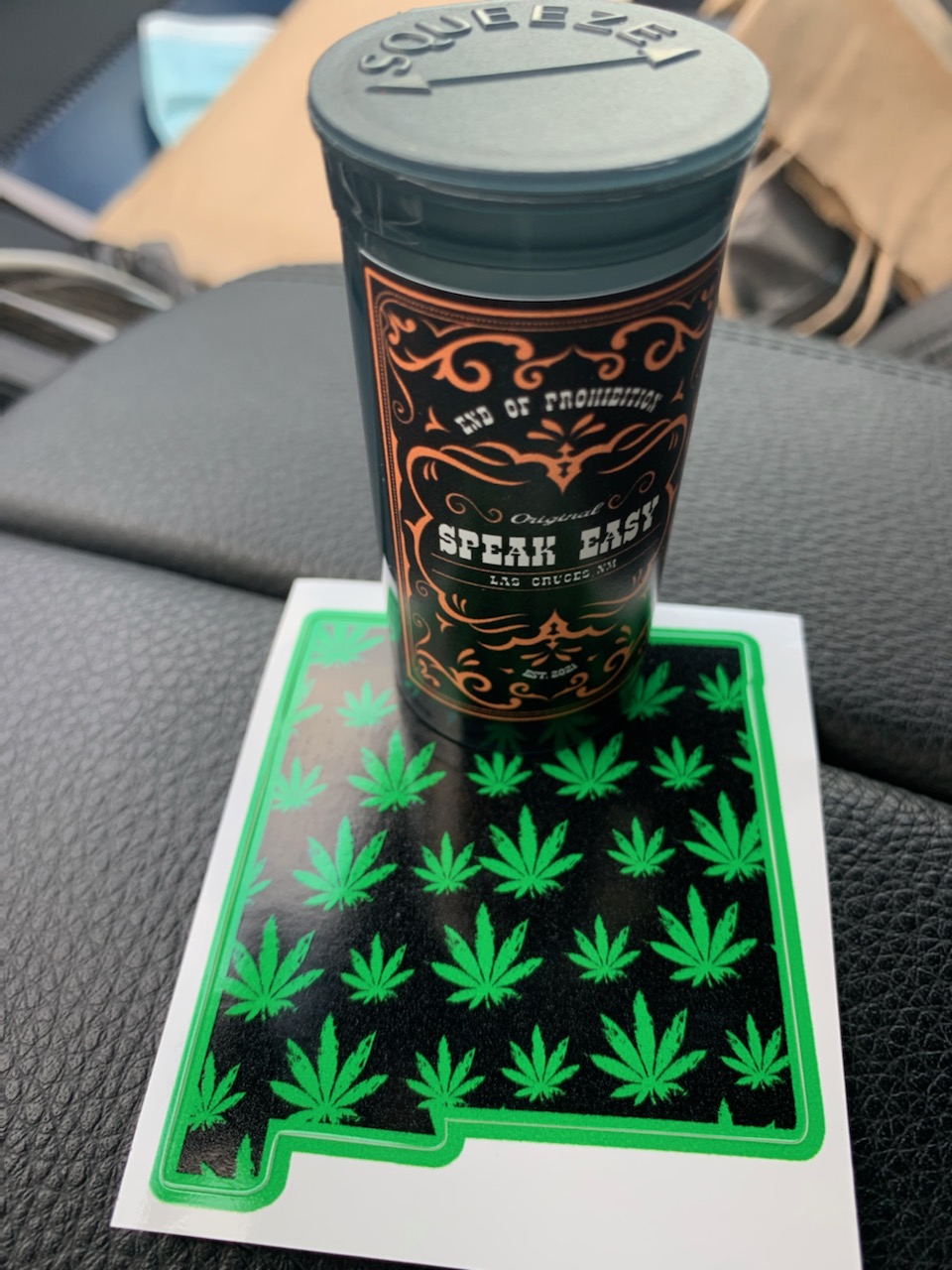 In what could end up being the first test case of illicit cannabis operations in a post-legalization New Mexico, a business “gifting” cannabis has caught the attention of state regulators.

According to KVIA-TV, the state’s Cannabis Control Division sent a cease and desist letter to a Las Cruces business called Speak Easy after it was discovered that the business was giving away cannabis with the purchase of a sticker.

In the letter, the Cannabis Control Division concluded that the price of said stickers matched the value of the cannabis being gifted and therefore is illegal.

“Additional media stories have been published by other media outlets in the Las Cruces, New Mexico, area likewise recounting the ‘gifting’ of cannabis products by Speak Easy to involve a purchase being made by a customer and the quantity of the ’gift’ of cannabis products provided by Speak Easy being tied to the dollar value of the purchase made by the customer,” the letter stated.

A lawyer representing Speak Easy told KVIA-TV that the business is operating within the law and that gifting cannabis is still an “unsettled area of law.”

A spokesperson for the state’s Regulation and Licensing Department, which oversees the Cannabis Control Division, previously told NM Political Report that there are two sections in law that address giving away cannabis.

The Cannabis Control Act, which went into effect on June 29 of this year defines trafficking as “the distribution, sale, barter or giving away of cannabis products,” but in a separate section, the law states that adults 21 years of age or older can gift cannabis to another adult as long as there is no compensation. Further complicating the issue, sanctioned sales of adult-use cannabis will not start until sometime next year, and the gifted cannabis has to be obtained through legal means.

It’s unclear whether Speak Easy and its lawyer will challenge the cease and desist letter, but the issue might be brought to the Legislature for further clarification.

When NM Political Report asked RLD about trafficking versus gifting, Heather Brewer, a spokesperson with the department said the issue may require tweaks to the law.

“Our understanding is that the legislators’ intent was to allow for gifts of legally purchased cannabis to someone legally allowed to possess cannabis and to prevent the giving away of cannabis, without a license,” Brewer said. “If it turns out that this language is sufficiently vague as to create actual confusion in the enforcement of the law, it might be worth the Legislature going back and clarifying the language.”

Duke Rodriguez, the president and CEO of the prominent medical cannabis producer Ultra Health, told NM Political Report that he visited Speak Easy earlier this week and purchased a $15 sticker. He said he was given one gram of cannabis, which he promptly threw away. He said he went to see first hand how the company was operating, but that he had no interest in using cannabis that had no record of being tested for pesticides or other contaminants.

Ultra Health has taken the state to court numerous times over issues in the state’s medical cannabis law and has gained a reputation among some in the medical cannabis community as a self-serving business. Rodriguez acknowledged that many people in the cannabis industry will view his frustration with Speak Easy as self centered. But Rodriguez said it’s about being consistent with the law and ensuring safe products for New Mexicans.

“What I’m unhappy about is unregulated operators, unsafe operators,” Rodriguez said. “Do you really think that they’re withholding federal taxes and state taxes? Give me a break, there’s not a receipt.”

Rodriguez said Speak Easy employees checked his ID to ensure he was at least 21 years of age. But he said he is still surprised at how open and unapologetic Speak Easy is operating and that the surrounding community should be concerned about the seemingly untested and unregulated cannabis that’s being distributed.

“It’s not this kind of, ‘Let’s hide it from the public,’” Rodriguez said. “Every parent out there in Doña Ana county should be raising a stink.”

“The cease and desist letter from RLD stated that if Speak Easy does not comply, the department is prepared to forward the issue on to law enforcement.

“Failure to comply with this order to cease and desist will result in the CCD taking additional enforcement action including referral of this matter for enforcement through the criminal justice system,” the letter stated.

The letter also stated that RLD could, by law, impose a civil fine against the business.

RLD has until Sept. 1 to start accepting applications for cannabis businesses and has until January 1, 2022 to start issuing licenses. By law, the state must allow cannabis sales no later than April 1, 2022.