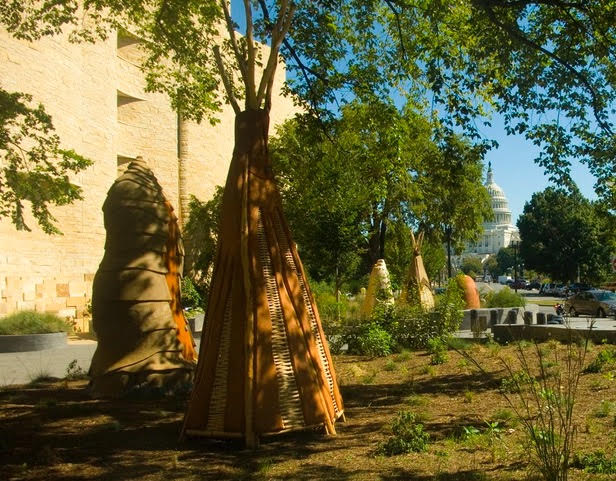 When Nora Naranjo Morse, of the Santa Clara Pueblo, was a little girl, she watched her mother, a potter, defer to the white man who sold her pottery at a local curio shop.

It’s a memory that haunts the Española-based artist to this day.

Naranjo Morse said her mother “was a grand presence” in their household. But when she walked into the curio shop to negotiate with the white owner, Naranjo Morse could see the angst on her mother’s face.

“The way the curio shop owner treated her was as someone who was less than,” Naranjo Morse told NM Political Report.

Women of color artists have long been disregarded and denied access to opportunities to show their work. A study published in 2019 found that in museum collections across the United States, 85 percent of artists are white and 87 percent are men.

Naranjo Morse, who is 69 and works with clay, said women of color artists now face less discrimination than they did historically. But, she said, she felt marginalized when she was in her prime because she is a woman of color working in a particular medium.

“If you’re from Santa Clara Pueblo and an artist, ‘oh, you make pottery,’ that’s a long-standing assumption,” she said. “When I first started promoting my work, my forms were so unusual. They were not traditional vessels. They were abstracted forms. That was a challenge for the people who made decisions at galleries or shops or even institutions.”

Naranjo Morse currently has a piece, called Numbe Whageh, which in English means “Our Center Place,” at the Albuquerque Museum. The museum is making an effort to bolster its collection of works by contemporary women of color artists, said Josie Lopez, head curator.

“It’s important to us to grow our collections to represent the whole city,” Lopez told NM Political Report.

The museum did an internal review a few years ago and found that while it has work by well known women artists, such as Georgia O’Keefe and Judy Chicago, it was inadequately reflecting the diversity of contemporary women of color artists, Lopez said. With that in mind, the museum has been working to improve in those areas.

The City of Albuquerque gave the museum $100,000 last month specifically so the museum can buy work from living Albuquerque artists to diversify the collection.

Lopez said that while appreciated, the money is just a start for the museum’s efforts to better diversify its holdings.

“It’s a wonderful and generous start to creating those opportunities, but in terms of what our broader goals are, it’s a small part of how we can build those collections,” Lopez said.

How women of color artists are overlooked

Discrimination can take many forms, including not taking the medium the artist is working in seriously. Lopez said that, historically, women have been “left out of the conversation either because of the work they made or the message being expressed through the work.”

“What is the access to opportunity and how do pipelines get built?” she asked rhetorically.

Paula Wilson, a mixed media artist living in Carrizozo who is Black, said that museum history, in and of itself, has its roots in oppression.

“Museums began as a colonial project to promote stolen spoils of war and conquest. I feel they have a unique position to show how art is enriching our lives. (Now) they are safe, public spaces for critical thinking,” Wilson said.

The ways in which women of color artists are overlooked, disregarded or discouraged can affect the artist’s confidence, Naranjo Morse said.

“People who do different kinds of work, women who do experimental work are more easily accepted (now). In my time, it was much more of a challenge. I was not a Native man, not a white man, I was not any kind of a man. It was a mark against my inclusion into opportunities that I think I could have done,” she said.

Diana Moya Lujan, who is a straw applique artist in Santa Fe, said she sees a lack of gender parity on boards that oversee art or a lack of women becoming the director of an art board. Moya Lujan, who is 73, said that when she decided to take classes in wood carving, the classes were all men.

Expectations of what a woman of color artist could or should look like can affect an artist’s career in other ways. Wilson, who is 45, said that while she shows nationally and internationally, getting recognized in New Mexico “felt like it took a very long time.”

“I do feel like there’s an expectation of what an artist in New Mexico might look like and that’s often not a Black woman,” Wilson said.

The Albuquerque Museum recently acquired some work by Wilson with the help of a donor, Lopez said.

“If you don’t see other people who look like you represented, it’s only natural to not imagine there’s a place for you in that field,” Wilson said.

But, being “tokenized,” can also be “exhausting,” Wilson said.

“I also think a lot of artists of color are asked to hold the mantle for the entire population,” Wilson said. “You’re expected to speak for your entire racial group and being tokenized is an ever-pervasive reality that can just be exhausting.”