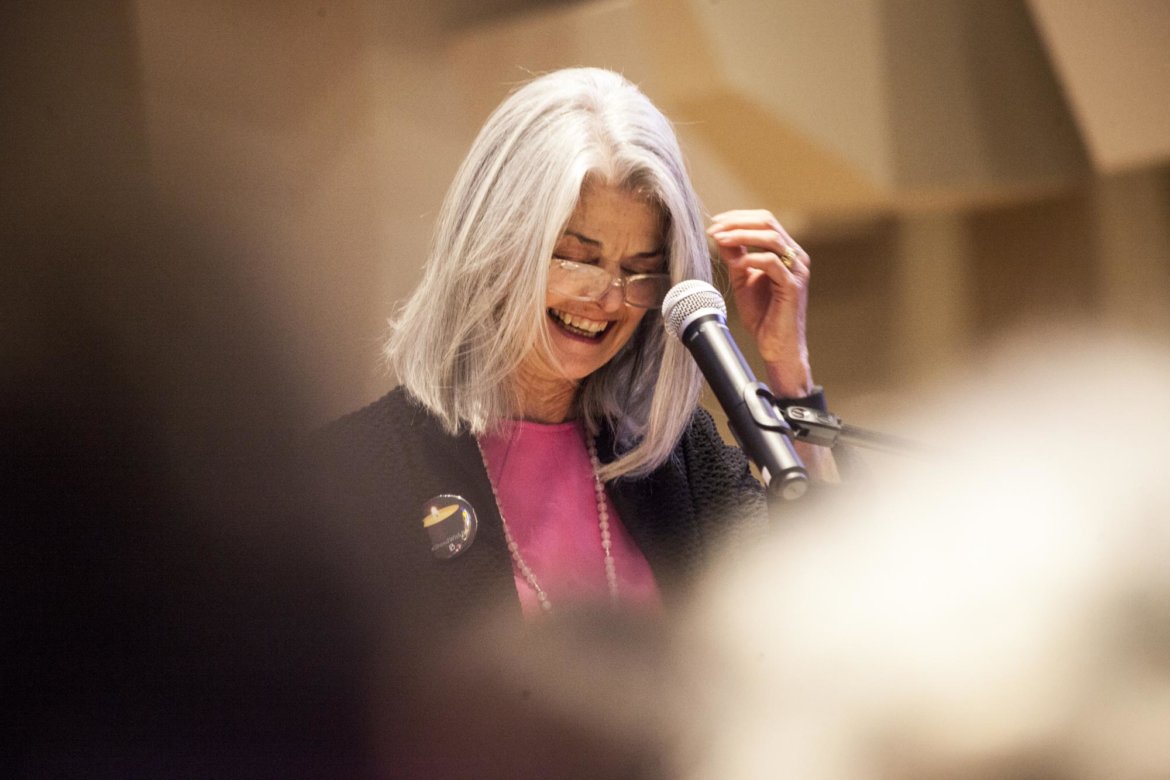 Vicki Cowart, president and chief executive officer for Planned Parenthood of the Rocky Mountains, was once thrown out of a business club in Caspar, Wyoming, for being a woman.

It was a different time then, one in which job interviewers didn’t hesitate to ask women if they planned to have children and, if so, would they keep working, she said.

Now such questions would be considered discriminatory and, potentially, actionable but Cowart, who has been leading PPRM since 2003, said facing repeated discrimination as a young professional, reading feminist literature and participating as an activist in her off time is why the last half of her career has been devoted to ensuring pregnant people have access to abortion in New Mexico, Colorado and Nevada.

Cowart announced earlier this fall her plans to retire. She said she intends to continue until the board has found a replacement. She said the board has begun its search.

Cowart, who trained as a geoscientist and built a 25-year career in various related capacities, said the leap from her former path to president and CEO of PRRM is not as big as it sounds.

Cowart said she was always the only woman or one of a few women in her field and in the classroom. She was the first woman in Colorado to hold the position of state geologist and only the third woman in the country to do so. She was also the first woman to be president of the Association of American State Geologists, she said.

“Connecting reproductive health care and the ability to do my work and follow my career, the two went hand in hand together,” she said.

As she leaves a nearly 20-year career leading a regional arm of one of the most well-known reproductive healthcare organizations in the U.S., Cowart said that what she sees as one of the most pressing issues going forward is access to abortion care.

She said the potential for the U.S. Supreme Court to overturn or gut Roe v. Wade this session and the inequities in pregnant people’s ability to pay for abortion care are the two most urgent issues currently.

She said that what is happening now in Texas as a result of SB 8, which prohibits abortion at six weeks, could be a microcosm of what will happen in the future across the country if the Supreme Court nullifies or diminishes the constitutional right to an abortion. The Supreme Court will hear a Mississippi case, Dobbs v. Jackson Women’s Health, in December which challenges Roe v. Wade with a 15-week gestational ban.

“If that happens, something like 26 states have laws that have been held up in court or have trigger laws so that if Roe goes down, then abortion will be banned. We could lose access to abortion partially or completely in 26 states,” she said.

She said that the loss would mean about 28 million people of reproductive age living in those states could lose access to abortion.

“If that happens, a patient in Colorado will have a completely different experience than someone in Texas. How can that be with something so fundamental as abortion care?” she said.

Although she will no longer be leading PPRM as the fight to protect abortion care continues, Cowart said her “stomach just twists when I talk about it.”

Cowart said the other grave concern of our time is the financial inequity of abortion care.

“Abortion care has always been available to people with means. They can fly to wherever they need to go. The lack of access to abortion is tied to a person’s own wherewithal,” she said.

She said she was pleased that President Joe Biden did not include the Hyde Amendment in this year’s budget proposal.

The Hyde Amendment, which impacts abortion patients who receive health insurance through the federal government, as well as members of the military and Indigenous people, prohibits federal dollars to be used for abortion care. It has been attached as a rider to the annual federal budget bill every year for more than four decades.

Cowart said highlights for her, over the course of her 18 ½ years at the helm of PPRM, include raising $10 million when she first started and now having raised around $100 million in more recent campaigns. She said the $100 million in donations will, among other things, help to fund building a new and larger Planned Parenthood clinic in Albuquerque.

She said another highlight was working with the reproductive community in New Mexico, particularly with groups such as Forward Together, Bold Futures and Indigenous Women Rising.

“Trump isn’t new. He’s just a continuation of politicians who use this issue to mobilize those who are not in support of women, people of color and young women having self-determination,” Cowart said.