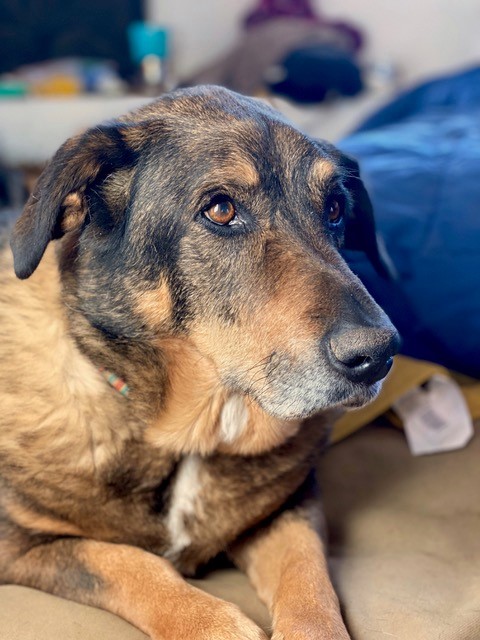 The year 2021 has proved to be even more challenging than 2020 for Rover and Whiskers, animal shelters across New Mexico report.

The problem all three animal shelters in Santa Fe, Albuquerque and Las Cruces were primarily dogged by in 2021 was a pet population explosion.

At least two animal shelter representatives, in speaking with NM Political Report, said that while there were likely several ancillary reasons for the pet population numbers rising this year, the main issue could have been an unintended consequence of the state’s need to slow the spread of disease and preserve in-short supply personal protective equipment (PPE) in the early months of the COVID-19 pandemic.

When the state restricted services to essential business and healthcare in the first three months of the pandemic, shelters and veterinarian clinics stopped spaying and neutering pets during March, April and May of 2020. Dylan Moore, director of shelter operations for Santa Fe Animal Shelter and Humane Society, said the shelter had an influx this year of one-year to 16-month-old unclaimed pets.

“Knowing what dogs and cats do, that’s 50 percent more animals out there making more animals in peak breeding season (in 2020),” Moore said.

He said that by the midpoint of 2020, spay and neutering was down by 50 percent in Santa Fe. By mid-summer of 2021, the pet population “was just crazy” he said.

More than one animal shelter representative called 2021 a “perfect storm” because not only were the numbers of unclaimed pets overwhelming, the numbers of adoptions for 2021 were down.

Moore hypothesized the reason for that could have also been a result of the COVID-19 pandemic: because more people helped empty the shelters in 2020 in an outpouring of support, there were fewer people in 2021 who were ready and prepared to take in a new dog or cat.

“We know that every year in the community a certain number of people will adopt animals. Last year, that number was thrown out of whack. People were bored, lonely, isolated, so we were borrowing adopters from 2021 to pay the bill in 2020,” Moore said.

Carolyn Ortega, director of the City of Albuquerque Animal Welfare Department, said that in 2021 the shelter saw “a big surge in surrender.”

She said the Albuquerque shelter, which has one facility on the west side and one on the east, had three population surges earlier in 2021. She said it meant the shelter had to keep animals in in-take kennels and use every available space to house the unclaimed pets.

“We had to implement emergency measures. In the intake area, they’re usually in and out but we had to keep them there longer than necessary. We had to use every inch of kennel space and pop-up kennel space,” Ortega said.

She said the Albuquerque shelter reached over 900 in population twice this year.

“It’s not the most comfortable situation,” she said.

Clint Thacker, executive director of Animal Services Center of the Mesilla Valley, said the shelter in Las Cruces has struggled with kittens this year.

“There has not been any relief on kitten season,” he said and added that the mild winter has contributed to why “that’s lasted so long,” in 2021.

Animal shelters tend to see a kitten population increase in the spring when cats traditionally breed.

Another contributing factor to the pet population problem specific to the Santa Fe Animal Shelter was the affordable housing shortage in Santa Fe, Moore said.

“Anecdotally we know that from people surrendering animals, they have to give it up because they have to move,” he said.

All three animal shelters talked about another contributor to the “perfect storm” of stress for shelters in 2021 being staffing shortages. Moore said “the Great Resignation is a thing across all industries.”

Moore said that despite offering 30 percent more than Santa Fe’s living wage ordinance of $12.32 an hour, the shelter has struggled to attract qualified candidates for jobs this year.

Moore said a contributing factor to the staff shortage is the ongoing COVID-19 pandemic. Every job in a shelter involves engaging with the public in some way and because of the pandemic, that creates anxiety, he said.

Ortega said the Albuquerque shelter has seen a lot of staff turnover this year in addition to difficulty in finding replacements. She said the lack of staff has been especially hard for the canines.

She said the shelter staff like to give the dogs that “extra touch” but with low staff, “our priorities have to change.”

So the animals’ primary needs are met. The staff feed and water them, clean their kennels and give them their medications if they need it.

But extras like play time, training time, long walks, and time helping shy dogs “to get them adoptable,” have gone by the wayside for now.

“We haven’t been able to do enrichment,” she said.

Ortega said the Albuquerque shelter has also had to stop offering cross assistance to other shelters. Moore said the same for the Santa Fe shelter.

“During 2020 we brought in pets from Texas. But right now, every rescue, every shelter is at capacity,” Ortega said.

Some additional 2021 challenges included a surge in distemper in canines in the Mesilla Valley shelter. Distemper can cause death if not treated quickly, Thacker said.

“This year it was out of control. We had to scramble,” he said.

The Albuquerque shelter has been trying to get ahead of the curve on the pet population problem by offering a free spay and neuter lottery for members of the community who qualify. Ortega said that since the program began in June of 2020, the shelter has given out 1,500 vouchers and still have more to go.

“We have 2,700 people signed up for this program. We’re eagerly working through that,” she said.