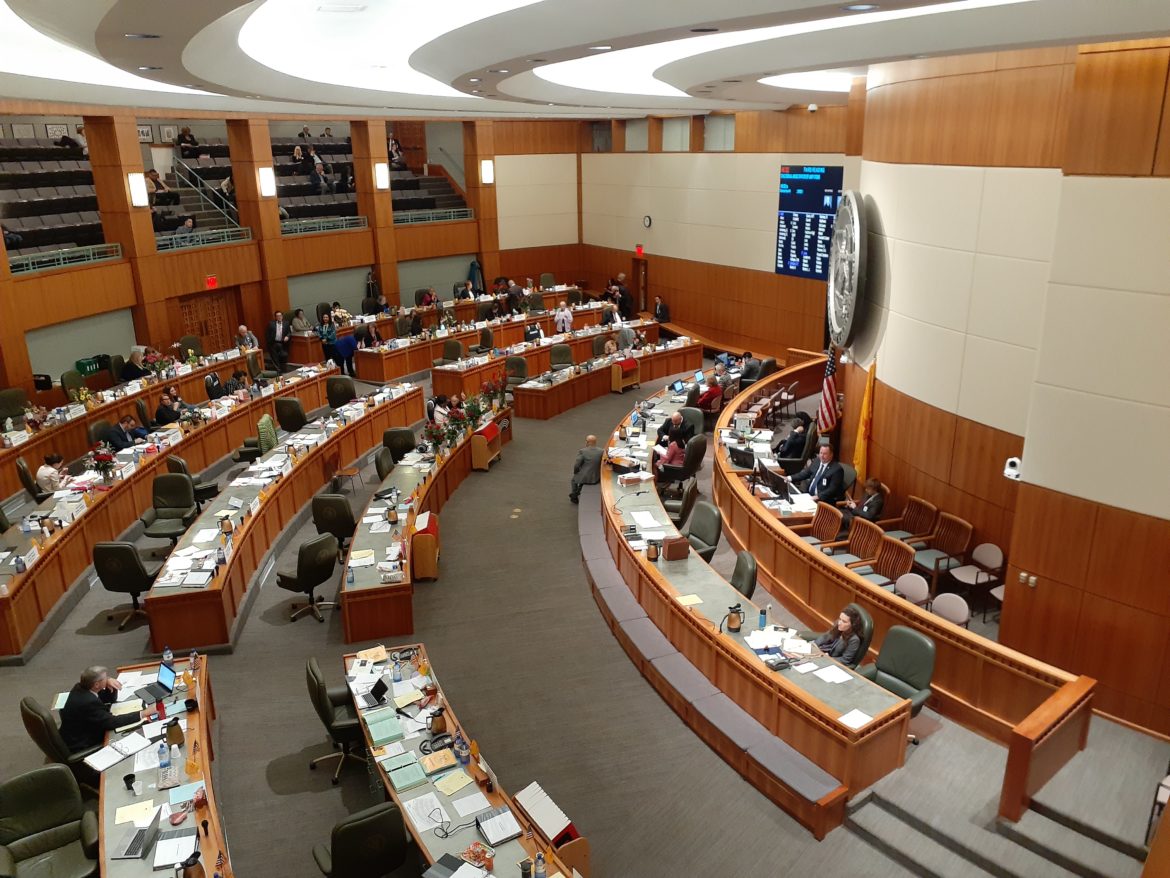 When the sun comes up, a sexual assault nurse examiner could be coming home from investigating a case after getting a call in the early hours of the morning.

“I’ve gone out to Union County in the middle of the night and not come home until the sun comes up,” she said.

Some programs in the state lack the means to offer on-call SANE care for victims, she said.

Skinner works for Arise Sexual Assault Services, a Portales-based organization that responds to sexual assault reports. Skinner is both a sexual assault nurse examiner and a clinical coordinator supervising three other SANEs in her seven-county region.

New Mexico Coalition of Sexual Assault Programs made a request for $5 million in funding last fall to the Legislature. But HB 2, the general appropriation bill, allocates $2.6 million instead. Advocates have been saying for months that sexual assault services across the state are underfunded and need more support.

In addition, some federal funding for sexual assault services is expected to be reduced by Fiscal Year 2023, so advocates have said the need is even more urgent.

SB 197, a bill sponsored by state Sen. Siah Correa Hemphill, D-Silver City, asks for money to restore the state’s appropriation to the New Mexico Coalition of Sexual Assault Programs by including an additional $2.4 million to the program.

Advocates for the bill have called sexual assault in New Mexico a “public health crisis.”

Who are the victims

Skinner said she has seen victims of sexual assault ranging in age from six months to 86 years old. She said victims are not always women or girls.

“Just recently I had a couple of male victims,” Skinner said. “People think with sexual assault, it’s a young girl in her 20s who gets assaulted. That happens, of course, but sometimes it’s a 45 year-old man. Sometimes it’s a six-year-old boy. It’s something we see on a regular basis.”

“I was alarmed. I was like, number seven! We’re not this big, populous state. To be number seven, we definitely have a problem in our state; it needs to be addressed,” she said.

It’s also a high stress job. Skinner said SANEs are “dealing with people during a crisis in their life.”

“You’re dealing with victims in real time. Sometimes we see victims before law enforcement. We’re literally the first person getting the information and making a place to share what happened,” she said.

Skinner said most perpetrators of the violence are family members, a partner, a friend, a date or an acquaintance.

The need for funding

One of the reasons cited for the funding request is because of low wages, advocates have said during committee testimony.

Skinner said she receives emails every day with job offers to become a traveling nurse, which are well paid positions and the need has become especially high during the COVID-19 pandemic.

By contrast, a SANE’s income is supplemental, at least in rural areas. Skinner said that she and the SANEs she works with are paid per case and the income can range from $500 a month to $4,000 a month, but the work is unsteady since it depends on the number of calls the organization receives for help.

The pay also comes monthly and there is no holiday pay even though a SANE could get a call any day or night throughout the year, including Christmas Eve or New Year’s Eve, Skinner said.

To train, a SANE has to undergo about 40 hours of coursework plus shadow a trained SANE for 10 cases which adds up to about 60 hours of additional work, all without pay, Skinner said.

She said she underwent a couple of months of training before she received a paycheck.

“It’s a lot of time to put in for no compensation,” Skinner said. “Especially as a nurse, you’re used to getting decent compensation. You add up all those hours, it would be thousands of dollars. It’s hard to find people who even want to start because of that.”

Advocates have said that there are 12 month waiting lists for behavioral health help for sexual assault victims, especially in rural areas.

Skinner said that many of the victims that reach out to Arise are underserved populations or are immigrants who, because of their status, lack healthcare.

“They can’t afford counseling. That’s their only chance to get that kind of mental health care,” she said.

Skinner said she recently saw a victim who just needed to talk and hasn’t been able to receive counseling yet.

“She stayed for 4-to-5 hours. We were able to talk to her. I’m not a counselor, just a support person for her. Ideally, we want them to have a counselor. We do the best we can,” Skinner said.

Alexandria Taylor, New Mexico Coalition of Sexual Assault Programs director of sexual assault services, told state Sen. David Gallegos, R-Eunice, during a committee hearing earlier this week that Phoenix House, a sexual assault and domestic violence resource center in Hobbs is “one of the few,” in rural New Mexico. But, Lea County, where Gallegos is based, still lacks some services for sexual assault, Taylor said.

“Your county lacks the totality of all three – a sexual assault nurse examiner, a sexual assault center and a children’s advocacy center. We’re trying to make sure victims of any age have access to all sexual assault services,” Taylor said during the hearing.

Children under the age of 18 make up 41 percent of reported sexual assault victims in New Mexico.

Hardships for a SANE

Skinner said she is fortunate because she has a supportive partner who handles the childcare when she needs to travel in the middle of the night for a case. Skinner, whose oldest is four years old, taught her child what the words “on call” means, she said.

“She understands what that means. I might have to go any minute. I have really good family support. My boyfriend is the main caretaker for our kids. Because of that I’m able to do this kind of work but if not, I wouldn’t be able to,” she said.

In addition to the difficulties that come with the job, being a New Mexico SANE also requires collecting evidence if the victim wishes to press charges and go to trial. Skinner said a SANE might be subpoenaed to testify at trial 12-to-18 months after the assault. A SANE is not paid for that time, Skinner said.

She said she knows former SANEs who receive subpoenas and phone calls from lawyers years after they stop practicing in that capacity.

Retention is an issue for sexual assault programs in New Mexico. Skinner said one reason is that not all organizations pay nurses on-call wages or if they are paid on-call wages, the pay is “really low.”

“It’s a lot asking someone to get up at 3 in the morning and drive somewhere and then drive back,” she said.

She said many SANEs never make it out of training because of the amount of time it can take as unpaid labor.

“We don’t expect people to last much longer than that,” she said.