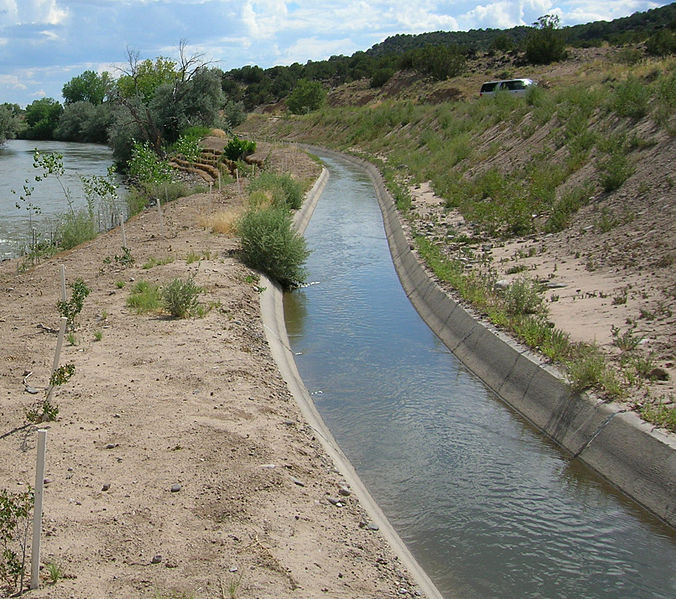 After nearly an hour-long debate Monday night about water rights and cannabis, the New Mexico Senate removed a water right verification provision from what has been presented as a cannabis law clean-up bill. Even with compromise language regarding legal water access added on the Senate floor, one water advocacy group and a state water official say the bill could prove problematic if passed in its current form.

The bill didn’t originally aim to change any water requirements in the state’s Cannabis Regulation Act, which legalized cannabis last year. But, after debate in a Senate committee and a subsequent debate on the Senate floor, lawmakers eliminated a requirement that cannabis growers verify they have legal access to water as a condition of state licensure.

The current version of SB 100, sponsored by Sen. Linda Lopez, D-Albuquerque, includes language that allows the state’s Regulation and Licensing Department and its Cannabis Control Division to revoke a license “if a licensee is using water to which the licensee does not have a legal right.”

On Tuesday morning, the New Mexico Acequia Association issued a statement of frustration.

“We are disappointed that water protections enacted in 2021 have been gutted,” association president Paula Garcia said. “Having water rights verified as part of the licensing process is essential to good water management.”

The Legislature added the requirement to prove legal access to water to the Cannabis Regulation Act during the 2021 special legislative session after a push from the Acequia Association. During debate on the bill, in both a committee hearing and on the Senate floor, Sen. Cliff Pirtle, R-Roswell, argued that proving water rights during the cannabis business application process would create an unnecessary barrier to entry and added that it is already illegal to use water without proper approval from the state for any type of agricultural use.

John Romero, who oversees the state’s Water Resources Allocation Program, which is part of the state’s Office of the State Engineer, previously told NM Political Report that his office would have a hard time finding illegal water use among cannabis growers without a requirement that growers verify water access on the front end of the process. Romero told NM Political Report on Tuesday that Pirtle’s comments about an existing water approval requirement were accurate.

“To do anything with water, you need to have a valid water right, with a permit through our office,” Romero said. “He’s correct.”

But, Romero said, the original language gave his office some insight as to what cannabis activity might be happening around the state.

“We knew where they were in the state, the names of these companies and what their water source was maybe going to be,” Romero said.

Several lawmakers have raised concerns about how much water the collective recreational-use cannabis industry might use, but the answer is still unclear. Some existing medical cannabis cultivators already use municipal water, as will adult-use cannabis cultivators. Others, though, will likely grow their crops in more rural areas, which would require access to water rights. Despite it being illegal, Romero said his office has already found that some existing producers are using domestic water wells or other illegal water supplies. He previously told NM Political Report that only about 10 to 15 percent of cannabis business applicants showed legal access to water. The others, he said, had to reconfigure water rights or change their water supply altogether.

Any changes made in the House would have to be approved by the Senate and there are only about 24 hours left in the legislative session. The bill’s sole committee assignment was House Judiciary, although the New Mexico Acequia Association President Harold Trujillo in a statement said he wanted to see a different assignment.

“One would reasonably expect that the House Agriculture, Acequias, and Water Resources Committee would be a place where our voices could be heard,” Trujillo said.

SB 100 was sent to the House Judiciary Committee on Tuesday afternoon, but that committee was tied up with a list of other bills.

Romero said even if the water verification process is not added back in before Thursday at noon, there may be room for the Regulation and Licensing Department to require verification through rules. The department will likely have to issue new rules if SB 100 is signed into law.

“We’ll see how RLD approaches that with us, as far as communication,” Romero said. “That’s going to be the interesting aspect of this.”

The last hours of legislative sessions generally see rapid movement of bills, so SB 100 could theoretically pass through House Judiciary and the House floor on Wednesday.