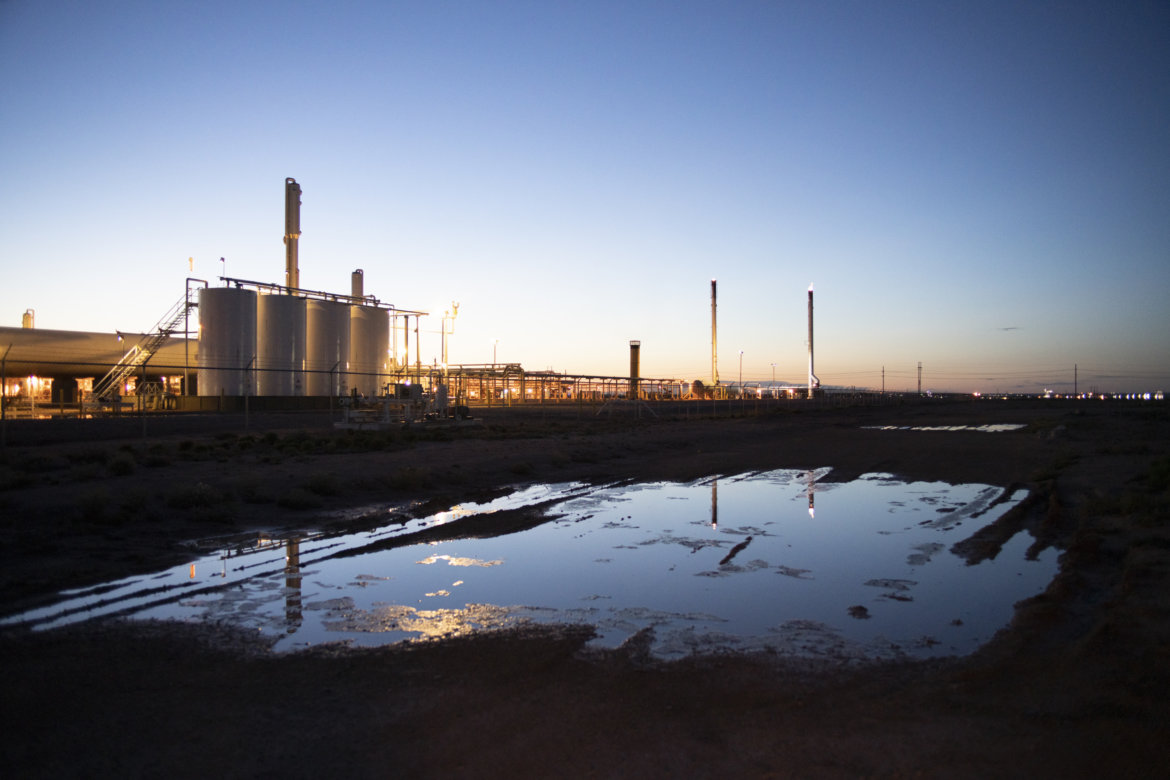 A boom in the oil and gas industry helped deliver a record-breaking $8.5 billion budget to New Mexico this year. Despite the windfall, lawmakers declined to give needed funds to the agencies responsible for regulating the increased pollution that such booms create.

The state’s two primary environmental agencies, the New Mexico Environment Department and the Energy, Minerals and Natural Resources Department, will both receive modest bumps to their budgets from the state’s general fund, but these will still fall about $9 million short of the amounts the agencies and the governor requested in the Executive Budget Recommendation.

Both environment agencies are responsible for a growing amount of oversight, from enforcing pollution restrictions and food safety to mitigating wildfires and curbing impacts from climate change. Despite the increasing duties, the proposed spending plan for fiscal year 2023 calls for NMED’s budget to be nearly 5 percent lower when adjusted for inflation than it was in 2008; EMNRD’s budget is almost 13 percent lower.

“New Mexicans won’t see us making as great of strides on climate as we wanted,” said NMED Secretary James Kenney. “I’m extremely tired and frustrated after the session.”

In recent years, legislators have routinely declined to put the excess cash brought in during oil booms toward enforcing environmental regulations and mitigating the industry’s environmental impacts. Even as the second-largest oil producing state, New Mexico has much fewer field inspectors than other extractive states.

The new budget does little to address this disparity. The Oil Conservation Division, an office within the EMNRD that monitors oil and gas activity, will only be able to hire five new staff members. It had requested funding for 25 people, primarily for compliance and remediation.

While oil and gas revenues can deliver windfalls to New Mexico’s budget, upticks in production carry a number of costs. The industry is the largest source of greenhouse gases in the state and industry leaders routinely lobby against regulation and pollution controls. A lobbyist for the New Mexico Oil and Gas Association, for example, spent $256,500 on ads during the 2022 legislative session to help defeat the Clean Future Act, a bill that would have placed statutory limits on greenhouse gas emissions, requiring industries to reduce their emissions by 50 percent of 2005 levels by 2030 and to reach net-zero emissions by 2050.

“They’re contributing to the economy, but they’re also profiting hand over fist on publicly held goods, while externalizing their harm to all of us,” Camilla Fiebelman, director of the Sierra Club’s Rio Grande chapter, said of oil and gas producers.

The budget shortfalls might also threaten work within NMED and the Oil Conservation Division to usher in regulations. Even as the amount of wells to monitor is growing, the agencies are in the process of rolling out new rules that will increase the amount of data to monitor and will, eventually, require oil and gas operations to decrease their emissions. The data will be self-reported by the industry. Though it is required that the data be auditable, it’s unclear how well these rules can be enforced without regular inspections.

A history of shortfalls

The state’s environment departments were particularly hoping to see increased funding for the coming fiscal year, having endured steep budget shortfalls for more than a decade. The first, modest, cuts came in 2009 during the recession and then deepened under Gov. Susana Martinez, who slashed environmental budgets between 20 and 30 percent. Gov. Michelle Lujan Grisham has made attempts to restore funding to the departments, but her budget recommendations have been repeatedly cut by the legislature.

The latest budget shortfall comes as the state government grapples with its strong associations to the oil and gas industry while also trying to address climate change. According to an analysis by the New Mexico Tax Research Institute, tax revenue from the oil and gas industry made up 33 percent of the state’s revenue in the last fiscal year. The group’s reports reveal an increasing reliance on oil and gas funds in recent years, a trend that began more than a decade ago after changes to the tax structure.

Adrienne Sandoval, the director of the Oil Conservation Division, said the office will do its best to handle the increased workloads, despite having 20 fewer staffers than requested. “We’ve reorganized the division to help us get the most efficiency out of the staff that we do have,” she said.

Both Sandoval and Kenney said they hope to use new technology to make up for the staff shortages. Things like remote monitoring and online reporting can allow the agencies to do more with less. But technology can’t fix everything.

Kenney said his agency sometimes struggles to equip staff with computers. In recent years his agency has closed field offices after being unable to staff them and has canceled field work in remote parts of the state because of an inability to pay for a hotel stay.

“It has a chronic impact on our ability to hold polluters accountable,” Kenney said of the budget. “We cannot protect all communities in New Mexico with our budget, so there is inequity built into this.”