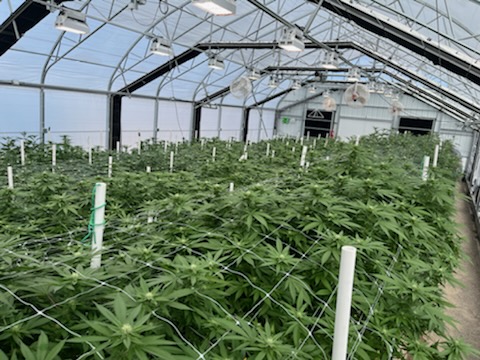 With legal recreational-use cannabis sales scheduled to start this Friday, questions still remain as to whether the state will see a shortage of medical cannabis, and whether those possible shortages will emerge within days, weeks or months after sales begin.

While state regulators have somewhat downplayed the possibility of cannabis shortages while also implementing emergency rules to temporarily increase production, many in the medical cannabis industry say they are sure there will be shortages. But opinions vary when it comes to how severe those shortages will be.

Duke Rodriguez, the president and CEO of Ultra Health, one of the most prolific and arguably the most publicly visible cannabis producers in the state, has long warned that production limits would lead to a cannabis shortage when adult-use sales start on Friday. For years the Medical Cannabis Program, overseen by the New Mexico Department of Health, limited producers to 450 plants. Eventually, that number was changed to 1,750 and now many producers are allowed to have up to 20,000 mature plants. But Rodriguez said the damage of long-time production restrictions has already been done but that his company is in a better position than many others.

“I don’t have time for ‘I told you so,’” Rodriguez said of likely being proven right. “It’s going to be as we predicted, and we’re probably going to make the most of it as compared to any other operators in the state.”

Rodriguez said that although he expects there to be shortages of cannabis in the coming weeks or months, he doesn’t expect there to be overly-long lines on April 1, when non-medical cannabis sales will start, mostly because cities like Albuquerque and Santa Fe have an abundance of dispensaries. And whereas many cannabis company operators may be ready for a busy day on April 1, Rodriguez said he expects to be “very relaxed.”

“I expect to be around at a few of our stores and wish our people well and welcome a few new consumers to our location. And I expect to sleep very well the night before and evening of April 1,” Rodriguez said. “I’m not overly concerned, I think we are as prepared as anyone for what’s about to happen, and I’m not telling you it’s going to be pretty, but we’re prepared to handle it.”

Rodriguez has collected data from states like Colorado to base his theory that New Mexico will see an increase in medical cannabis cards, which he has said is just one more reason the state will see increased shortages.

Ben Lewinger, the director of the New Mexico Cannabis Chamber of Commerce, sees things differently. Lewinger also said he is not so sure that cannabis shortages will emerge on the first day of sales and that it will be more of a “rolling brownout situation, or rolling greenout situation until August or September.”

But he added that he doesn’t think anyone can be entirely sure what the first day of sales will look like, but he does expect to see lines at dispensaries.

Lewinger praised the state’s Cannabis Control Division for preparing for adult-use cannabis sales within less than a year, which was a requirement in the state’s legalization law.

“I think the promise of the Cannabis Regulation Act was an expedient timeline to get to our first adult-use sale, and I think that there were some bumps in the road in terms of how quickly the state had hoped to get new licenses issued,” Lewinger said.

But, Lewinger said he hopes that a provision in the law that requires all cannabis producers to reserve some of their products for medical cannabis patients will help those patients keep up on their supplies of medicine.

“So long as patients’ supply is protected, temporary shortages for new consumers is not the biggest deal in the world, and certainly not nearly as bad as dealing with some longer-term issues related to oversupply or related to not standing up this new industry in the way that it should be.”

Tony Martinez, who owns and operates the Aztec-based cannabis producer Lava Leaf Organics with his father and brother, said although his company received the first cannabis license in the state and is filling his grow space with plants, he doesn’t plan to open a retail location until the fall. Part of Martinez’s decision is based on his outlook for supply. Like Lewinger, Martinez expects things to even out by September. But, Martinez said, he expects many first-time producers to quickly run out of products.

“I kind of feel like those types of operators are probably going to open and then close, because they’re not going to have enough supply to stay open for probably even weeks,” Martinez said.

Comparing the first several weeks of the COVID-19 pandemic when stores ran low on things like toilet paper, Martinez expects that many legacy producers will see sales increases much larger than they expected.

“It’s not going to take very long with social media for people to find where the product is, and then that supply will be overwhelmed.”

Tips for patients and newcomers alike

Both Lewinger and Martinez have similar tips for cannabis consumers for both the days leading up to April 1 and the day itself. Martinez said current medical cannabis patients should consider stocking up on their medical cannabis in the next several days if they can afford it, but also consider growing cannabis at home.

“As for patients, I would tell them to go out before [April 1] and buy yourself what you consider to be an adequate supply of [cannabis] flower to last a month or two if it’s within your budget,’” Martinez said.” But I would also say to some of those people, if you rely on this as medicine, now that we don’t have to have [personal production licenses], get someone that’s your loved one or family member growing.”

For those who may not need cannabis as a therapeutic, Martinez recommends low dosages and plenty of time between doses.

“For those trying it the first time, I would just say, use caution and listen to your body,” Martinez said. “Start with a small dose.”

Lewinger also recommended cannabis newcomers take things slow until they fully understand what they can handle.

“If you’re new to cannabis, go slow with the edibles and definitely lean on the experienced budtenders at dispensaries with any questions that you have about your desired effects,” Lewinger said.

Many long-time cannabis users already understand that it can take much longer to feel the effects of edible cannabis products and those effects are often much more intense.