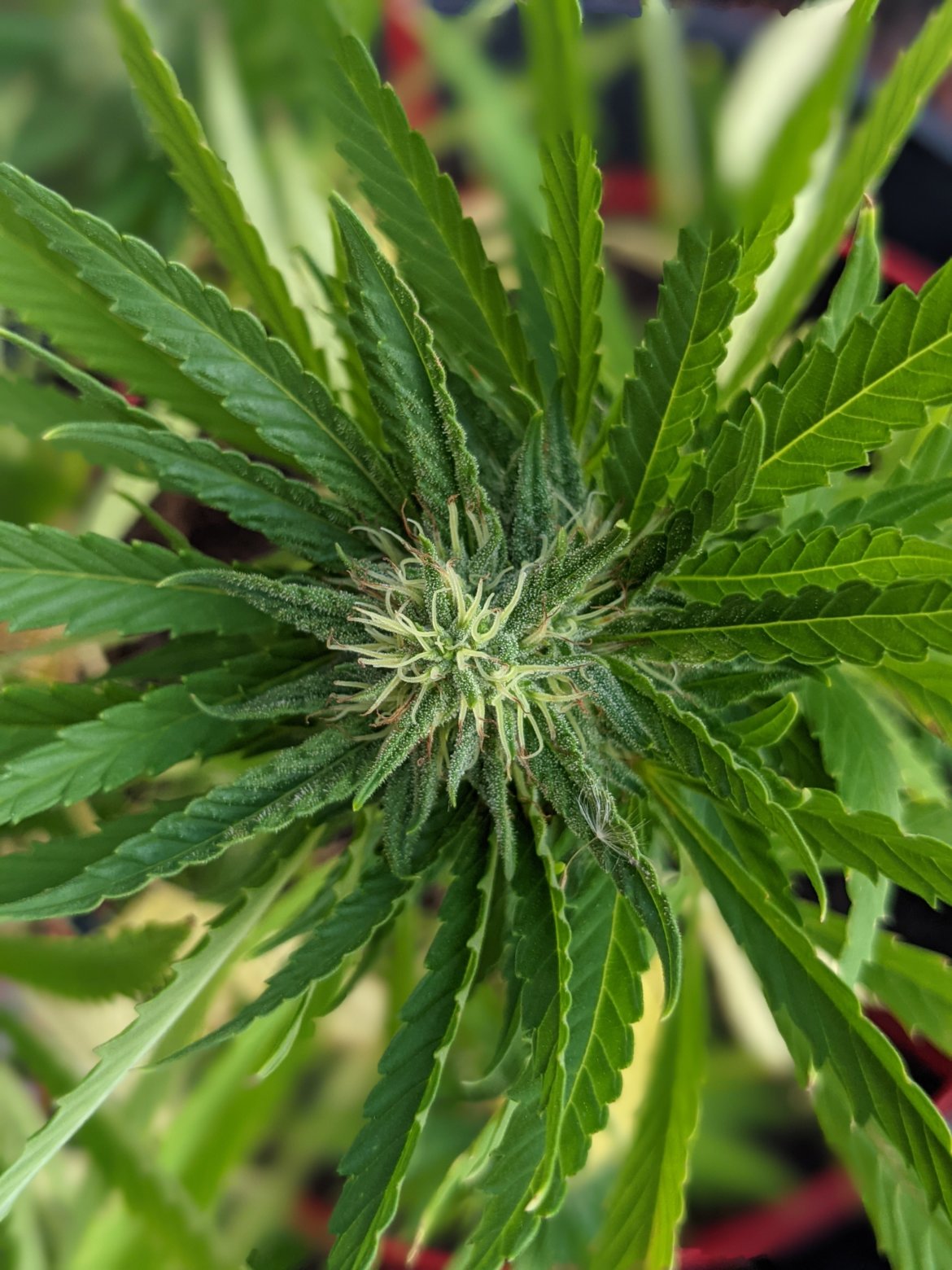 Lujan Grisham spoke with reporters in Albuquerque at Everest Apothecary, a cannabis dispensary. She said she was “excited” to see New Mexico finally take part in a legal adult-use cannabis industry.

“Today is like the fruition of a ton of work by a lot of incredible people making sure that New Mexicans have access to recreational adult-use cannabis in exactly the way they want and it’s a huge economic opportunity for the state and I’m feeling terrific,” Lujan Grisham said.

Lujan Grisham told reporters on Friday that she estimates the state could see about $50 million in cannabis tax revenue in a year.

Victor Reyes, the deputy superintendent of the New Mexico Regulation and Licensing Department, which oversees the Cannabis Control Division, praised the department’s staff for preparing for recreational-use sales in about 10 months.

“We stood up a brand new industry for our state in less than a year,” Reyes told NM Political Report. “That is something that other states couldn’t even think about doing, and we did it because we knew that it was important from our values perspective, to make sure that recreational cannabis was legalized and done so quickly.”

According to The Cannabis Control Division, total sales on Friday surpassed the $2 million mark as of 5 p.m.

While the Cannabis Regulation Act limits some restrictions from municipalities and counties, local governments can and have passed ordinances specifying allowable operating hours for cannabis retail businesses. In Santa Fe, for example, dispensaries were allowed to open as early as 7 a.m. and cannabis retailers could open their doors at 10 a.m., but one southern New Mexico city saw legal cannabis sales start just after midnight. Cannabis producer and retailer R. Greenleaf was likely the first to open its doors for adult-use cannabis sales because Las Cruces city officials did not implement restrictions on when dispensaries can operate.

A mix of medical cannabis patients and first time buyers of legal cannabis lined up at dispensaries around Albuquerque on Friday. Some businesses staged events and special giveaways, while others quietly worked through the lines of customers and patients.

Ellie Besancon, the executive director of Red Barn Growers, said her company decided to skip the “big fanfare outside” because they were not sure what sort of crowds would show up.

“I wanted to make sure that we kept people safe and that we could sort of manage the chaos if it got to be chaotic,” Besancon said.

At Green Goods, an Albuquerque dispensary that is part of the Red Barn Growers brand, there was a steady line both inside and outside the building, but Besancon said things had been running smoothly all day.

“This is about as amazing as I could have hoped for,” she said. “People have been in really good spirits. They’ve been calm, they’ve been respectful of each other and I think they’re just excited to get their groove on.”

At least two medical cannabis producers that have been licensed by the state for years, usually referred to as legacy producers, made the decision to only open their doors to those with a state-issued medical cannabis card.

Cannaceutics Inc., an Albuquerque-based cannabis producer announced on Facebook that the company would “remain medical only at this time,” as a way to support their “loyal patients.”

Sacred Garden, a cannabis company with locations in Santa Fe, Albuquerque, Ruidoso and Las Cruces, also announced that it would only sell cannabis to registered patients. Sacred Garden President Zeke Shortes told NM Political Report that it was a “very tough,” but necessary, decision to limit sales to patients.

“I’ve been waiting for this day, for [recreational-use] sales, because I think it’s the right thing to do, for 12 years,” Shortes said. “Now I can’t participate in it, because this state does not have enough weight, or anything close to it, to be able to support a [medical program] and even a little bit of a rec market, certainly not a full rec market.”

When the New Mexico Legislature passed the Cannabis Regulation Act last year, some advocates questioned whether a year was enough time to set up a new cannabis regulatory division and issue licenses for new cannabis producers. Regardless of whether the state had enough time or not, Shortes said he thinks that if the state had issued additional cultivation licenses last summer instead of late last year, the issue of supply would be less of an issue. Shortes said he hopes to start expanding sales to non-patients by April 20 this year, an important date in the cannabis culture.

“We’re going to wait and see what the supply chain looks like,” Shortes said. “I would love to use a significant date, like 4/20 to actually start rec sales.”

But, Shortes said, he is not sure Sacred Garden can bolster its supply after word gets out that the company is catering to cannabis patients.

Many cannabis dispensaries told NM Political Report on Friday that the cannabis wholesale market is all but frozen as most producers are holding on to their supply until the demand for cannabis is more clear.

“Even more importantly, though, New Mexicans must remember not to drive after consuming cannabis. Driving under the influence puts consumers and others on the road at risk. Law enforcement will be doing their job to keep roads safe. We encourage anyone who plans to consume to have a designated driver or use a taxi or ride-share service,” Thomson said.