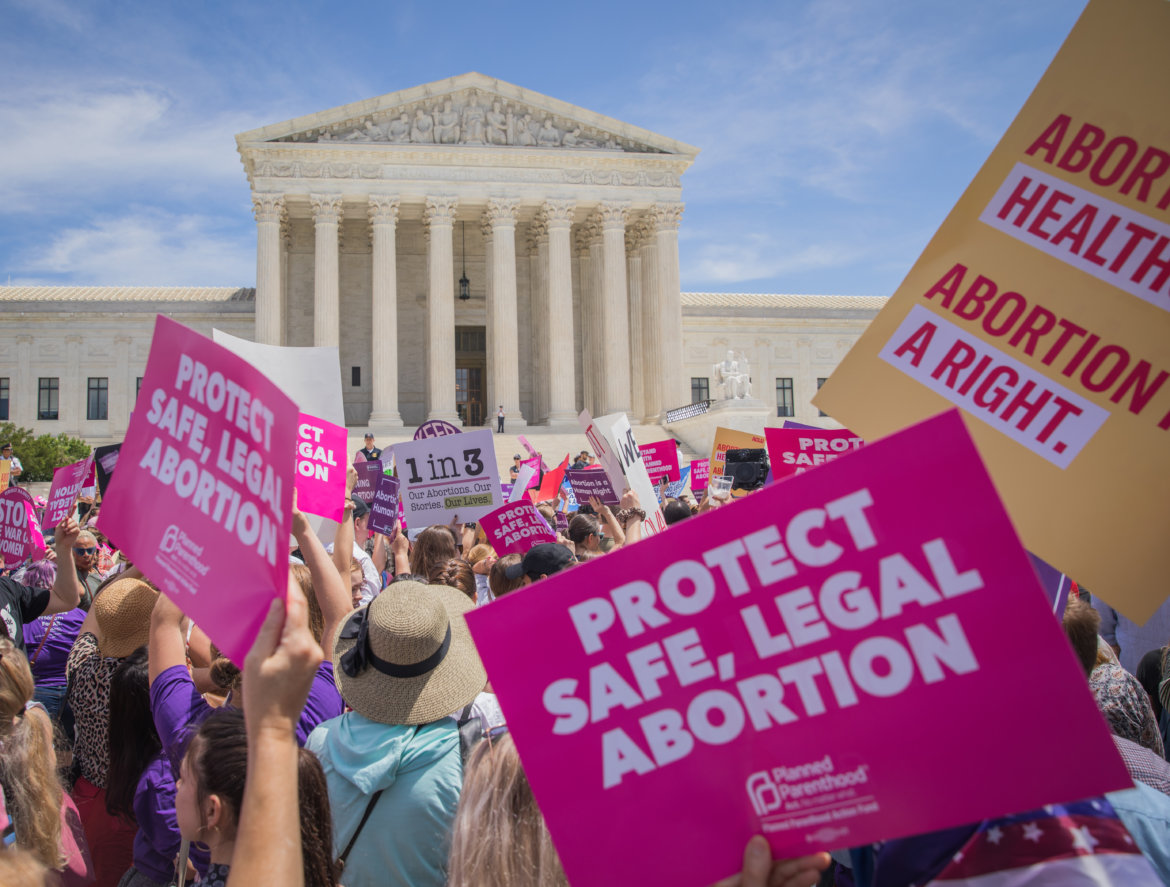 Two states are considering laws – one that supports abortion rights and one that doesn’t – that attempt to reach out of their states’ jurisdictions.

One bill, California’s AB 1666, protects Californians from Texas SB 8 and other copycat state laws prohibiting “aiding or abetting” an abortion in states where abortion is banned or restricted, such as Texas. The legislation seeks to explicitly protect Californians from Texas’ legal scheme, which enables anyone to sue those who help a Texas individual to obtain an abortion after six weeks of gestation. If passed, one possible way the bill could be applied would be if an entity or individual sued a California individual who made a donation to a Texas fundraising organization that helped a Texas abortion patient go out of state for their reproductive healthcare. Ellie Rushforth, an attorney with American Civil Liberties Union of New Mexico, said that so far, the Texas SB 8 law has not been “weaponized” in that way.

“We have not seen it [the Texas law] weaponized in that way just yet,” Rushforth said. “But it’s not to say they [anti-abortion organizations] won’t try.”

Missouri lawmakers are also considering a bill that would allow anyone to sue individuals or organizations in other states for helping a Missouri individuals to obtain an abortion out of state. Texas has said it will likely consider such a bill next year, according to Politico.

University of New Mexico Professor Maryam Ahranjani said the law, if it passes in Missouri, would not be enforceable in other states.

“The state cannot control what its residents do outside of the state. Certainly, the [U.S.] Supreme Court has been pretty clear about that,” she said.

But, Ahranjani said that what these laws really do is signal to the U.S. Supreme Court that there is support from these states for overturning Roe v. Wade. The high court is considering Dobbs v. Jackson Women’s Healthcare, the Mississippi case that most court watchers believe will bring an end to, or severely hamstring, the 1973 landmark decision.

“What these states do is signal to the Supreme Court as it moves into consideration of the Mississippi case, that if it looks like a significant number of states are limiting the right to an abortion, it’s something they would look at when considering whether to overturn Roe,” Ahranjani said.

Ahranjani said it’s a strategy that has the potential to backfire. She said that when the U.S. Supreme Court ruled against death penalty sentencing for juveniles convicted for violent crimes, it was clear to the court that, over a period of years, this was “clearly the will of the people,” because of state bans and a lack of sentencing.

“The GOP strategy is to try to show the court that states are supporting [anti-abortion laws],” she said, adding that polls repeatedly show that a majority of Americans support Roe v. Wade and reproductive healthcare rights.

Republican-led legislatures have pushed for more anti-abortion laws this year. Rushforth said 2022 has been “a really tough year for reproductive rights,” with a “record number of harmful bans and restrictions.”

As of March 31, state legislators across the country have introduced over 1,800 pieces of legislation on abortion access, she said.

According to the reproductive healthcare organization, the Guttmacher Institute, states which have passed bans and restrictions include:

Rushforth said there is another impact that such anti-abortion laws have that she said is intentional.

Ahranjani said “lots of crazy laws get proposed in state legislatures that are clearly, patently unconstitutional.”

“Generally they don’t make it all the way through,” she said, adding that one purpose of proposing such laws is “to make headlines for their base.”

She also said Congress will have to “step in.” But the U.S. Senate was unable to hear the  Women’s Health Protection Act, when GOP senators filibustered the bill. The U.S. House of Representatives previously passed the legislation.

Earlier this month law enforcement arrested and charged a woman in south Texas for a self-managed abortion. The woman did not commit a crime, but law enforcement charged her with murder. The charges were later dropped and she was released.

Rushforth said “this is not new,” and said another result of myriad anti-abortion laws is to create a culture of fear and stigmatization.

“We’ll continue to see criminalization for pregnancy outcomes. It’s the natural outcome of the highly restricted and stigmatized world we’re living in around abortion and, also, we need to really understand it’s not even the beginning. Women of color and immigrants have faced this kind of investigation and criminalization for a very long time,” Rushforth said.

As for what the California law suggests – that Texas SB 8 could be used to sue individuals or organizations in other states that “aid and abet” a Texas person obtaining an abortion, Ahranjani said if it began to happen, she hoped, “the courts would put a stop to that.”

“At least the federal courts. State courts are trickier. State court judges are worried about getting reelected whereas federal judges are more impartial,” Ahranjani said.

But she said she doesn’t think laws that attempt to have out-of-state jurisdiction reach, such as the Missouri bill, will stop reproductive organizations and individuals from helping abortion patients who need to travel to New Mexico to obtain reproductive healthcare. But she said “the fear of being targeted will be even more palpable.”

“I think the states are pushing the boundaries as far as they can go and waiting to be sued,” she said.

If the Supreme Court overturns Roe v. Wade, abortion will remain legal in New Mexico because the state passed SB 8 in 2021, which eliminated the antiquated 1969 language that criminalized abortion in the state. But Rushforth said “that’s the floor.”

“We can and should pass proactive, affirming legislation of all kinds around reproductive rights and justice. There are so many avenues that we can go down to expand and protect access here in New Mexico,” Rushforth said.