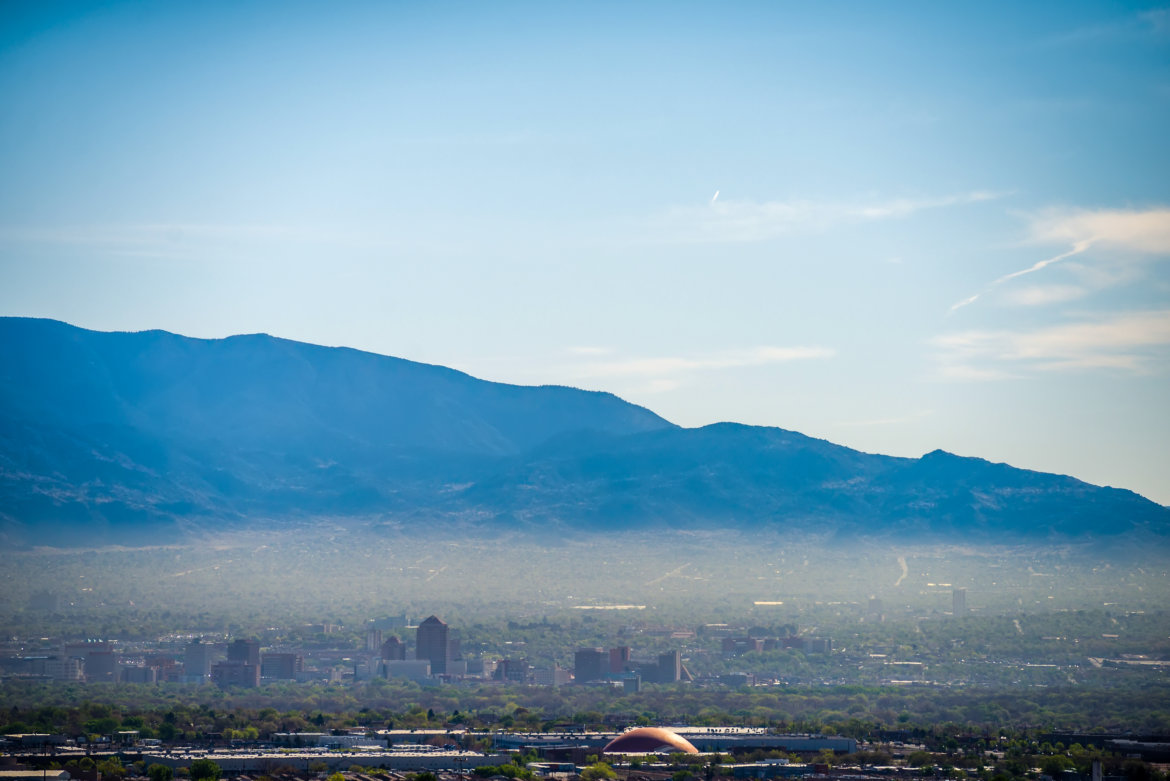 Albuquerque has some of the worst air pollution in the country, according to the State of the Air Report released Thursday by the American Lung Association.

The report ranked the city and its surrounding area with the 22nd-worst air pollution in terms of ozone from 2018 through 2020, and Albuquerque is seeing more days with high ozone levels.

The American Lung Association releases its State of the Air report annually. This is the 23rd report.

Ozone pollution, sometimes called smog, occurs when oxides of nitrogen and volatile organic compounds react with sunlight.This is generally caused by the combustion of fossil fuels. High levels of ozone can lead to health problems, including respiratory distress.

JoAnna Strother, a senior director of advocacy with the American Lung Association, said that in Albuquerque, transportation—including cars—are a major contributor to the high ozone levels.

The Environmental Improvement Board and the Albuquerque-Bernalillo County Air Quality Control Board will hold a joint hearing on May and 5 on the proposed Clean Car Rule. Following the hearing, the two boards will begin deliberations and ultimately vote on adoption of the rule. These deliberations could begin as soon as May 6.

The Albuquerque area experienced more days of high ozone pollution from 2018 through 2020 than it did during the 2017 through 2019 time period evaluated in the 2021 report.

She said the western United States experienced some of the worst wildfires in its history in the 2018 to 2020 time period. Smoke from blazes even outside of New Mexico brought particulate pollution into the area.

“We know that climate change is certainly making it harder for us to clean up and have healthy air,” she said.

Strother said the report gives an incomplete picture of air pollution because there are not enough air quality monitoring stations to gauge levels in every county.

“We can only evaluate counties that have air quality monitors,” she said.

The majority of counties in New Mexico do not have air quality monitoring stations and, therefore, are not included in the report.

Ten counties in New Mexico were included in this year’s report; however, Taos County did not have data about ozone pollution from 2018 through 2020. The report gives each county letter grades similar to what is used in school systems.

The report also evaluates particulate matter pollution, which is also known as soot. New Mexico counties fared better in that category, however less data was available. Only five of the ten counties had enough data available to give them a grade.

“More funding for air quality monitors is certainly needed so that we can truly start to see the whole picture of what we’re up against,” she said.

People of color are more likely to live in areas with poor air quality, such as near interstates or power plants, Strother said. That can impact their health.

“We’re hoping that by helping to clean up air pollution, moving to more cleaner, renewable energy sources that are non-combustible will definitely help these communities to breathe cleaner air,” she said.

Children, senior citizens and people with compromised immune systems or conditions like asthma, cardiovascular disease and chronic obstructive pulmonary disease are at greater risk of health impacts related to pollution. Pollution can also cause health problems for pregnant people.

“Anyone really, even a healthy person, can experience symptoms from poor air quality,” Strother said.

These symptoms can be coughs, itchy and watery eyes or difficulty breathing.

She said the American Lung Association is calling on President Joe Biden’s administration to set higher standards for annual and short-term particle pollution.

On days when there are high levels of ozone or particulate pollution, Strother recommends that people, especially from vulnerable populations, reduce the time they spend outside and keep windows closed as much as possible.

Last week, the New Mexico Environmental Improvement Board approved ozone precursor rules to reduce emissions from the oil and gas industry in counties with high levels of ozone pollution. That does not include Bernalillo County, which has its own air quality regulatory agency.

Strother said the American Lung Association hopes that as those rules are implemented, New Mexico will see fewer days with high levels of ozone.