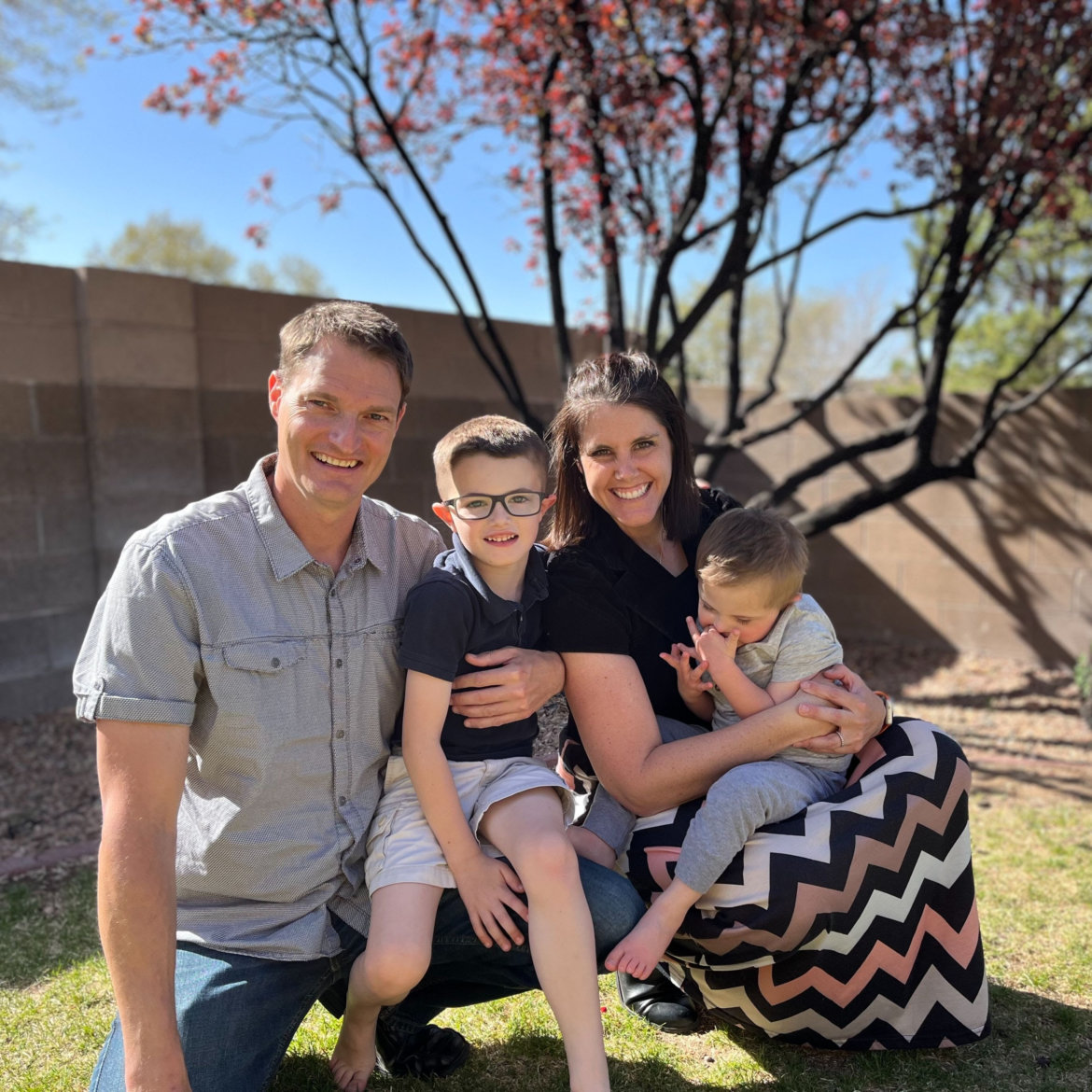 Medicaid is required to provide at-home care to severely disabled children whose ability to live at home is dependent upon trained nursing, the complaint states. Jesse Clifton, a lawyer with Disability Rights New Mexico, said the state has about 400 medically-fragile children, some of whom are not receiving any at-home nursing despite qualifying for it. He said he anticipates more families will join the lawsuit.

The state is providing federal funds for that coverage, Clifton and Holly Mell, also a lawyer for Disability Rights New Mexico, told NM Political Report. They said the state is not managing the program to ensure that the MCO’s are adequately staffing the need. The New Mexico Human Services Department and Dr. David Scrase, director of the department, are also named in the suit.

One of the children named in the lawsuit is a four-year-old with severe disabilities named Caleb. Caleb’s parents, Jeremy and Victoria Vaughan, told NM Political Report that Caleb has Down syndrome, is nonverbal, wheelchair bound, is fed through a tube, receives oxygen at night and has a rare seizure disorder.

According to Clifton, Caleb is required to have 176 hours of at-home nursing but his family receives 76 hours. Caleb’s father, Jeremy, is a New Mexico State Police officer who was recently shot while on duty. This has added to the family’s stress because Jeremy cannot lift Caleb or leave the house with him but sometimes has to be left alone with the four-year-old because the family does not receive all of the at-home nursing care they need, Jeremy said. When Caleb has a seizure, he is at risk of death, Victoria said.

“There is always that risk. We don’t know if he’ll die from a seizure. We live in that, what we don’t know what life will look like for Caleb six months from now or a year. We’re trying to make sure Caleb has not just the best quality of life, but the medical care he deserves and needs to have,” Victoria said.

Victoria said that when her husband, Jeremy, was shot in February, her first call was to a nurse for their son.

“You would think the first call would be to my husband,” she said. “That’s how pressing an issue it is to parents of medically-fragile children. I needed to make sure she [the nurse] could stay with him [Caleb] because I didn’t know when I would come home and if Caleb couldn’t be taken care of, I couldn’t go to the hospital. It’s a really awful feeling. I can’t just call a friend or neighbor, I have to have a medically trained nurse to do so. It’s always in the back of every parent’s mind. It’s all encompassing.”

Clifton said he thinks that families who have medically-fragile children and live in rural areas are more likely to face issues than families who live in the state’s urban centers. But he said there are some unknowns because the families are often isolated and he believes there are families in New Mexico who qualify for 40 hours of at-home nursing for medically-fragile children but that providers have told the families not to expect anyone to come.

“It’s important to keep in mind, these are some of the most vulnerable children in the state with the most severe disabilities. Part of the difficulty for these families, because there are so few of them, they get really isolated throughout the state. They might have the only kid with this particular diagnosis so that kind of isolation can have an impact as well,” Mell said.

Jeremy said one of Caleb’s nurses is ready to retire but has held off for Caleb’s sake.

“We’re getting ready to get to the point where we have only one nurse available. When he’s choking or having a spasm or a seizure, it’s unbelievably dangerous,” Jeremy said.

Jeremy and Victoria talked about how hard it can be just to make dinner without an in-person nurse present to watch him in case he goes into a seizure. Jeremy referred to the family taking a vacation as “a dream.” But putting Caleb into an institution is Jeremy and Victoria’s “worst nightmare.”

“It’s every parent’s fear of a medically-fragile child. We don’t want that to take place. Our family is willing to make extreme sacrifices for that not to take place. Sometimes it’s too overwhelming and we don’t have that many options,” Victoria said.

Another stressor for the Vaughan family is that, without adequate at-home nursing, their other child, six-year-old Tommy, suffers, too.

“Jeremy’s not at home, there’s no nurse, I try to have an interaction between Tommy and Caleb. Tommy shows something to Caleb, he goes into a seizure and smashes Tommy’s face. In that case, do I tend to my typical child with his nose bleeding or to my child having a seizure? I have to make a decision between my two children. It’s a really difficult situation to be in,” Victoria said.

Mell said the at-home nursing shortage was an issue before the COVID-19 pandemic began and that the University of New Mexico did a study a few years ago that found that half of the approximate 400 families who have medically fragile children in the state were not receiving the care they were eligible for and the state was supposed to be providing.

“We’ve seen managed care organizations and the state try to address nursing shortages where it’s an issue but not made to this system,” Mell said.

Mell said the state has a legal obligation under federal law to ensure these families have access to these services.

Mell said the pandemic made life harder for these families because other forms of support, such as from the public schools and visits to emergency rooms at the hospitals, were not as available.

Victoria told of what a family outing can look like when she does have a nurse with her. She said she took Caleb shopping recently and his nurse helped place him into a special walker which, in turn, allowed him to interact with some teenagers. Victoria said the teens “whooped and hollered” because Caleb could chase them in the store as they cheered him on.

Jeremy said his family, for all of the difficulties they face, are more fortunate than some because they have two incomes. He said there are families with medically-fragile children who have one active parent or one income.

“These children are such fighters. Caleb doesn’t have a voice. He can’t tell us how he feels about any of this,” Victoria said.

Jodi McGinnis-Porter, spokesperson for NMHSD, said the department doesn’t comment on pending litigation. Presbyterian Health Plan issued a statement that said it is aware the lawsuit has been filed but has not been served yet. New Mexico Blue Cross and Blue Shield said in a statement that it could not comment on pending litigation. Western Sky Community Care did not respond to a phone call and a person who answered the phone did not provide an email address. Centene Corp., which owns Western Sky Community Care, also did not respond to a request for comment.